The dancer gathers strength at the legendary Madrid tablao with his elegant dancing and strong back-up.

Those of us who have followed Jesús Carmona’s performances have always seen him as an intelligent disciplined, elegant dancer with endless resources and great creative possibilities.  Which is why, last night, when he closed his eyes on the stage of Corral de la Morería, we thought he was actually evoking an entire universe of this own under his eyelids. And when some smiles slipped out on their own, we were overcome with the desire to accompany him on that “Camino” that brought here in the first place, through February 13th.  To such an extreme that when the show was over, some members of the audience got up on stage as if by stepping on it, they could trap the secrets of footwork.

Because, the more you think about it, the most beautiful thing about art is it’s capacity to be expressive and make us squirm in our seats, if only for a fraction of a second.  Something which Carmona manages to do in the most natural way, with a kind of freedom and self-assurance that’s harder to perceive in a theater in which the Catalonian moves so well.

Somehow, in this famous venue that strives night after night to make anyone present feel right at home, the dancer shows power, reflecting in his leg muscles the strength he puts in his dancing.  Becoming strong in his slow dancing, in his upright form, his endless turns, his elegant postures, his perfect arms.  And above all, in the complicity of a back-up group that cheers and protects like a brotherhood, something you see less and less in large format shows.  How wonderful to see them all pulling in the same direction.

The truth is, due to the dimensions of the stage, Carmona’s brute force, and that of Jerez singer Mara Rey, who had the audience eating out of her hand with her earthy interpretation of the bolero Corazón Loco, the group of four singers, two guitars and four dancers might not have been necessary. In fact, the role of Estela Alonso, dancer with the Ballet Nacional de España, and one of the most brilliant interpreters of ‘escuela bolera’ and classic Spanish dance, was especially welcome as she gave a touch of sweetness and was a respite from moments that were way over the top.

In any case, if you’re in Madrid or passing through, don’t miss this show that you’ll find on your table as a kind of menu.  Because there’s flamenco, there’s truth and there’s passion.  And there’s also a dancer with talent, and a bright future ahead of him. 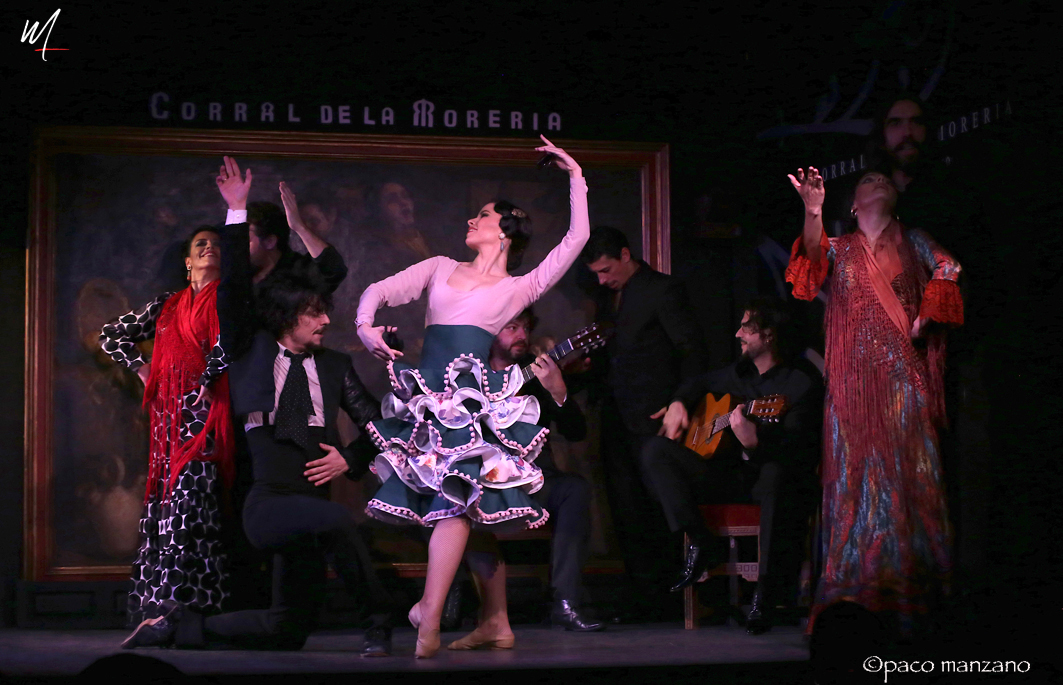 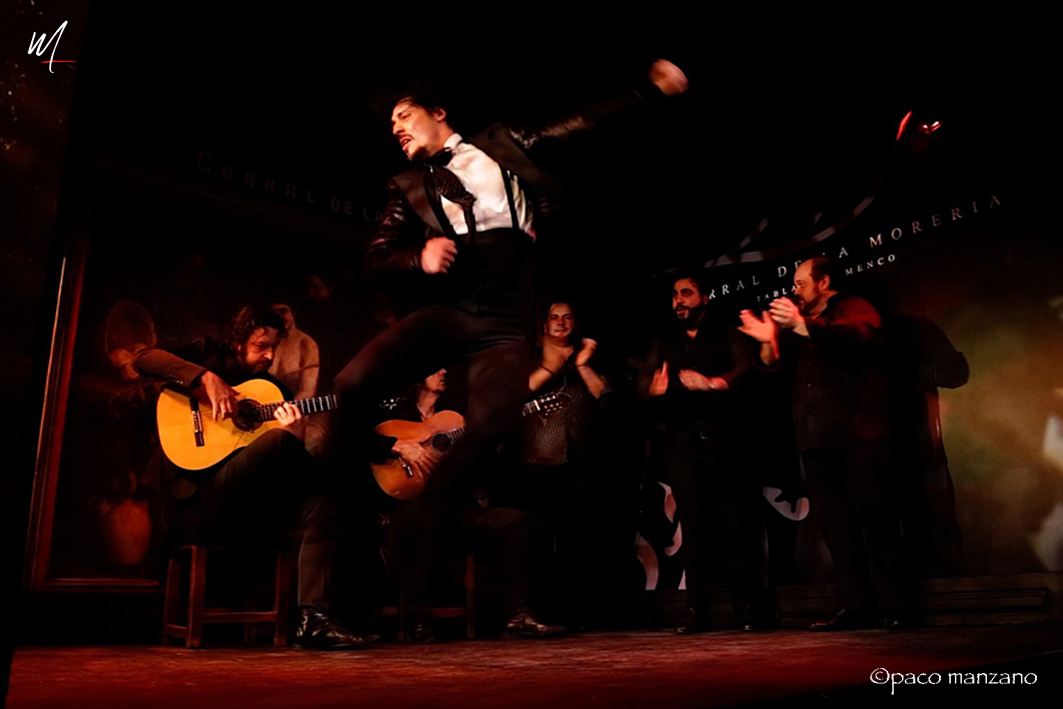 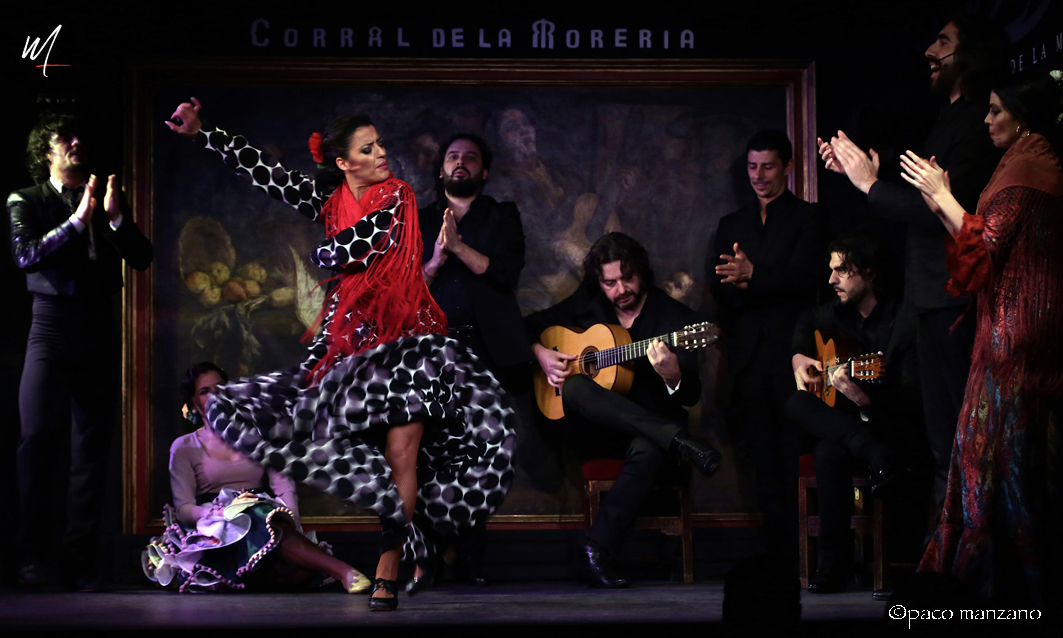 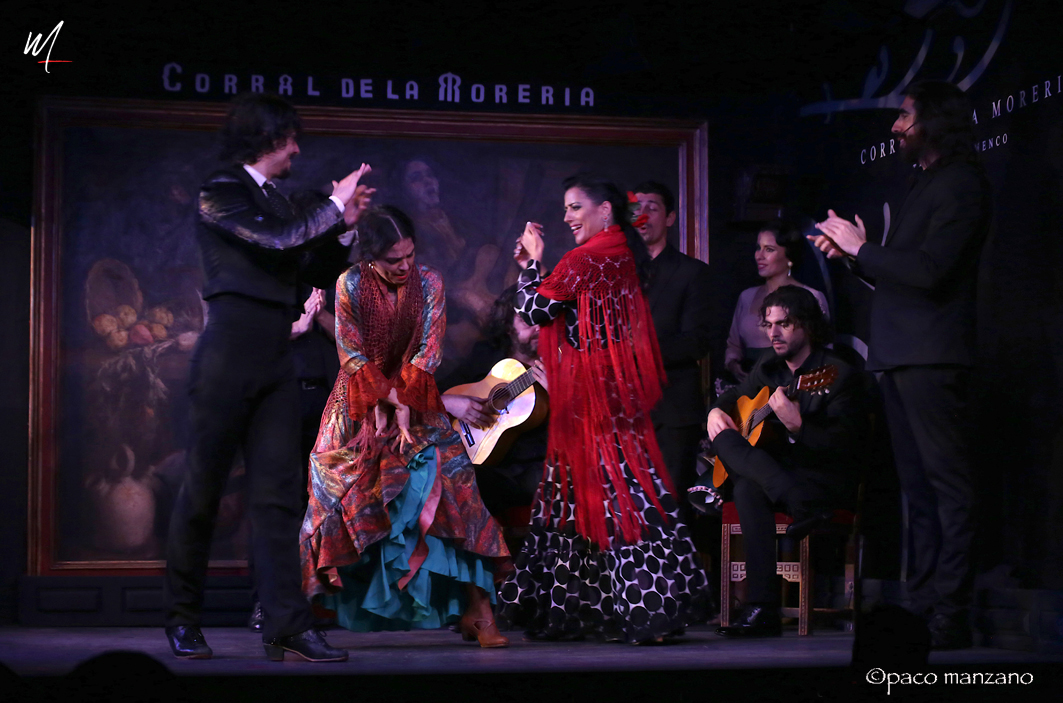 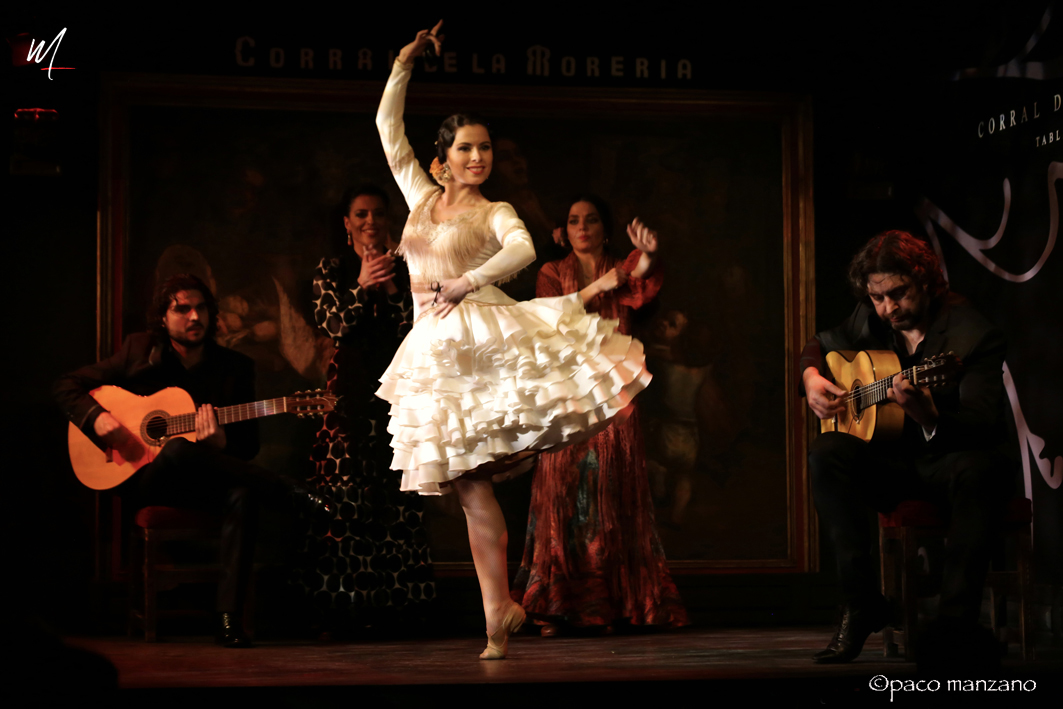 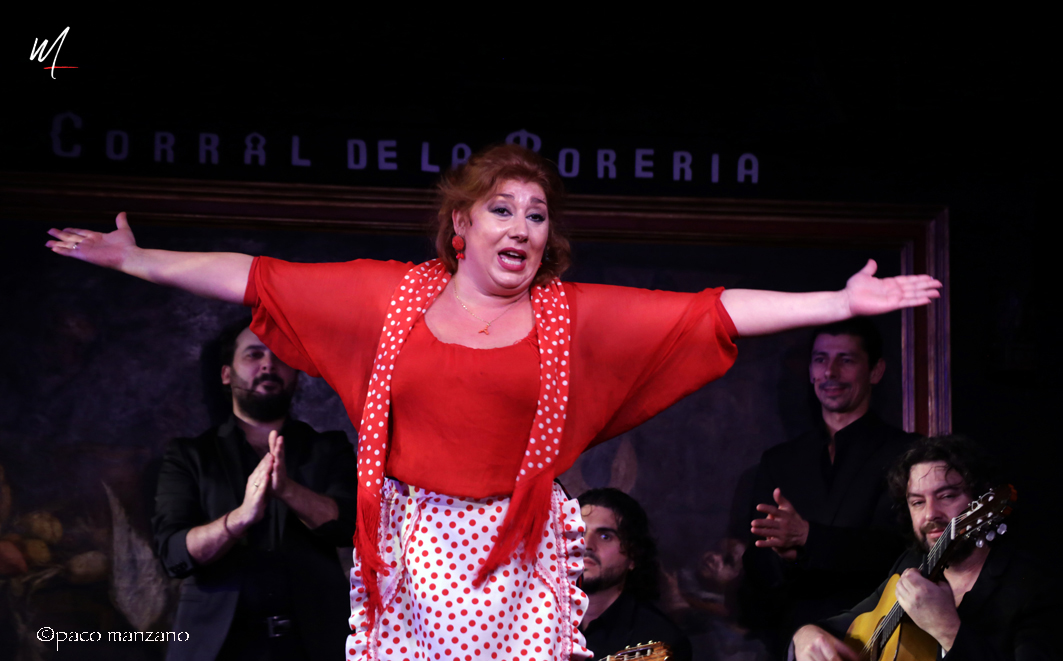