At the door of the Tarantos club in Barcelona, a line of tourists waited for their half-hour dose of canned flamenco.  Behind the door there are seasoned performers who, with those three shows, one after another, identical and barely cooked, will be able to continue living thanks to what they do.  Next-door, at the Jamboree, almost no one was waiting.  What is going to take place inside is incompatible with rows, although seeing the difference between one door and another, you just want to shout: “go to the other place!”, and explain to them the relative merits of going on a diet of fast-food flamenco produced on an assembly-line and served in grease-spotted boxes. 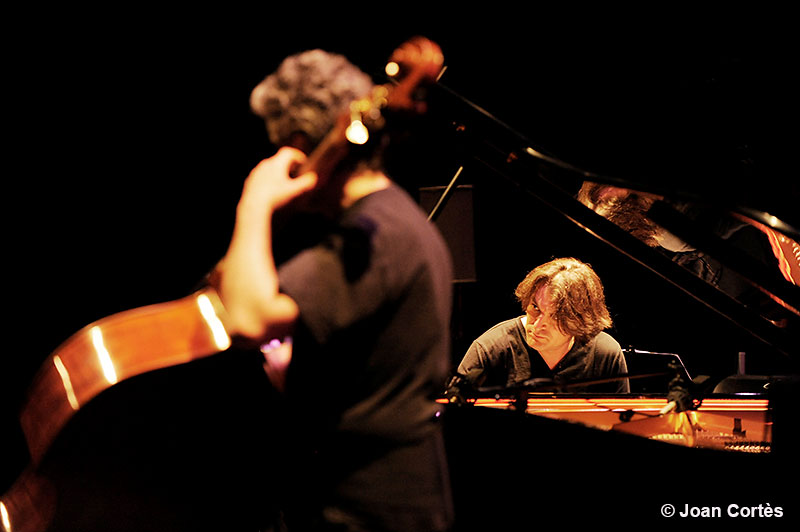 What is heard at the Jamboree has no excess of salt, nor of grease, it’s healthful and enriches the soul.  The music of Dorantes and Renaud García Fons, is the result of many hours stolen from their adolescence, and life, and the family, to play, play and play the piano and double bass, instruments with which they invent a kind of flameco that Nina Simone and Billie Holiday would have sung trembling. Or “Perrata and Fernanda de Utrera” as the pianist says, adding: “who needs any more than that”.

Together, they presented  “Paseo a dos” in Barcelona, nearly a year after it was released, a jewel of a record that includes pieces that get you right in the head, like being born again each time you hear them.  For the presentation in Barcelona, they began with the rondeña “Promesa del Alba” and the mutual communication was perfect from the first moment.  “There are people you feel you’ve known all your life”, Dorantes told Deflamenco talking about Renaud hours before the concert.  That rapport they share was clear from the first piece: they look at each other, they understand one another, it’s obvious, and if they don’t look at each other, it doesn’t matter, they play like one being.  Next was bulerías, and then soleá, a form Dorantes says he would like to take back to the past so his grandmother could sing it with Billie Holiday, can you imagine?

On stage, nothing out of place, no grease.  Dorantes and García Fons have eliminated all residue in their formative years, they have a deep understanding of the music they play so that the audience has only to savor it.  And they do so without making you feel like an idiot.  They know the weight of their gift: they get involved in order to make our lives more beautiful and rewarding. “It’s  bad music that ought to be for minorities”, said Enrique Morente, about whom Renaud admits he would have loved to have heard sing some of the pieces on “Paseo a Dos”.  He also named Al Jarreau, an interpreter with an unlimited capacity for rhythm and improvisation.  Someone just like himself, without a doubt.

After the soleá, each musician performed a solo.  On this occasion, percussionist Javi Ruibal was not accompanying, so each interpreter added an instrument to his own: Dorantes converted his piano into a guitar, and also a cajón, and Renaud made his own instrument a voice, a guitar and at times, percussion.  The guajira “Entre las Rosas” had a delicate sound, and the Frenchman put the musical base while Dorantes was the voice, the precise opposite of how the malagueña was interpreted.  For this piece, which turned into a beautiful neverending encore, the “voice” was provided by the Frenchman tuning up the fifth string invented by him for the bass, and Dorantes was the guitar, loving accompaniment with which he followed his partner’s pulse.

The audience gave a standing ovation, but barely an “olé”, this is Barcelona, the Jamboree jazz club, and perhaps for this reason the two men smoothed out some pieces, reducing the attack, and choosing instead the subtelty of pieces like “En el Crisol de la Noche”, played more smoothely than on the recording, less flamenco, but beautiful in another way.  The journey undertaken last night by the Frenchman and the man from Lebrija, would have been well-narrated by Pedro Salinas: “I don’t look where you’re looking, I’m watching you looking”, says the verse that sums up the way they two musical giants have of performing.  “Our music is constructed effortlessly, like something in perfect harmony.  And on the human level, it’s the same thing” García Fons told Deflamenco regarding his artistic and personal relationship with David Peña.  Both are men of many notes, and few words, a trait they share and which is reminiscent of something Gerardo Diego once wrote: “Music comes out of silence. Wherever there is silence, music sleeps”. 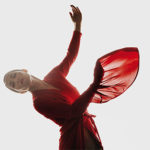