The very day of the second anniversary of the death of Paco de Lucía, Alfredo Lagos offered a recital of the music from his most recent recording “Punto de Fuga” at the Festival  de Jerez.  We were familiar with the repertoire, as the record debuted in 2015, but that didn't keep the audience from having an intense experience.  With this performance, it was very clear that decoration is unnecessary when there is substance: his guitar, a little percussion and some familiar voices were enough for the audience to wear their hands out applauding. 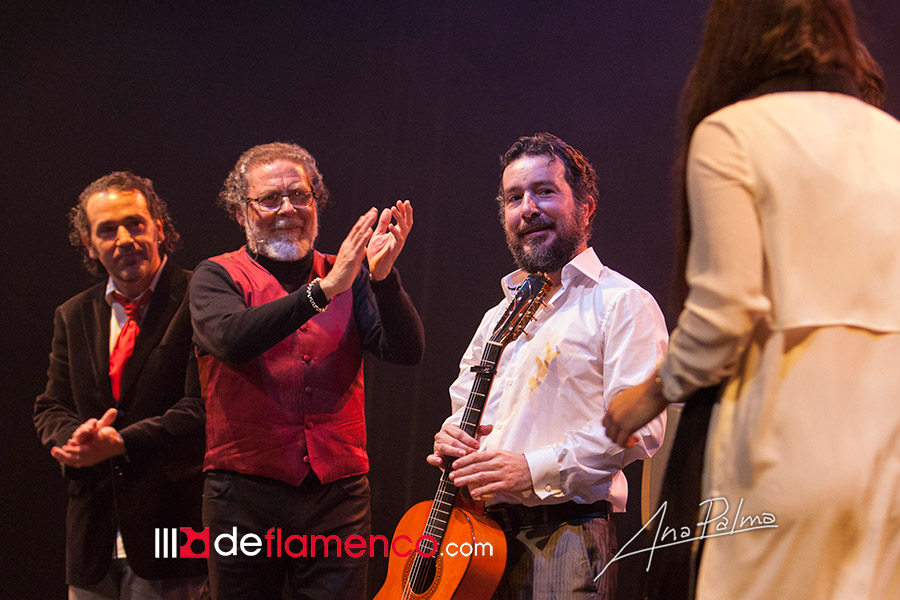 Rondeña, soleá, fandango (fabulous), taranta, tanguillos and bulerías. And a version of Astor Piazzolla's “Los Pájaros Perdidos” sung by Rosalía, the young woman from Barcelona who the night before accompanied the guitarist in the show J.R.T.  Diego Carrasco, and the guitarist's brother, David Lagos, also appeared to interpret “Escrito en el Agua” and “Niña”, undoubtedly the most moving moment of a performance in which Alfredo was quite up to the level of the anniversary of his recording.

The man from Jerez had a special glow last night, and it was transmitted by his guitar.  The amplification and lighting of the Sala Paúl worked against the show and the musicians, as well as the singers, but not even that could slow down the main artist who is clearly on a roll.

Alfredo Lagos is amazing, and that “vanishing point” which is the name of the recording, is in his head.  That's where the energy comes from, an energy which has felt different since some time ago.  This recording hasn't made Lagos a better guitarist, but it has made him a better artist, it's given him something extra.  It has relaxed him, and yesterday he was all smiles, almost euphoric, as if in addition to perfect execution, he were at last enjoying a way of doing things, his way, very demanding.

How does that affect his playing?  In that everything Lagos cooks up and delivers so well, is also communication.  And it's contagious.  A barrier has come down, who knows which, but his music no longer sounds of mere perfection, but of an act of love.  At least that's how it was last night.  And it feels like there's no going back from that click point.