fJust reading the names, the poster seemed to be singing…so much flamenco talent…  A tribute to our beloved Moraíto, okay, right, a festival like there used to be in the good ol’ days…thirteen singers (two substituted for health reasons), four great guitarists and a major star of dance, but above all else, the inauguration of an important new flamenco event.  If each year the Fiesta de la Bulería wraps up the Jerez calendar, we’ll now have the Festival Flamenco Jerez Gran Reserva to open the summer season.

It was an evening of landmarks and unexpected historic moments.  Just when you’re feeling somehow detached from what is today being presented as “flamenco”, there you have your Pansequito and your Juan Villar, singing as in their best years, the eldest veterans of contemporary flamenco, defending classic forms while at the same time adding their own unmistakable personalities.  Juan Villar with his guitarist Periquin, managed to get the entire audience of “two thousand and some” (an estimate supplied by the man at the door, and which seemed too conservative) to their feet with soleá, tangos and bulerías.  Pansequito was extraordinary in his accustomed register, although the Jerez audience doesn’t quite seem to get it.  What is it the old maestro from El Puerto does?  He simply invents his own particular universe, original and inspired, without betraying the forms, and there he manages to find his truth.

A trio of young hopefuls was fresh and encouraging: Manuel de la Nina, full of energy, Enrique Remache, sweetness with something more and Rafael el Zambo, serene and contained, these emerging artists opened with the guitar of another young man, Pepe del Morao.  In the Santiago neighborhood, flamenco rock music fever has calmed down somewhat, and there is interest in returning to classic flamenco singing as received from the elders.

Diego del Morao, son of the honored guitarist Moraíto, played for Antonio Reyes, currently a major star.  Dressed in gleaming white, the singer was able to win over the audience with his sweetly painful voice.  Felipa del Moreno sang bamberas, alegrías, fandangos and bulerías with her accustomed racial power and crystalline voice.  Macanita, with Manuel Valencia on guitar, seemed a bit distracted, but always manages to seduce us with her creamy voice and flamenco quality.

After a long time without performing due to health reasons, now the much-loved Remedios Amaya, a cult figure for many, has returned to the stage in this new festival looking absolutely beautiful and radiant, and clearly happy to be singing and to be alive.  Looking like an exotic princess in her silk tunic, with a heavenward gesture she dedicated her performance, remembering as well the 25th anniversary of Camarón’s passing: “this is for my Moraíto, my Paco de Lucía, my Camarón and my Torta”, and it became a shared prayer that triggered many a tear throughout the crowd.  Then, she “dared” to sing what was at one time her Eurovision failure, “¿Quién Maneja mi Barca?”, and the crown went wild.

And now, I’d be very grateful if someone could possibly explain to me where Manuela Carrasco gets that fascinating pharaonic presence from.  She had a surprise prepared as well: Rancapino hijo sang soleá for her, the first time the young man had sung for dance.  There’s a lot of misinformation about singing for dance, but flamenco has an infrastructure and a distribution of responsibilities that makes these spontaneous encounters possible, with no need for rehearsal.  At one point, you could hear the son of Rancapino senior through the microphone requesting instructions from the back-up: “so should I pick up the shawl and put it on her?”, but it went down as a charming anecdote.

David Carpio, the last singer to have been accompanied by Moraíto, was magnificent with Manuel Valencia on guitar.  Juana la del Pipa, or as the emcee called her, the “Tina Turner of the Calle Nueva”, delighted the audience with her brief performance.

In order not to come up short, the mega event wrapped up with the popular Capullo de Jerez, accompanied by guitarist Manuel Jero, managing to stir up the audience even more than usual.

Milestones, anniversaries, comebacks, sad endings and happy beginnings.  The feeling of watching history unfold before your eyes.  The great flamenco machine moves inexorably towards the future in small imperceptible steps that can never be undone.

(In addition to the artists named, the rhythm was kept throughout by ‘palmeros’ José Rubichi, Manuel Salado, Chícharo, José Peña and Manuel Cantarote) 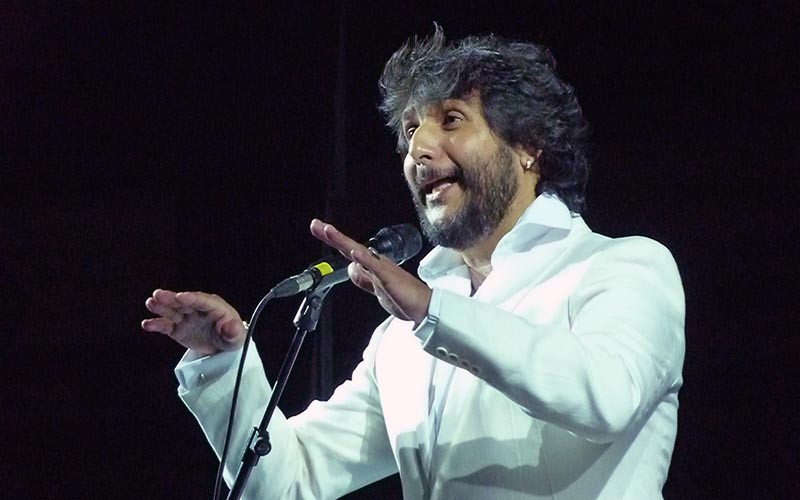 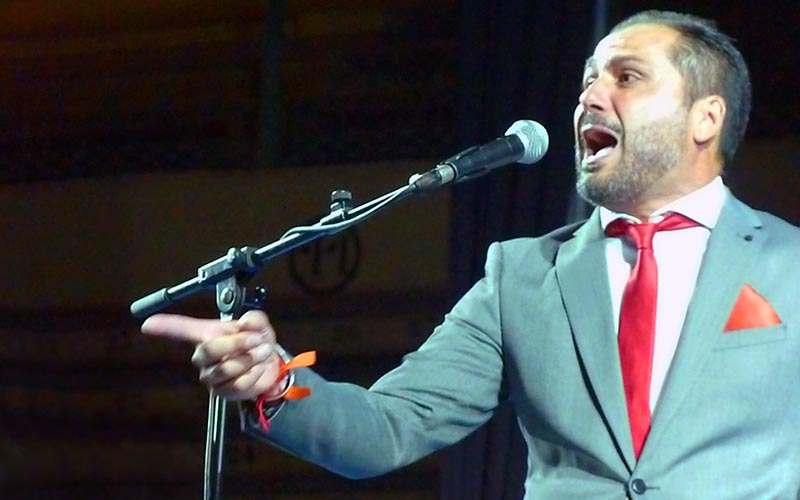 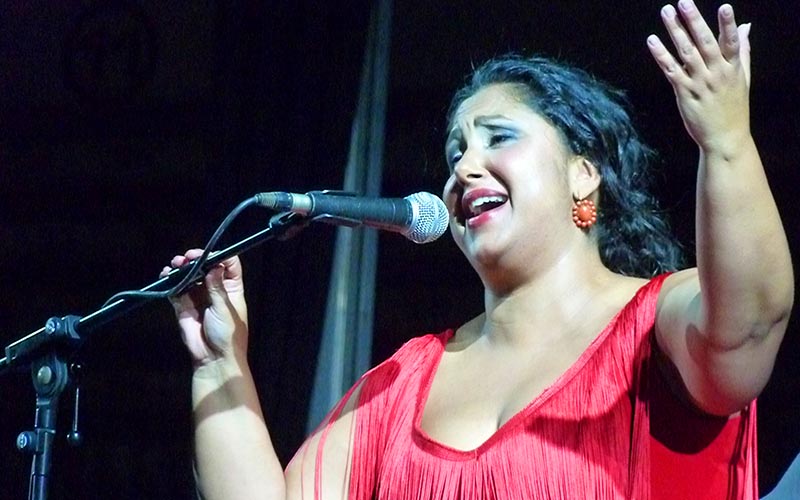 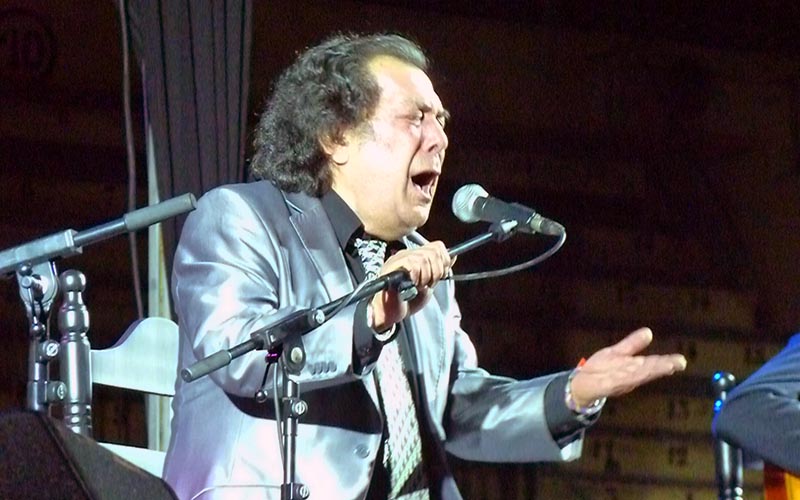 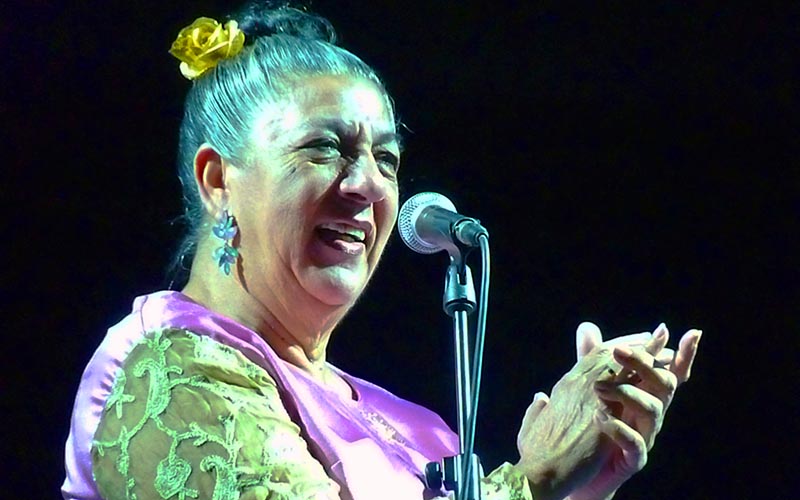 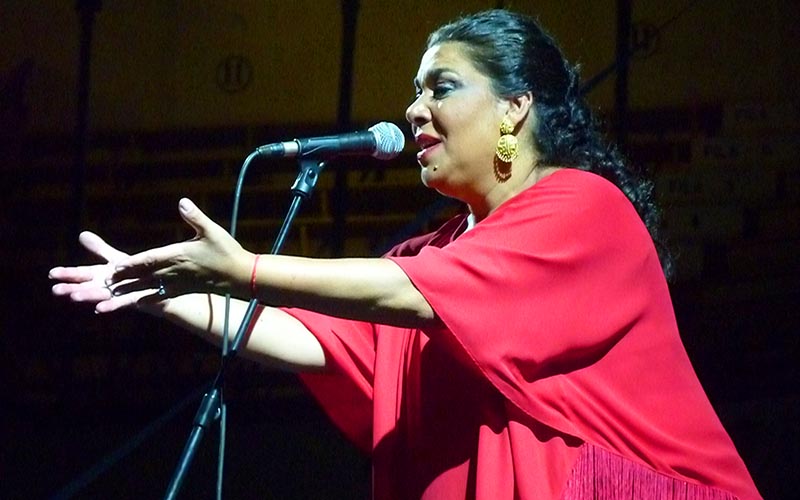 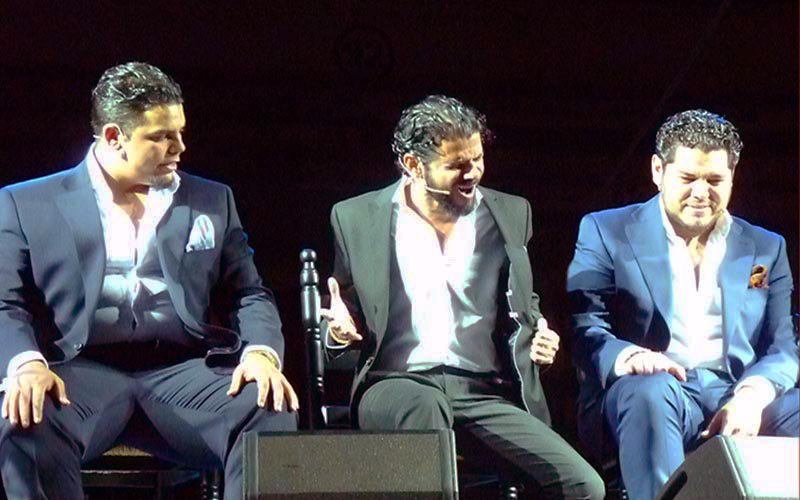 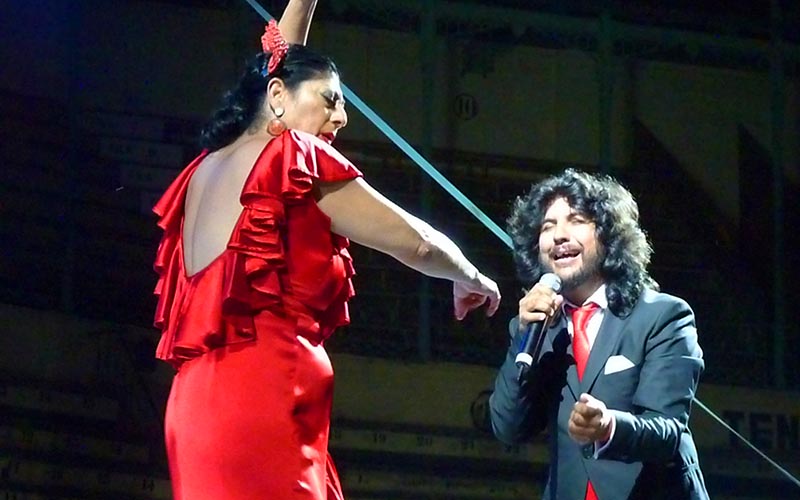 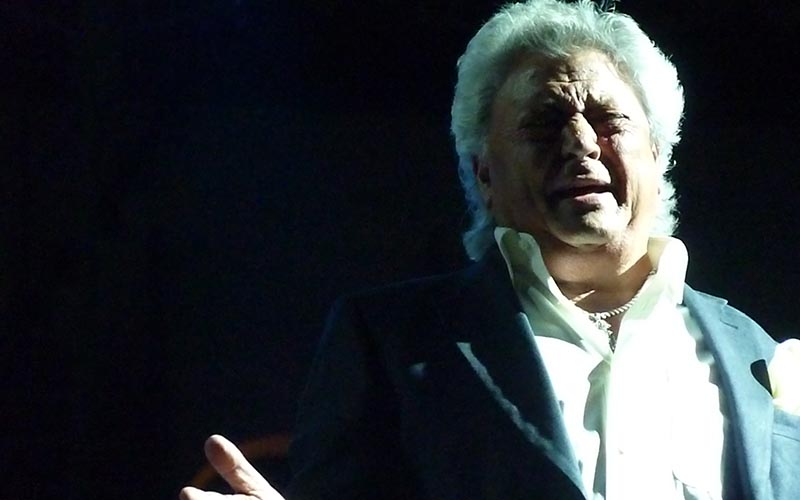 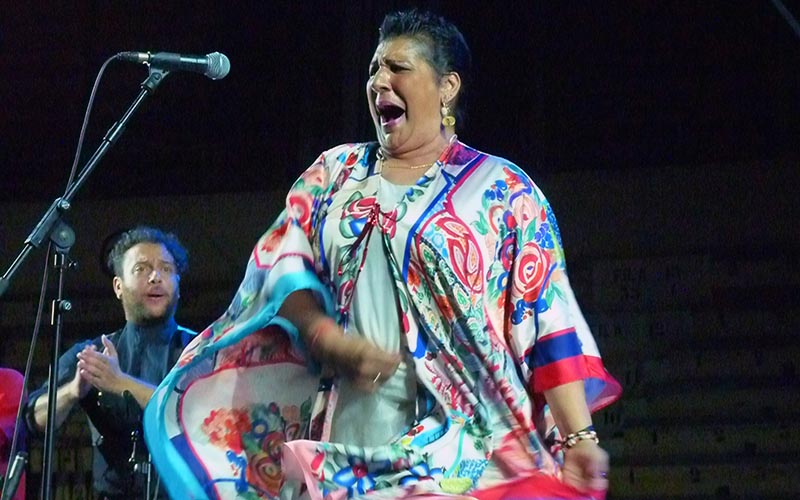