Marta de Troya.  With that very promising name, the program got underway at the Peña Tío José de Paula.  Rafael Reguera sang alegrías for the fine dancing of Troya opening the day's activities, followed at the Sala Paúl by Ana Salazar, another woman with no shortage of talent.  She presented a work in which she recites, interprets and dances: “Desayuno sin Diamantes”, the story of a diva in decline, although in fact the story-line lacked substance.  Salazar's best moments were, without a doubt, some of the dance passages, and the songs she sang that were reminiscent of María Jiménez and Lola Flores, much appreciated by the audience, and with which Ana felt very at ease.  Among the back-up musicians, the audience most appreciated Alfredo Lagos who, with his guitar, aimed to pull together the narration, occasionally receiving a warmer audience reaction than the central figure herself. Photo Gallery – Video 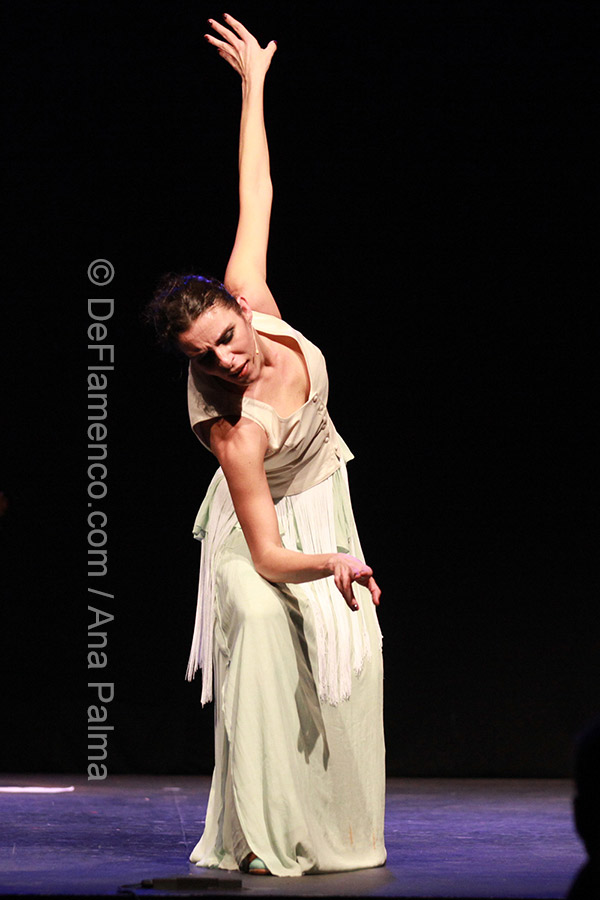 The fire of Gades

At the Villamarta Theater, the Company of Antonio Gades presented “Fuego”, a work inspired in Manuel de Falla's “El Amor Brujo”, and planned by Gades, although it was never seen in Spain.  The high points, without a doubt were the touches of the master himself as noted in several scenes, such as the slow-motion of several passages, as if the action were taking place in another time-frame.  The main dancers, Esmeralda Manzanas and Jacob Guerrero as Candela and Carmelo, understood each other, had a good rapport  and were correct and sober.  The company numbered over twenty people, and among them, one in particular stood out: Raquela Ortega, who along with Enrique Pantoja danced slow-motion sevillanas in a beautiful exercise of economy of movement where together they demonstrated that sometimes, to be the most expressive, it's enough to move very little, but with a great deal of flavor.

Ángela Núñez “La Bronce” contributed her conveniently worn voice, and her interpretation as sorceress that served as contrast to Carmela who is tricked by the specter.  The corps de ballet was splendid, disciplined and rhythmically spot-on, in addition to singing many popular themes from the work such as villancicos and sevillanas among others.  The story ends with a wedding, and nothing pleases an audience more than a love story that ends with fiesta, even though it's not real. 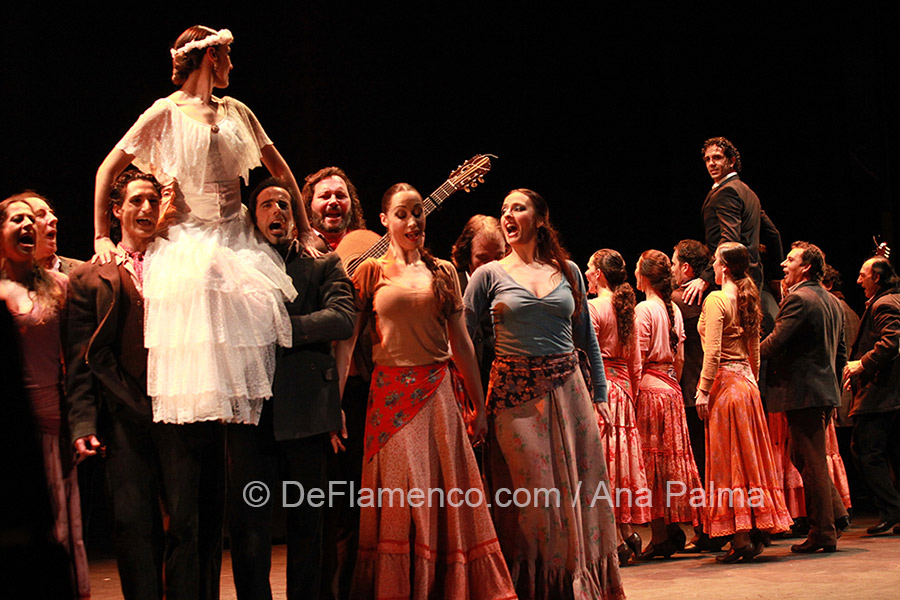 The midnight hour brought the dancing and imagination of Patricia Guerrero.  She was backed up by the versatile voice of José Ángel Carmona, violin, percussion and a guitar.  That was all she needed, because she fills the space on her own, whether it's the stage, or the rest of the venue.  She presented her work “Touché”, and that's precisely how she left the audience.

She was superb por soleá, extraordinary both in the modern vein and the traditional.  Patricia is an intersection: a dancer who manages masculine steps as well as feminine armwork executed in the most traditional fashion, as if she'd been born a century ago and been magically transported to the present.  Just one reservation, and in order not to be overly positive with someone so young: although she has plenty of flavor, a bit of the laid-back hip movement of Raquela would do her well.  This said, Patricia, with that small adjustment, could be amazing.  Because she has physical qualities, this is clear, but what serves her well is her keen intelligence that manages to get the most out of everything in her reach.  If that's not raw talent, let Gades come and see for himself. 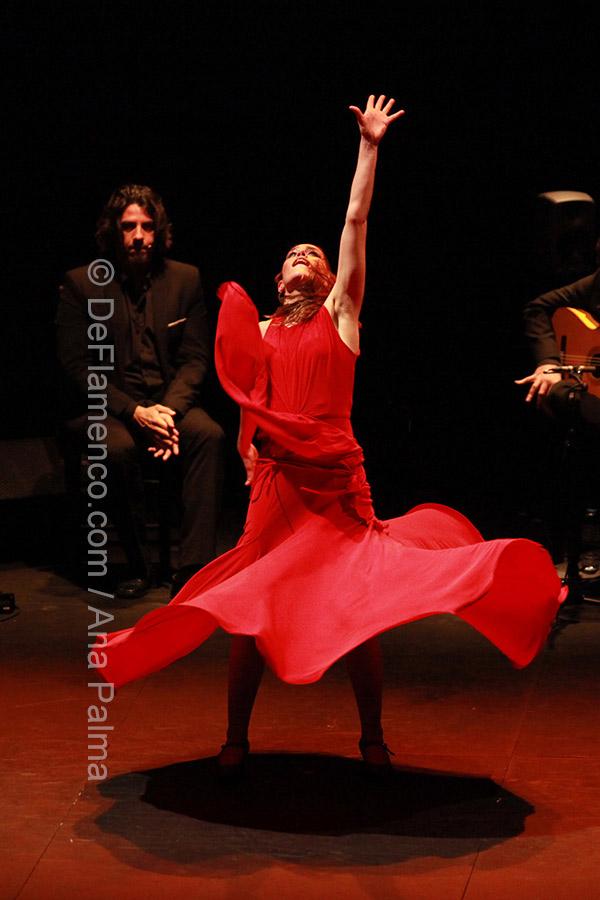