The 24th edition of the festival is being held May 19th to 28th, and will offer ten shows at venues such as the Mercat de les Flors, the Auditori and the Palau de la Música.

More days and more shows, up to ten, and new venues, this is the news from Ciutat Flamenco in its 24th edition.  The festival, which began as a neighborhood event in Ciutat Vella, now extends throughout all Barcelona with a balanced program of both classic and contemporary flamenco, and stars dancer Rocío Molina for whom the “sold out” sign went up weeks ago.

After trying the results with a programming committee made up of Pedro G. Romero, Israel Galván and Patricia Caballero that didn’t meet expectations, the Taller de Músics chose to keep everything within the organization in 2017.  For the opening, they chose two performances of “Caída del Cielo”, Molina’s most recent work, and the dancer will also direct a flashmob on Friday, May 19th at 8:30pm at the entrance to the Mercat de les Flors.

The Mercat continues to be the festival’s main venue, in addition to the Auditori, where guitarist Dani de Morón will accompany Duquende, Antonio Reyes and Jesús Méndez, the Centre Artesà Tradicionàrius, where a double concert will be held with Antonia Contreras, winner of the Lámpara Minera and another with Josep Aparicio, “Apa”, who will bring “Flamencianes”, a fusion of flamenco and tradicional music of Valencia.  At the Palau de la Música there is a children’s program, “Flamencat”, in which the kids will be taught flamenco forms via pieces such as “La Leyenda del Tiempo” and the influence on flamenco of composers such as Manuel de Falla, Albénez and Francesc Tàrrega.

“We’ve wanted to reach other venues throughout the city for a long time, and it became possible thanks to the support of those venues” explained Diego Ruiz, director of the Taller de Músics, the organization that stages the festival.  Ruiz explained that the extended length of the festival, and the addition of venues has been managed without upping the cost, as the budget is similar to that of other years: 120,000 euros from ticket sales and economic support from the Instituto Nacional de Artes Escénicas y Música (INAEM), the Institut Català de les Indústries Culturals (ICEC), and the Institut de Cultura de Barcelona (ICUB).

The Taller also offers its own shows.  One of them is “Es la Hora”, a work of Hansel Cereza, ex-member of the Fura del Baus, who makes use of his experience in flamenco works with Yerbabuena and Marina Heredia directing dancers Nacho Blanco and Eli Ayala in a show based on bullfighting.  The other festival production is “Auto-Sufi-Ciencia”, a work by Pedro Burruezo in which Pere Martínez sings, and which includes everything from soleá de Serneta to sufi chants to which Wafir S. Gibril gives a Moorish air.

The small-scale format, for which the organization is famous and which serves to give exposure to little-known work and new talent, will be offered at the Mercat de les Flors, with free entrance.  One of the shows will give exposure to Ruselito, an emerging star of the guitar in Barcelona.  The other show features experienced dancer José Manuel Álvarez who will present “D.Structures”, a work with which he reflects on how to connect the rigorous forms of flamenco with the yearning for evolution.

The instructional aspect has a noteworthy role in this edition.  “We’ve got Faustino Núñez, a man from Galicia with a good sense of humor who will teach us the flamenco forms in an entertaining and rigorous way” explained Luis Cabrera of the Taller de Músics.  Paula Domínguez, a Málaga singer and new television star with the program “Tu Cara no me Suena”, is in charge of explaining “How to turn melodies into flamenco”, and David Leiva, the person officially in charge of transcribing the work of Paco de Lucía, will give a masterclass on his specialty.  During the presentation, Diego Ruiz took advantage of the opportunity to announce that in the coming course Leiva will coordinate classes at the Escuela de Flamenco of the Taller de Músics.

Another project features Pepe Motos with his “Kódigo Flamenco”, a show that brings together what he learned with artists such as Mayte Martín, Sara Baras and Diego Carrasco, giving his own spin.  And winding up, on the 28th there’ll be rumba, this is after all a Barcelona festival.  The concert will be held at the Auditori, free of charge, and the artists will be Muchacho y los Sobrinos, street gypsies from Cera Street.  “We’re going to do rumba, sing about the housing situation and other social issues, but joyously” said Miguel Serviole “Muchacho” at the press conference.

Artists such as Enrique Morente, Carmen Linares, Juan and Pepe Habichuela, Belén Maya and David Lagos have passed through the Ciutat Flamenco since it began 24 years ago at the JazzSí in Barcelona in their desire to feature the latest tendencies “without ignoring the most classic flamenco” as Diego Ruiz explained at the presentation. 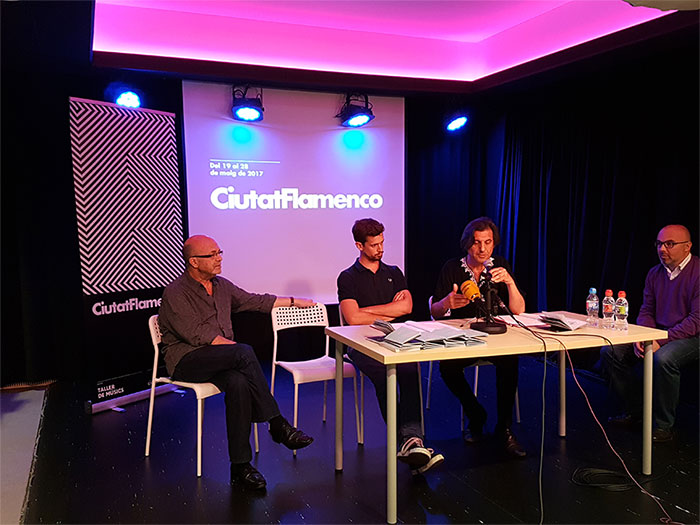 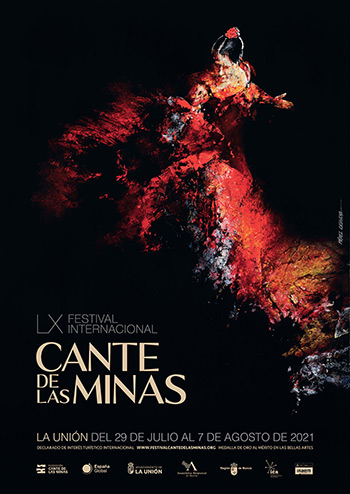 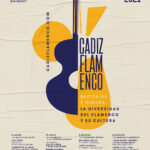 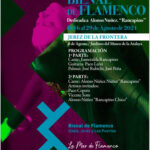 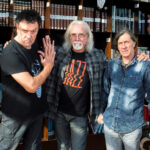 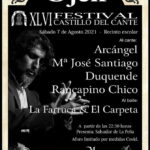