“Flamenco seems to belong to us.  It doesn’t feel foreign”.

Once again, the miracle of Alburquerque.  Can it still be called a “miracle” after three decades of consistently extraordinary performances and workshops, year after year, in addition to a dizzying variety of parallel activities and innovative extras, not to mention the incorporation of a fully functioning tablao with performances by some of Spain’s top artists?  No question about it.  Rivalling other similar non-Spanish projects in France, Canada, Japan. the Netherlands and elsewhere, the Festival Flamenco Internacional de Alburquerque in New Mexico is certainly one of the top events of its kind.  So reaching the 30-year benchmark warrants kudos and congratulations from every quarter.

The bare statistics are eloquent enough: 26 live performances, a collective audience of some 13,000 people, 35 workshops of varying levels, 54 participating Spanish flamenco artists and lecturers, some 475 students from far-flung areas including Brazil, Australia and Japan among other places and an economic impact on the area of some 1.3 million dollars annually.

ALL IN THE FAMILY

In in the early part of the 20th century a man named Antonio Garcia had a dance school in downtown Alburquerque, and by the 1950s his sister, Clarita García Allison, a singer and dancer, having studied in Spain and elsewhere, was teaching flamenco in Alburquerque and performing with her students.  In 1987 her daughter, Eva Encinias, current director of the Festival, who also studied with Clarita, was commissioned by the University of New Mexico to organize an event to commemorate the 50th anniversary of the institution.  Thus was born the Festival Flamenco Internacional de Alburquerque.  Short on funding, and long on enthusiasm, a program was put together of one performance, and two days of workshops with some 25 students in all.  When asked to make the event an annual affair, the dynamic Eva eagerly accepted the challenge.  Today, she continues to be active in the project, her offspring, Marisol and Joaquín have important responsibilities in the organization, and following in the family tradition, their own children also participate actively.  It’s an inspiring story of dedication, willpower, dogged commitment and the sincere desire to promote a culture that is not that far removed from the Hispanic heritage of New Mexico, while also embracing the region’s indigenous native traditions.  As Marisol Encinias says, “Flamenco seems to belong to us.  It doesn’t feel foreign”.

THE NEED FOR SUPPORT

When we spoke with Marisol at length about the project, she emphasized the need for support: “We are constantly in pursuit of additional support for the many projects we do, the largest of which is the festival.  This year we received support from the Junta de Andalucia, and from the Office of Art and Culture, a division of the Spanish Embassy in Washington.  The biggest hurdle for us is the huge cost of travel and immigration for artists to be able to get to New Mexico”.

Three years ago the organization’s installations suffered a disastrous fire.  I asked Marisol about the after-effects:  “We’re still looking for a permanent facility, and currently lease a building that houses our school, administrative offices, and costume shop.  We need and want a home, but we’re thankful to be able to continue doing the work we love to do”.

I was curious to know whether the local population of Alburquerque or New Mexico in general has interest in these activities:  “Interest has grown over the years.  It’s the Festival that we’ve been doing for 30 years, but that’s only one of the programs we produce among many.  We have a Charter School where all of the students study dance, music, and studio art, everyday, and a Conservatory of Flamenco Arts.  We work in partnership to have a tablao in Alburquerque and Santa Fe as well as a Professional Repertory Company, “Yjastros”, which consists of dancers who train together 5 days a week, year-round and perform in theaters seasonally.  We have student performance groups, and in cooperation with the university of New Mexico, an Artist in Residency program.  These resident artists come to teach, choreograph, and mentor. There is a large population of underserved youth who are in need of quality arts education.  Above all, our pet project is the Festival Flamenco Internacional de Alburquerque, whose mission is at the heart of our entire non-profit organization with the objective of presenting truly excellent flamenco.  We are 5000 miles from Spain, and feel fortunate to find that artists are enthusiastic to come and teach and perform”.

Marisol commented on the diversity of the current flamenco offering, and gave us a preview of this year’s Festival program:  “I find that audiences are equally moved by traditional and avant-garde work.  We try and program our festival in a way that showcases the various interpretations of flamenco; audiences are intrigued by the variety they experience.  This year we have 6 different companies presenting their shows.  In the artists’ gala, Fiesta Flamenca, each headliner of the festival performs a solo in a shared concert.  Being the 30th anniversary, the program is extra special.  Featured artists include Marco Flores with Alejandro Granados and Carmela Greco, in addition to Rosario Toledo, Jesús Carmona, Pepe Torres, María Moreno, Adrián Santana and Águeda Saavedra, each with the accompaniment of some of Spain’s most outstanding singers, guitarists and back-up artists.

Summing up: “My mother began the festival thirty years ago, and never dreamed that we would still be doing it now.  She sparked everything with a team that works tirelessly, inspiring generations of performers and enthusiasts.  Flamenco is what we do, and we hope to be able to continue for at least another thirty years”. 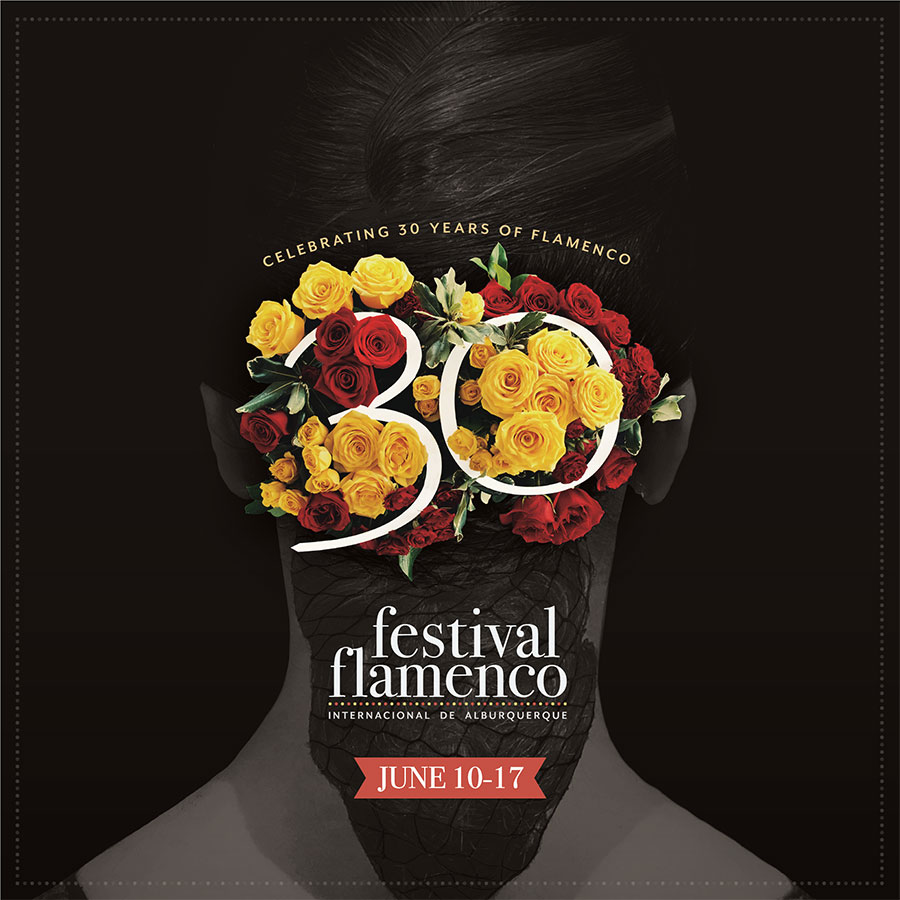 Once again, the miracle of Alburqueque