Rocío Márquez talks about her most recent project, “El Niño. Andando por los Campos Marcheneros” her recording which has just come out, and in which she pays tribute to the inimitable Pepe Marchena.

A record with references to the classic Marchena, as well as to Marchena the creative singer, always from the brave perspective of Rocío Márquez. 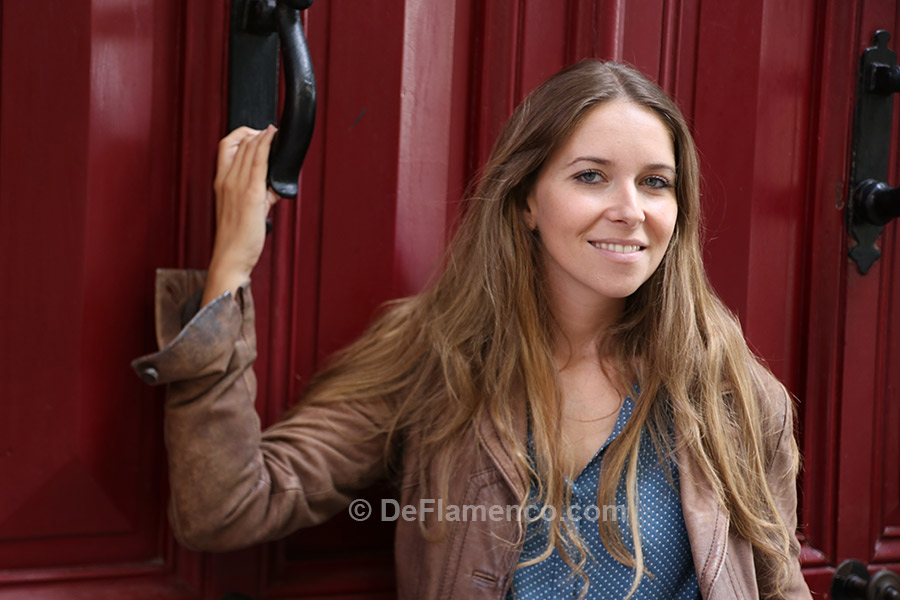 We're in Madrid with Rocío for the promotion of her new recording, among admirers and surprised new fans, still taking in the work of this singer from Huelva who based it on one of the greats of flamenco, José Tejada “Pepe Marchena”, with the general public and critics who had the opportunity to attend the presentation at the Bienal de Sevilla.

“Andando por los Campos Marcheneros” ('strolling through the land of Pepe Marchena') can't be that easy…that's some challenge you took on.

Marchena was the figure who laid out the challenges I needed to face, both from the classic angle and the more creative angle.  I wanted to walk through those fields, it was a need that came out of the admiration I feel for this singer.  Once you enter into his world, you get sucked in and it carries you away.  In actual fact, the premise of the recording continued to evolve as I got more into it.  A very interesting process, a daring challenge you might say, but one which is very motivating.

Who inspired you to do this?

It was my own idea, along with people I spoke to who supported me, although they also asked if I was sure about it all.

Who tried to discourage you?

I prefer to think about those who were encouraging, it was a wonderful experience, the entire process, and now I'm beginning to enjoy the results.

But Faustino Núñez did warn you about the difficulties.

He made me face the decision, and I'm grateful.  It's a task you have to take on fully aware of what is involved, we all know the state of flamenco fans today.  From the outset I said it was not my intent to imitate Marchena, that wouldn't make sense, Pepe Marchena was a genius and he did whatever he wanted, I just try to approximate his personality, everything that inspires me, not just his singing, he transmitted much more, the creativity, the freedom, I think there were very few like him.

The thing about tradition is a double-edged sword, we're so concerned about tradition, and the fear that it might be lost, that we tend to cling to it for dear life, and precisely by holding on to it, is how it gets lost.

Pepe Marchena was very important in his time, but maybe he was underestimated when we look at him from today's perspective.

There have been many stages, just as in any art-form, there have always been tendencies, times when sweet lyrical voices were preferred, and the aesthetics take precedence, and other times when greater importance has been given to strength and a more natural delivery. Now, the pendulum of history is swinging in the direction of sweet voices.

Although this seems like a declaration of intent to promote that form and aesthetic, it's really an affirmation of each person's right to express what he or she feels.  This is the way I feel, and if someone else feels differently, let them do what they want.  The important thing is to have options and allow each person to express themselves freely and coherently

This work is a defense of the figure of Pepe Marchena.

Yes, I admire him very much, and this work is a reference, but we strove to avoid it seeming like a “tribute to…”, in detriment to the rest.  What I like most is the freedom, which implies valuing other ways of doing things.

Once the decision is made to make a record, how do you take on the selection of cantes, the interpretation and reversioning?

It was very interesting, a work with classic pieces and other more contemporary ones.  For the classic portion, I followed the proposal of Faustino Núñez.  I recorded it a one go, almost live, I did each song three times and then chose the best.

We made the selection between the two of us, obviously there had to be “ida y vuelta” cantes, punto cubano, milonga, guajira, Marchena's most popular items, the songs we associate with him, like fandangos which also had to be included.  And the plañideras, which is what he called siguiriyas, soleá with that special flavor he gave, and the free-form songs, taranta, levantica, malagueña…always trying to offer a varied selection. 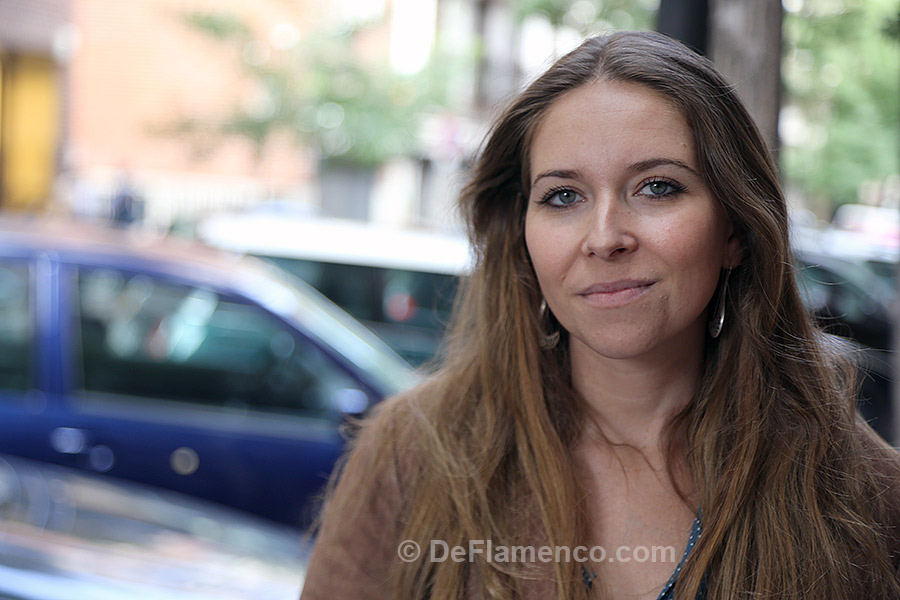 What guitarists accompanied you?

Terrific people, Manolo Herrera, who always works with me, Manolo Franco, Pepe Habichuela who actually played for Pepe Marchena when he was alive.   It's very interesting to see the different tendencies and styles of accompaniment, you see how they take you in one direction or another.  Raúl Rodríguez' Cuban tres in the classic part for the guajira and the punto cubano was terrific.

Pepe Marchena didn't bother to think whether or not something was flamenco, he just let it come out and that was what there was.

And in the more creative portion, who accompanies you?

The freer part was produced by Raúl Fernández “Refree”, using a completely different methodology.  I went to Barcelona and was with him for a month and a half…what an experience, that breath of truth, without worrying about the limitations.  That's my proposition, it's what I had the need to do, without trying to please everyone, I needed to go in that direction.  That point of openness when you just try things and let it all flow…you see a nice line of verse and put it to music.

How do you feel the audience reacted in that more experimental section…how did it go at the Bienal?

I thought there was a good audience reaction, I think they were quite open, it wasn't only Marchena fans.  We were all thrilled that day, and I think the audience had a good time.  The critics are another story.
The critics were looking to find Marchena in that show.

I listen to everything that is constructive, and what isn't, I ignore, I'm just as rigid for one thing as for another, and I'm very pleased with the work.
If before hearing the music, they already have an idea about how it should sound, they won't be leaving any room for creative people to do new things.

Listening to the record before going to the concert is a big help, in order to be prepared.  Those who go with a preconceived superstructured idea, expecting to hear something specific…  For me, it's much easier to give a recital of guitar and voice, but I feel like using this format, and I think it's more interesting.

I'm concerned that people will just see the most obvious thing, hear a name and think it's going to be a mere imitation and rigid defense of that name.  For me, it's much deeper than that, which is why I didn't want it to be limited to that.

One critic wrote of the Bienal show, that it was time to unmask Pedro G. Romero.  Unmask him for us.

I'm delighted with his work, whenever you surround yourself with people who have something to offer and who teach you, and show you the way, it's always positive.  It's always the same when you don't know what something is, you can react positively to the surprise, without negating what went before, or you can react when you don't recognize what you see, with no historical references, such as the fear of losing classic flamenco, but anyway, you have to respect other people's opinion.

But what exactly did Pedro G. Romero bring to the recording?

I discussed things with him, and he gave me his opinion, we agreed about some things, and others no, but he was in charge of the image, the record cover, the idea of showing me with my hair pulled tight back, that masculine touch, basically the aesthetics of the record, trying to give it a different spin.  I think the resulting image matches the record.

He proposed things which I could never have imagined myself.

And that inverted granaína…what exactly did you do?

I was going to record it in the normal way, with Montoya's falseta, but there was already a malagueña, a taranta… I wanted to do something different, so we left it for the other part.  I spoke to Refree and told him I wanted to reverse the roles, the melody I sing is Montoya's, and the musical answers I give, the chords I sing, are in response to the guitar, we didn't invent anything, just role reversal, an idea I had, I needed to reproduce the melodies without it being too obvious.  We put Benedetti's text which I liked, with the base of Montoya's falseta done with the voice.  It's only two strings, a guitar has six, but playing around with the polyphony, giving different notes.  And with the guitar of Miguel A. Cortés, who's incredible, picking up on Marchena's filigree, an exchange of roles that takes a lot of dedication and self-confidence.

And what's the story behind “El Venadito”?

Picking up on the theory that it comes from the Basque “zortziko” and the Mexican corrido, the novelty was seeing the origin, when Marchena created it.  What was he thinking at the time?  So we drew from that with the Mexican corrido, trying to reproduce the process of the creative moment.

And in “La Rosa”, I couldn't decide whether to call it “La Rosa”, “Otra Rosa”, “La Rosa 2″…a piece of Marchena's that I like a lot and we tried to replace the verses, but with the subject of the rose, putting it to music with instruments we thought might decorate it, we liked how it sounded and followed that line.

There's a very interesting story to that, beginning with some texts of “Gitano de Oro” that he did when he was with Marchena…we really wanted to revive that…and Paco had already done it before, so we used it as a starting point.

We did two versions.  We couldn't decide between one and the other, so I thought it was fun to include both. 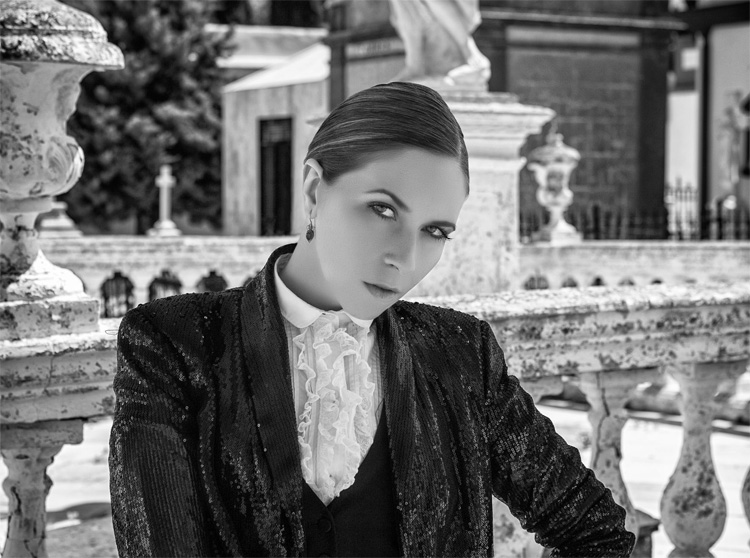 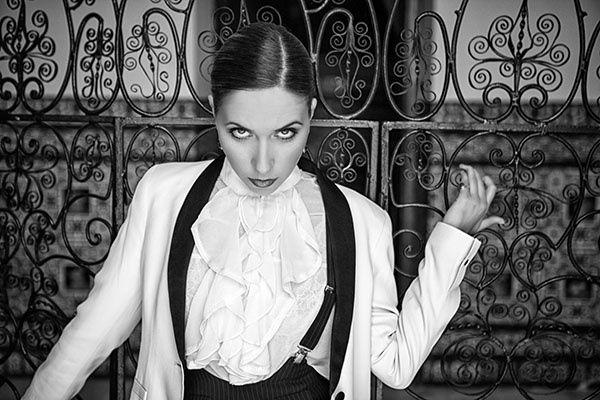 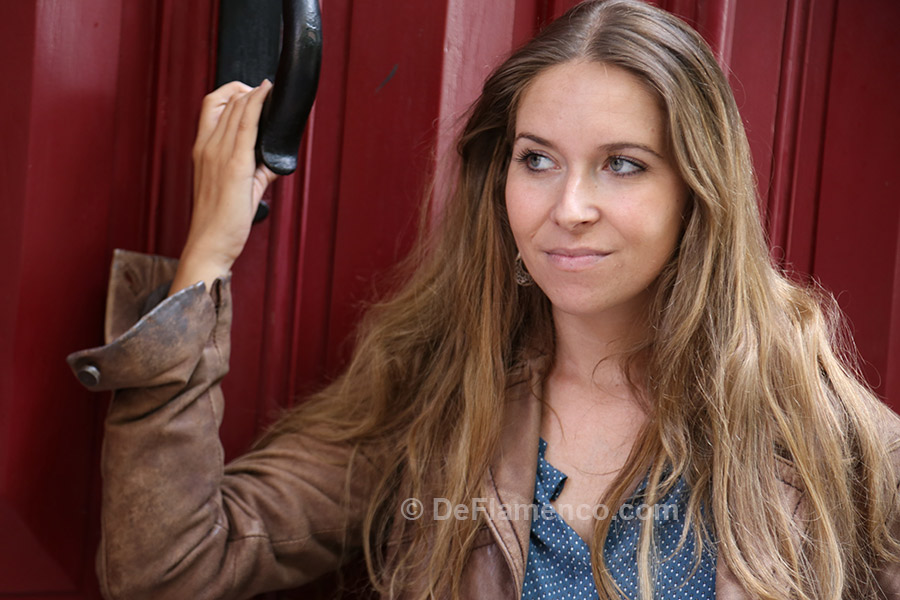