Interview with Jesús Carmona, flamenco dancer, on the debut of his work “7 Balcones” at Madrid's Teatro San Pol.

Flamenco dancer Jesús Carmona was born in Barcelona, studied Spanish dance and flamenco, began his career as first dancer of the Ballet Nacional de España and worked in the companies of Carmen Cortés, Güito, Rafael Amargo, Canales, La Truco and Nuevo Ballet Español among others.  After winning the Desplante prize for dance in La Unión in 2012, and debuting with his company “Cuna Negra” in the last Bienal de Flamenco de Sevilla, he has firmly found a place in the new generation of flamenco artists with a lot to say and a lot to dance. 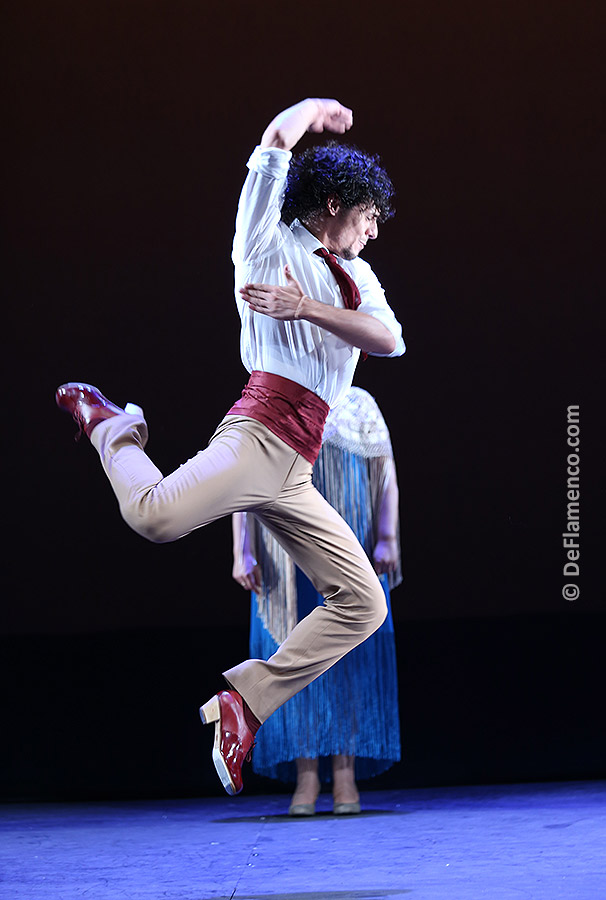 The interview was recorded during the photo session of his second work, “7 Balcones”, which debuted at Madrid’s Teatro San Pol last September 13th.  It’s a small format show with 7 pieces, one for each of the seven cities chosen by the dancer for having been significant in his life.  From the rumba and murcianas to the fandangos de Huelva, passing through tangos of Triana, soleá of Córdoba and from Madrid, an original flamenco schotis ending with rosas from Cádiz.  An hour and ten minutes on stage accompanied by the singing of Jesús Corbacho and Eva Ruiz “La Lebri”, the guitar of Daniel Jurado and the palmas and back-up of Vanesa Coloma.

And here we are at the Madrid debut…

Madrid is my other city, I came here eleven years ago and now I feel right at home…I’m really happy about presenting “7 Balcones” in Madrid.

The seven cities I chose to mount this show, constitute a journey through memories I wanted to reflect and which are important to me for some reason, whether personally or professionally.  It’s not a question of trying to explain it for the audience to understand if I was happy or sad in each place…I want them to feel the energy, as a visual and energetic experience to transmit joy.  There’s no sadness in this show, really, I didn’t think it was necessary and wasn’t drawn to that. 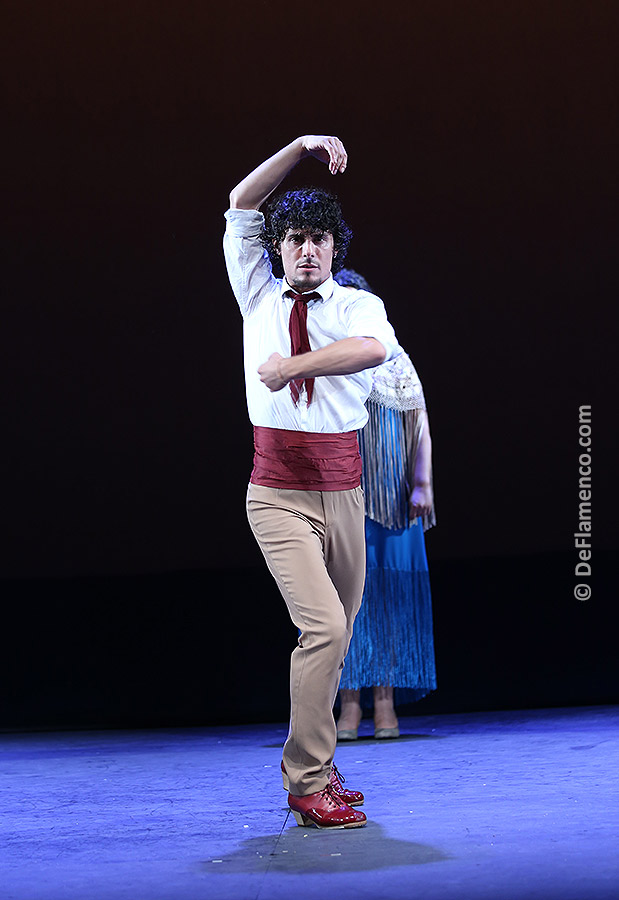 What forms do you relate to each city?

We open with Barcelona with a rumba catalana of El Pescaílla, then Murcia with a murciana, then the fandangos de Huelva, tangos de Triana, soleá de Córdoba, a Madrid schotis and rosas from Cádiz to end.

As far as the cities, have you lived in all of them?…what’s the connection?

Well, I lived in some of them at times, or maybe I met people there who were important in my life, or they’re cities where I had the opportunity to advance my career…there are a variety of reasons, but like I say, it doesn’t need to be explained.  Cities that have meant something to me…there are others, but I chose these seven.

Barcelona… where you were born…

Badalona…and I was there until the age of 16 when I came to Madrid for my professional training to get up to the level of the capital which is very high.  In Barcelona there are very good teachers and artists, many of us have had to go to other cities to continue training.

Madrid… where you live…

It’s been my home for eleven years, between one thing and another.  I’ve spent time in Barcelona, Seville…for professional reasons, but in the end the plane or the train always takes me back to Madrid.

In Madrid, doors were opened and I was able to move within a strong group of young dancers and learn from them.  In the present generation there’s great companionship, we all try to help each other.  Same goes for the maestros I’ve worked with…Canales, Güito…they’ve helped me be who I am.

You can feel the support of your peers whenever a show debuts in Madrid.

When you present a show, it’s for the general audience, for the festivals and promoters, and if your companions are giving you energy and support, that’s very important.

This fabulous generation of dancers, where I think you’re situated, Marcos, Olga, Liñán…it was hard work to get where they are, but they have finally been recognized.

I don’t know if I belong to that group, I’m more humble tan that, but yes, it’s very hard, people on the outside probably think performers live a different life, but there’s a lot of sacrifice and you have to struggle continually, believe in what you do, fight for it, be honest and believe in yourself to keep going.  You have to be “on duty” all the time.

You’ve also done time in the tablaos, so necessary…

Of course…I love working at tablaos, I hope never to lose that, and continue working in them, they’re so important to flamenco.   And now, fortunately, we’re also able to present our work at major festivals.

It all depends on the moment, when I’m dancing I like to be directed, but then I also like to direct.  In the Ballet Nacional I loved being directed by José Antonio, and that he told me where and how to move, I learned a lot.  If you want to express what you have inside, you have to think it out and choreograph yourself.  This show has been ruminating in me since last December…I’ve been thinking about it, studying, why one form or another, changing all the time…

The Ballet Nacional was a school for you.

Absolutely, I learned everything there, as a person and as an artist, and I was 20 years old which is a critical age for learning.

How does Carmen Amaya inspire you?

Right now we’re at the Teatro Nacional de Cataluña from October 30th to November 10th with Rocío Molina, Mayte Martín, Ramón Oller and myself, we’re doing a tribute to Carmen Amaya.  She is always an inspiration, aside from being from my hometown, I’m proud there has been a star of this magnitude in out part of the world.  Carmen Amaya is always a reference, a mirror in which to find oneself and learn.  Now I’m completely involved in that creative process of preparing the tribute, and my own part in it, just watching a video of her I know what I want to do.

The Desplante prize from La Unión was an important stimulus.  Although you already had “Cuna Negra” prepared for presentation in the Bienal.

I think it was a combination of everything…winning the prize in La Unión in August, and having success at the Bienal in September, it was the stimulus that was required to raise my head above the crowd and show what I could do, and be accepted.  The Festival gave me the chance to become known, but then you have to be ready and present a quality show.

You were also able to present “Cuna Negra” in the Festival de Jerez.

Yes, that went very well, we were very successful with both the critics and the audience, this show is being well-received.

I’m hoping this new “7 Balcones”, a more reduced format suited to the times, will be well-received and we can sell it better.  We’re five people on stage, I’m dancing, Jesús Corbacho and Eva Ruíz “La Lebri” are singing, Daniel Jurado is on guitar and Vanesa Coloma provides palmas and back-up.  The idea is to do a show of 70 minutes, and not have the audience looking at their watches or checking the program to see what’s on next…we don’t want anyone to get bored.

Have you got dates already for “7 Balcones”?

No, not yet, we’re working on this to see where it takes us, hopefully it will be well-received so as many people as possible can see it. 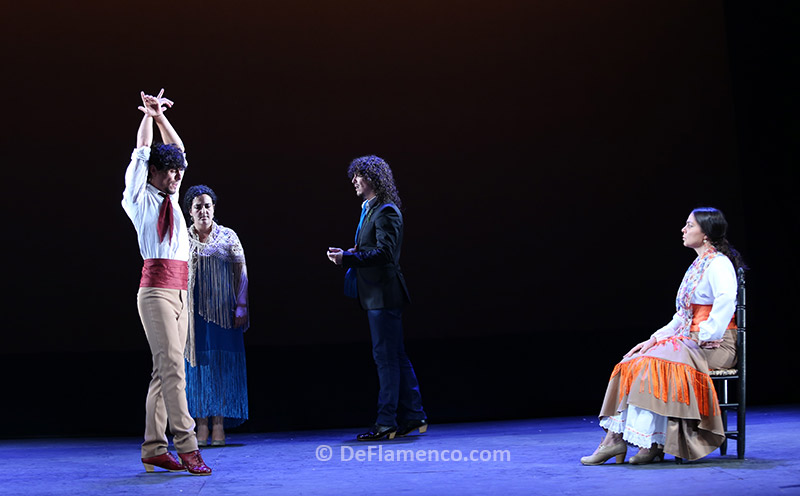 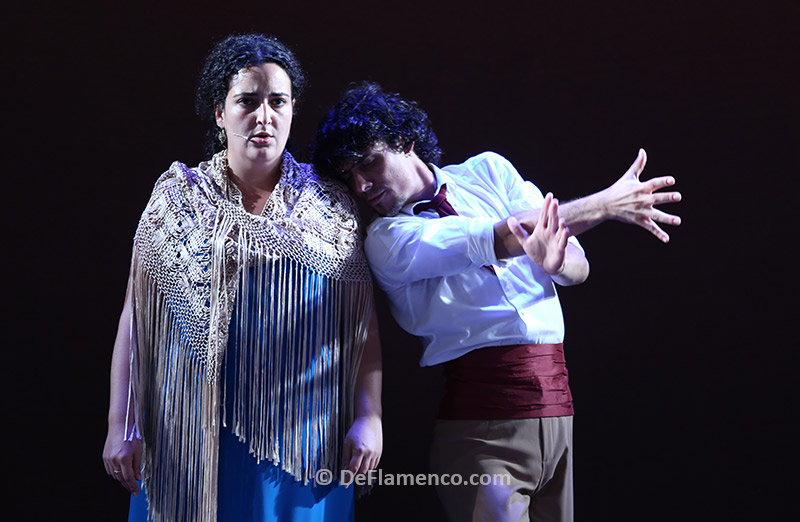 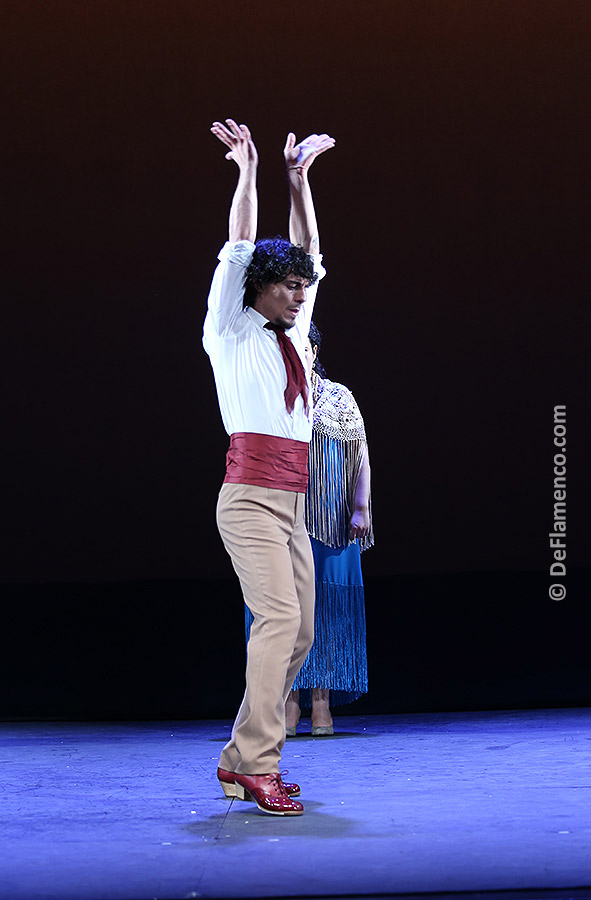 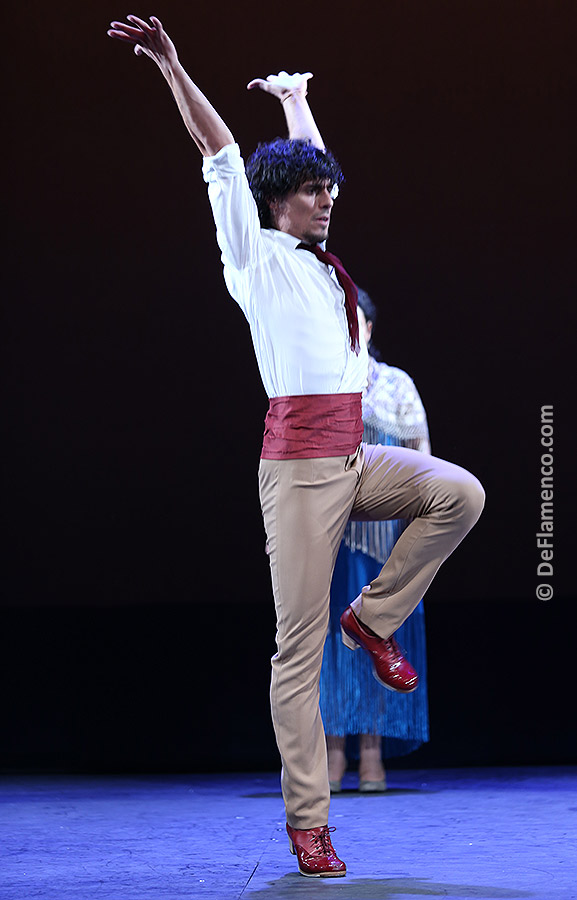 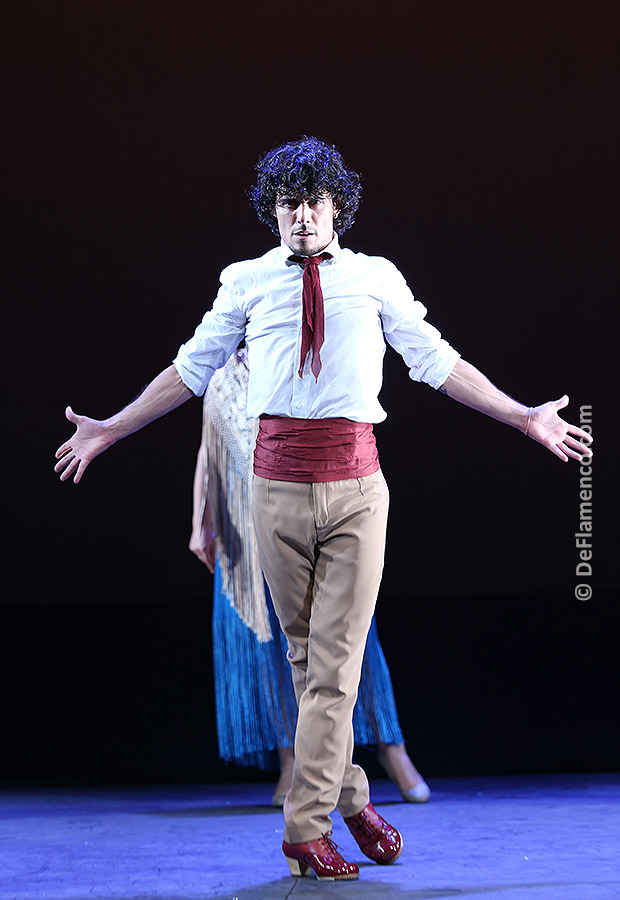 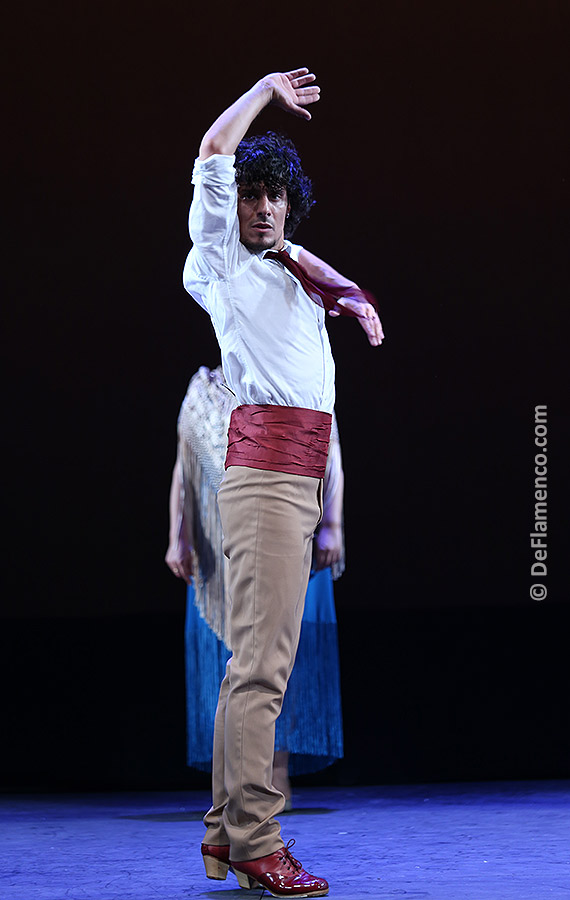 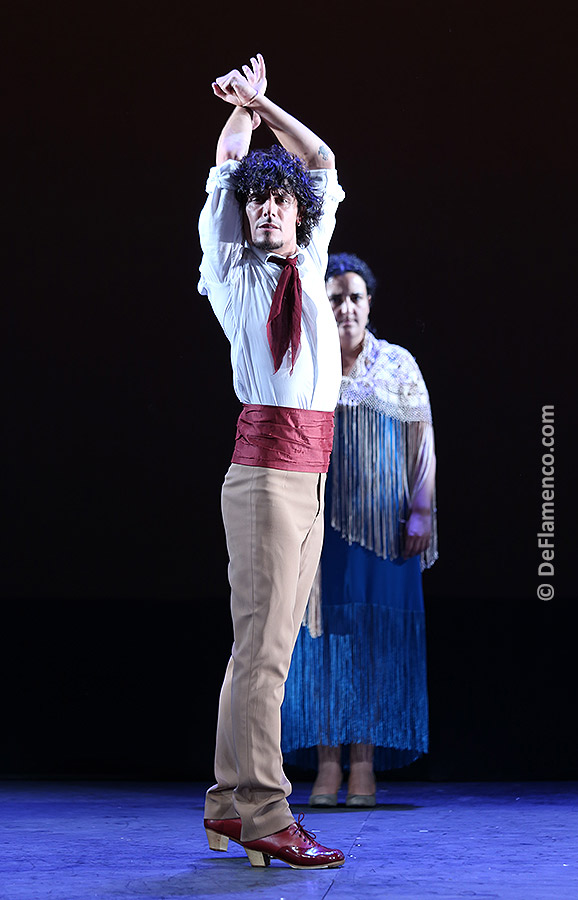 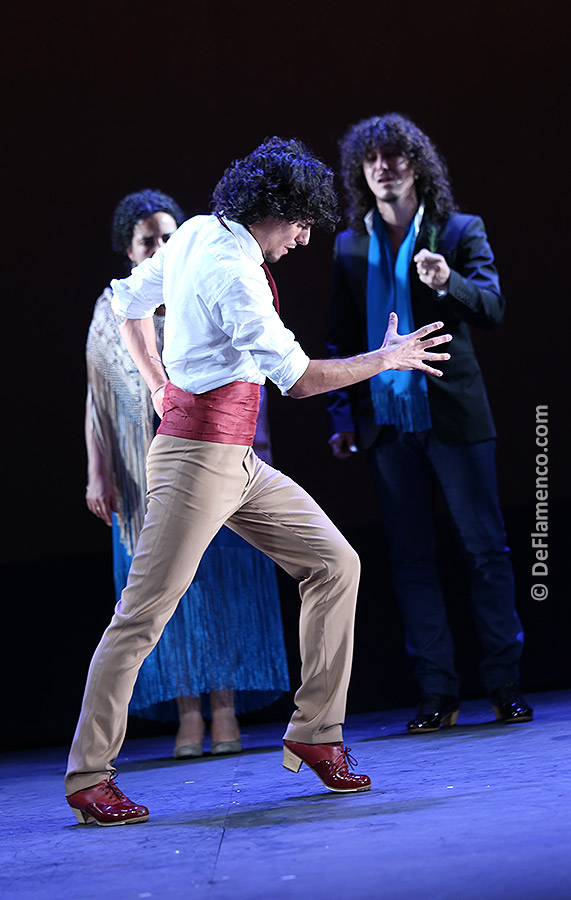 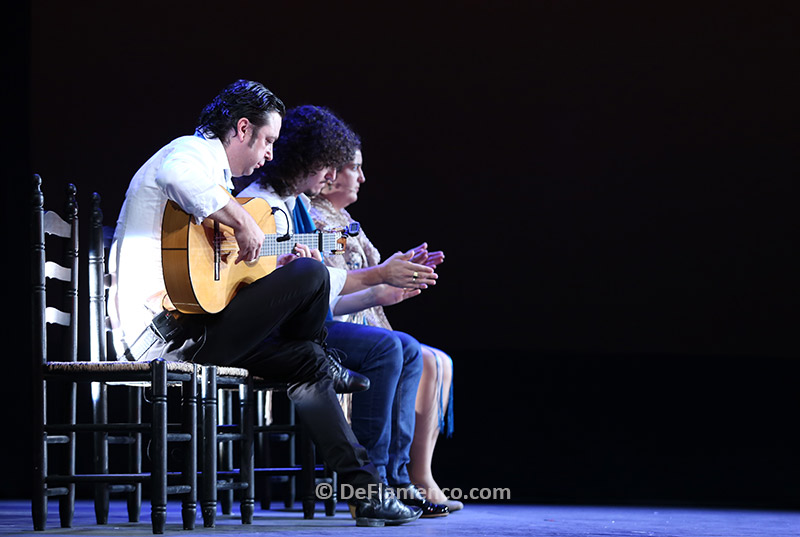 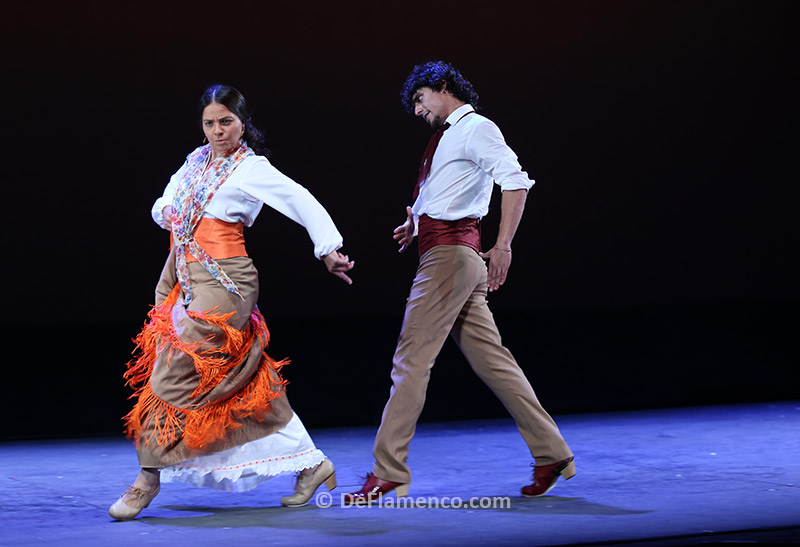