Twenty years ago, the Nuevo Ballet Español came into being.  The artistic couple of Ángel Rojas and Carlos Rodríguez belonged to the new wave of interpreters with inquisitive minds and fresh ideas.  A cerebral approach, with the yearning to investigate historic flamenco, and analyze the current output from a standpoint of preparation and study.  The show “Esencia, 20 Aniversario” is a tribute to those beginnings, and a new collaboration of these two artists whose last appearance at the Festival de Jerez was in the year 2011 with their novel creation “Cambio de Tercio”.

The pretext for this show was the two-decade anniversary to offer a collection of scenes and earlier noteworthy choreographies, and to pay tribute to composer José Nieto.  Both dancers are fine choreographers, perhaps more classic than flamenco, but with an approach that is clearly flamenco.  They have the capacity to project a contemporary quality and freshness through their own personal search, a blend of admiration for the past with a thoroughly modern aesthetic, a difficult equilibrium they command with ease.

Tangos, with five dancers, Rojas and Rodríguez plus three women, is backed up with the singing of two experienced female voices, those of Rocío Bazán and Chelo Pantoja, who share harmonies in cantes of Granada and Málaga.  Fandangos de Huelva, a beautiful duet with Carlos Rodríguez, a seductive interpretation of “La Salvaora” that prologues tientos tangos danced by Ángel Rojas and a free-form dance to vidalita are some of the best moments.

A seedy cabaret scene leads up to one of the best numbers of the show when the two lead dancers interpret an original version of the Panaderos of Esteban Sanlúcar, including humorous touches: Rojas and Rodríguez at their best, freshening up classic pieces for today’s audiences.  The only possible shortcoming was the constant oppressive darkness which is the bane of so many flamenco dance shows nowadays.

A friendly facing-off to tanguillo compás based on percussion with an odd eastern European feel thanks to the stylized violin, rounds out this excursion through little-known territory thanks to the creativity and inspiration of Rojas & Rodríguez. 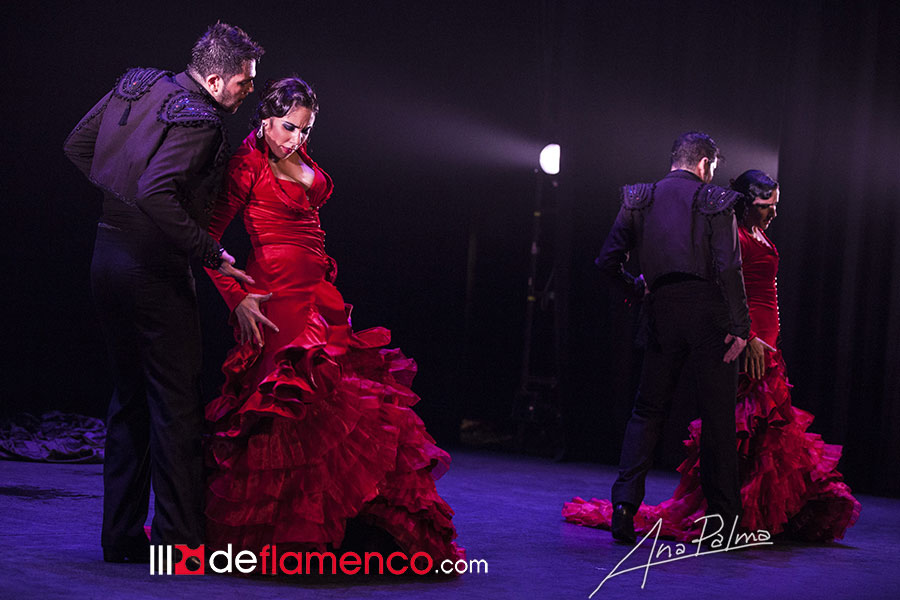