Javier Latorre – “Live your Bienal with the Taller Flamenco”

Javier Latorre: “Dance is a cultural heritage, a right and I would almost say a duty”

“From the waist down, you dance; from the waist up, you make your mark”.  Javier Latorre says this just minutes before showing the results of his class of choreography for professionals offered during the Bienal de Flamenco de Sevilla.  “For a dancer, reinventing oneself is fundamental, and it’s the best way to see and absorb what others do”.  Latorre rejects concepts such as the “escuela sevillana”, because he says it’s contrary to the essence of art, “which is strictly individual”.  He believes interpreters must draw from many sources, keep whatever works best for them, and bring it into their own territory.  And that is precisely what he instilled in the group of ten students whose choreography was offered to the audience at the Espacio Zanfoña under the auspices of the Taller Flamenco, where each year hundreds of foreigners arrive in search of knowledge.

“We’ve been operating since 1994, and receive students from all over the world, but mostly it’s Europeans who come”, José Carlos Morales, director of the school, tells DeFlamenco.  He says it’s an honor to have Latorre among the guest teachers with a type of course the dancer choreographer has been giving at the Festival de Jerez, and that of Düsseldorf for the last seven editions.  But he’s not the only teacher available to those who go to Seville in search of knowledge.  “Last week we had Rafaela Carrasco, and we would love to have Isabel Bayón before too long” says Morales, who directs a school that not only teaches dance, but also guitar, percussion and singing with people like Laura Román.

Morales is delighted with the idea that Latorre would open the results of his classes to the general public.  “The idea is that the dancers go through all the emotional states an artists experiences: the thrill of learning, working in a group, the butterflies and the pleasure of being applauded”.  As Latorre explains this, the group is getting ready.  The girls put on black skirts, touch up their makeup, and the one boy spruces up in front of the mirror and takes a deep breath.  They go out on stage and the audience takes its place.  Within seconds, Vicente Amigo’s “Poeta” from his work “Marinero en Tierra”  starts to sound.

No sooner do they get underway, than it becomes clear each person has his or her own particular style.  And rhythm.  But they all have to find the way to communicate with each other, to gel, to make a cohesive unit with all those different hands, feet, bodies and baggage.  Latorre guides them, and they join in.  There are some mistakes, but it doesn’t matter because they’ll repeat the piece and then it will become clear that in dance, as in life, contact becomes affection, and repetition leads to answers.  End of show, applause…time for questions.  Because this open class has room for dialogue, absolutely necessary if you really want to learn.

“We all have skin and feelings, and technique is learned” says Latorre answering the question of whether there are notable differences in the respective abilities of his students who come from such diverse areas as Russia, Ukraine, United States, France, China, Mexico and Argentina.  Suddenly, from the audience, a question directed at the students, catches everyone’s interest: “What did you feel dancing that piece?  On hearing it, I remembered the day I debuted with it, and I relived that moment as if it were yesterday, not years ago. And I was overcome with emotion.”  It’s Christian Lozano, who was first dancer with the Ballet Nacional de España, today a member of Eva Yerbabuena’s company, having worked with illustrious choreographers such as Shoji Kojima.

Latorre also recalled when they debuted Marinero en Tierra with Vicente Amigo playing live, accompanied by a symphonic orchestra in 1998, and the students gesture, indicating their desire to have been there.  The teacher thanked the students and the audience, among whom there were several children who also asked questions, and he said goodbye reminding people that these short courses teach people to control space, to work with others and not lose sight of the thread of their own dance.  “And they also yield dances such as the one you just saw, dances put together in four days by a group of people who don’t know each other.  Dances that are little miracles”. 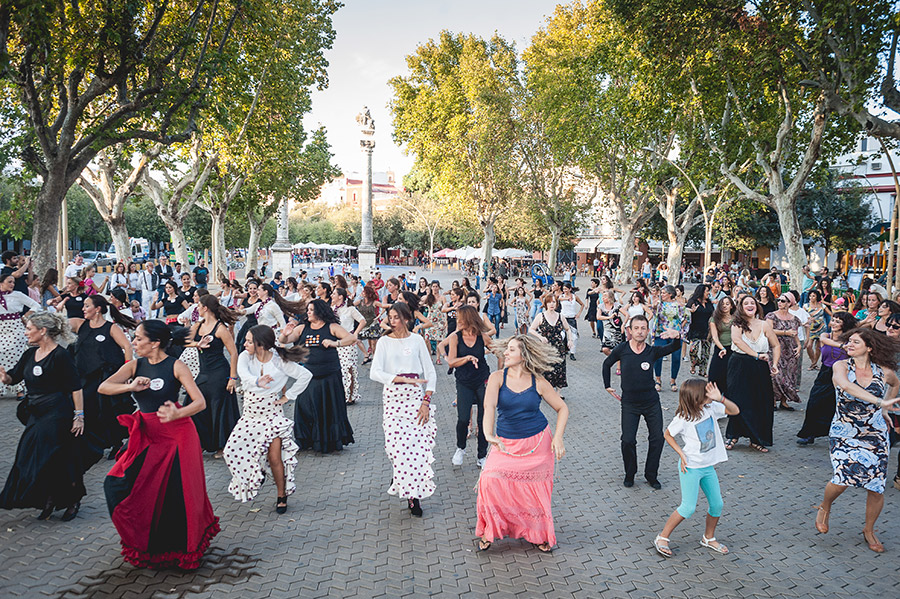 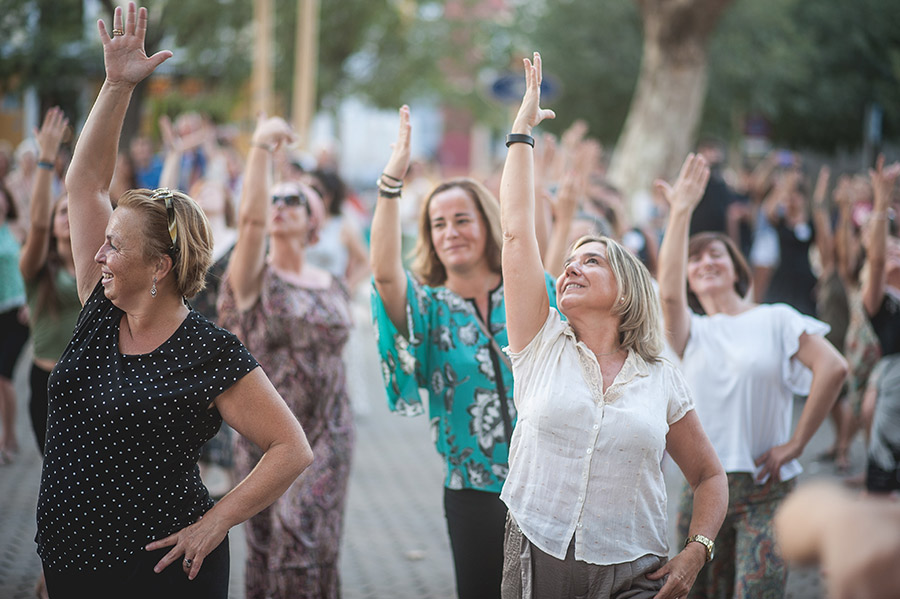