“Flamenco, tradition and avant-garde”, more a class than a show

Students of the Ballet Flamenco de Andalucía presented choreographies that resulted from the “Proyecto Cantera”, a program conceived to reinforce and exhibit their creativity.

Rafael Estévez and Valeriano Paños, artistic director and choreographer respectively of the Ballet Flamenco de Andalucía, presented in Jerez the results of “Proyecto Cantera”, in which students between 21 and 26, brought eleven choreographies of their own.  The idea was to let them create, propose and defend their ideas, which is exactly what they did on the stage of the Villamarta theater for an hour and a half.

Generally speaking, “Flamenco, Tradición y Vanguardia” was too dark, something many spectators complained about while leaving the theater.  As far as dance, the “Fantasía por Farruca” of Paños, should have been the strong point since it included the historic work of Maestro Otero, Antonio Ramírez and Vicente Escudero, but it wasn’t the Cordoban dancer’s best performance, as was lacking equilibrium to execute such a demanding form.  The sparks and personality came from Estévez in the romance with petenera, because despite his repertoire of movements being more limited, he is an iconoclast, and has a magical touch.

More a class than a show

Nearly all the pieces were reconstructions or medleys of styles and names, which is why the spectator at times had the feeling of watching a dance class more than a show.  There was also a lot of repetition (stiff arms and hands, spastic movement, turns in place to make the transition between numbers), and perhaps for that reason it was predictable.  So much so, that it took the audience nearly an hour to let out the first cheer of “ole!”.

On a night with so many artists who are still unknown, it was a shame to have the press seated so far from the stage.  Even so, you could recognize Alberto Sellés by his communicative capacity and his joyful outlook that isn’t forced, but which comes naturally to him, not just a pasted-on smile.  Among his fellow-dancers, there were two performances that broke the routine of the show somewhat.  One was that of Macarena López, hypnotic in a tientos medley designed and danced along with Sellés, Sara Jiménez, Eduardo Leal, Carmen Yanes and Estévez.  She is playful, has long eloquent arms and strength that is out of the ordinary.

Among the young people, the youngest of the group, Marti Corbera, was noteworthy from the first number due to the length of his stride, that allowed him to stroll around the stage effortlessly, as if he were floating.  You could see he was enjoying himself towards the end, a repertoire of Spanish folklore in which he jumped, danced and pranced with his partner as if it were real life, not an interpretation, and that was how he managed to stand out from the rest.

The best thing about “Flamenco, Tradición y Vanguardia” was that the talent pool of the Ballet Flamenco de Andalucía was able to put their ideas in such an important space as the Festival de Jerez, and that they did it with such an excellent technical level, and a splendid attitude. More questionable is whether the Villamarta theater was the adequate venue for this type of project, interesting from the learning point of view, and the exhibition of newcomers, but far from the artistic level of shows we’ve seen during this Festival de Jerez.

This does not take away from the great amount of talent in the group that was seldom cheered throughout the show, but much-applauded at the end.  Not in vain have artists such as Israel Galván, Rafaela Carrasco and Belén Maya, and more recently, Patricia Guerrero, come from these ranks.  Which is why, in light of last night, you can be sure that in a few years it won’t matter what seat you have in a theater, because their brilliance will shine to the last row. 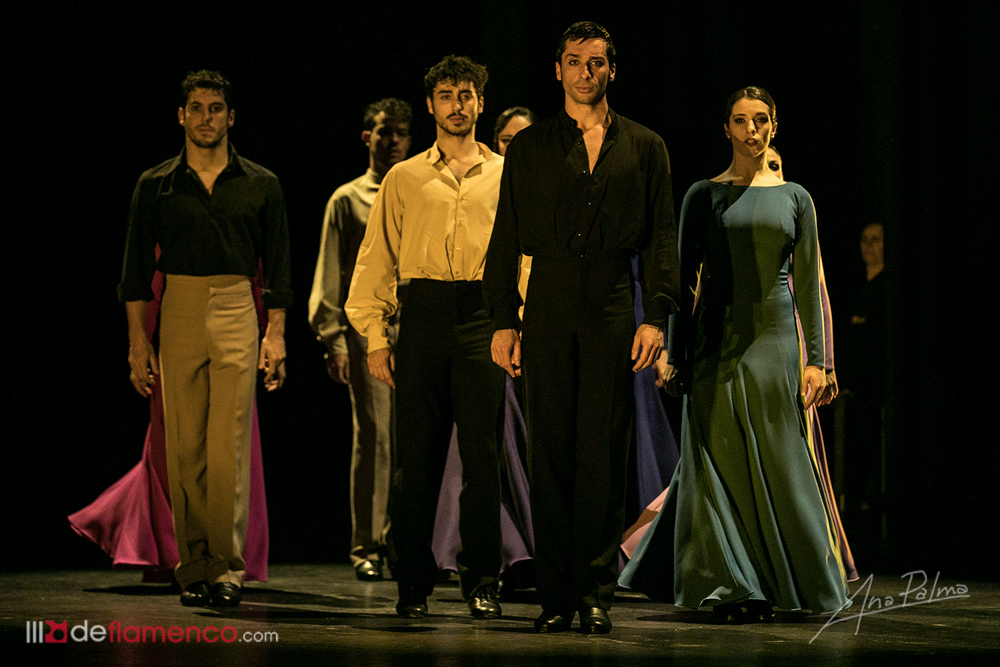