Flamenco On Fire, how flamenco works up north

Vicente Amigo closed out the festival faster than the speed of light in his fingers, and a smile of satisfaction.  Closing with guitar an event dedicated to Sabicas and in memory of Juan Habichuela, was a fine choice.  The Cordoban guitarist was feeling at ease, and he put his musicians on the spot making them play new pieces for the first time in public after months of being disconnected.  Noteworthy were Añil Fernández on guitar, Ewen Vernal on bass, Paquito González (percussion), Rafael de Utrera (vocals) and Antonio el Choro (dance).  There were some rough spots, but the presentation of a record that was not named, was as refreshing as the Pamplona evening air. 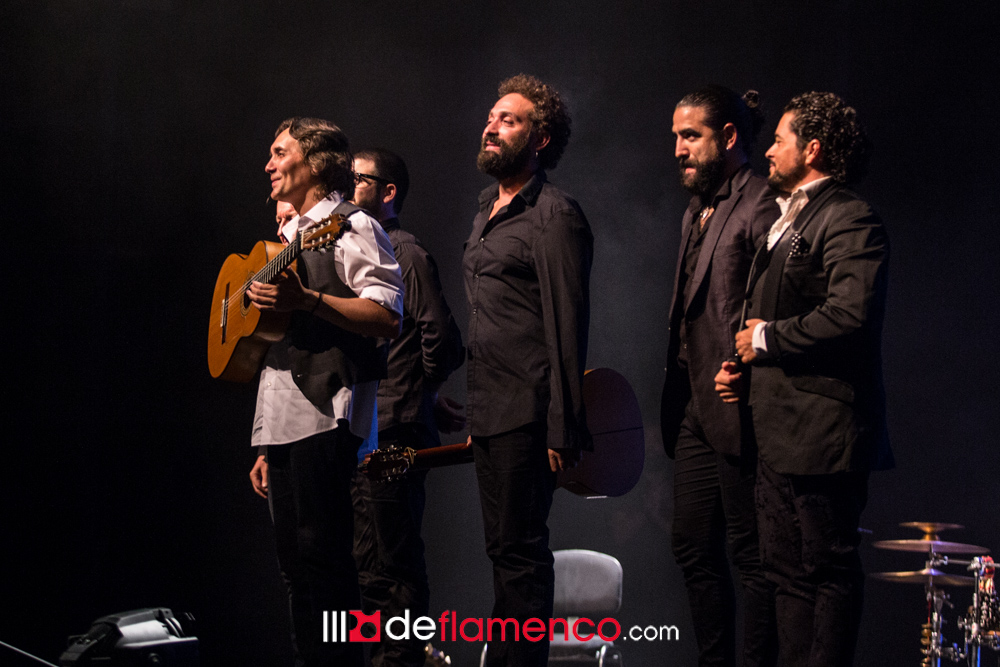 This festival was a repertoire of good voices and good shows, in which some performers did not give all they knew or were able to, while others, such as the dancers from “Sacromonte”, gave their all in Pamplona.  Others were under pressure, having to explain whether or not what they do is flamenco.  Ariadna Castellanos presented Mju-zik at the Sala Zentral with Ed is Dead, electric flamenco that was much applauded.

Flamenco on Fire also has its peculiarities.  “Like every other festival” you'll say, but not all of them consider the flavor the fiesta will have, which is why in this case, all the bars were encouraged to create a little shish-kebab tapa called “Sabicas”.  For some, it tasted like cheese, for others, chorizo, and the idea went over so big in Pamplona, there are people  who think “Sabicas” is a type of pepper, and not the Navarro guitarist who opened the way for those who came after him, including Paco de Lucía.  Nor do all events offer solidarity tickets, a certain amount contributed by Flamenco on Fire to the network against poverty in the city's capital so that no one would have to go without their flamenco and their “ole!”

The festival's kick-off also had a style all its own: the “aurresku gitano” might not convince everyone, but it's daring, and a good way to say “hey, the gypsies are here, and you have to listen to them”.  One of them, Ricardo Hernández, coordinated the conferences of the parallel activities in which Carlos Aguilar for example, described a film he wished the Nouvelle Vague had made: “Los flamencos” by Jesús Yagüe, filmed in 1966.  It was mentioned that the critic said it will soon be shown on television.

Kebabs, solidarity, gypsies and flamenco.  Lots of flamenco, because there were even things for the children who had their special show with “La nube viajera” that was presented at the Baluarte, a creation of Flamenquillos.  There was also excitement in the street and from the balconies.  Arcángel, accompanied by Dani de Morón, thrilled the crowd from the balcony of the Hotel La Perla, and the audience wanted to hear him sing.  Seeing him as a spectator at other shows, people thought nothing of asking him up on stage.  This happened to him at Alba Molina's concert with Joselito Acedo where the daughter of Lole and Manuel apologized several times for not being her mother.  “You don't need to be”, it seemed necessary to tell her how well she sang and fit the part. 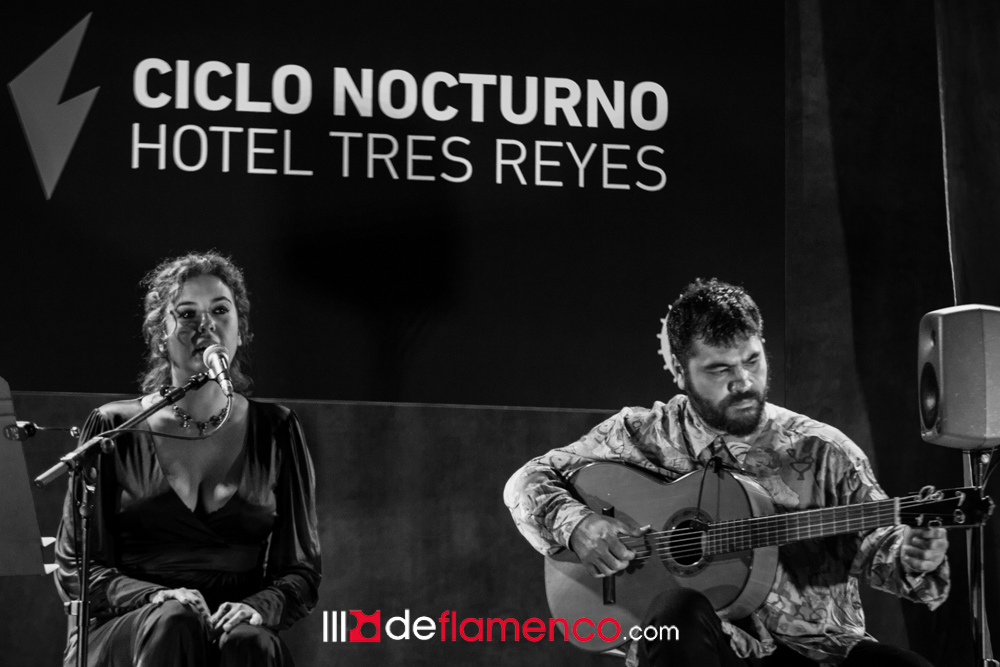 Belén Maya added a touch of wisdom.  Not only because she demonstrated that a fan is for whatever is needed if you know how to use it, for guajiras, alegrías or to seduce the audience.  Her intelligence could be seen in the memory of her father, Mario Maya, for whom she danced seated and in trousers.  How big this small woman is.  How long her glance and her expectations are.

The Pamplona audience deserves special mention.  The venues were full, the people were demanding, they protested.  They knew what they expected to see, they weren't fooling around, and there was a diversity of origin and age.  They were also kind and grateful, perhaps because what they'd seen in these five days of festival sounded fresh, or like something they only get to taste now and again.  Flamenco On Fire has turned three years old, and it only remains to be seen if the powers that be continue to support this project.  Here's hoping they do, that flamenco up north, beyond the concert devoted to local artists, has (as it must) plenty to say. 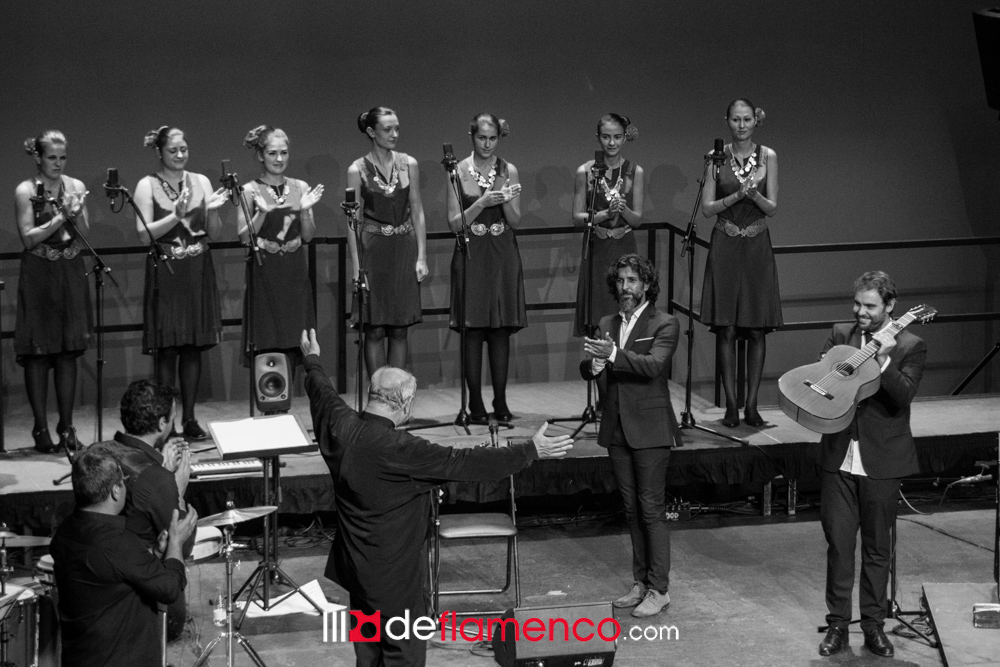 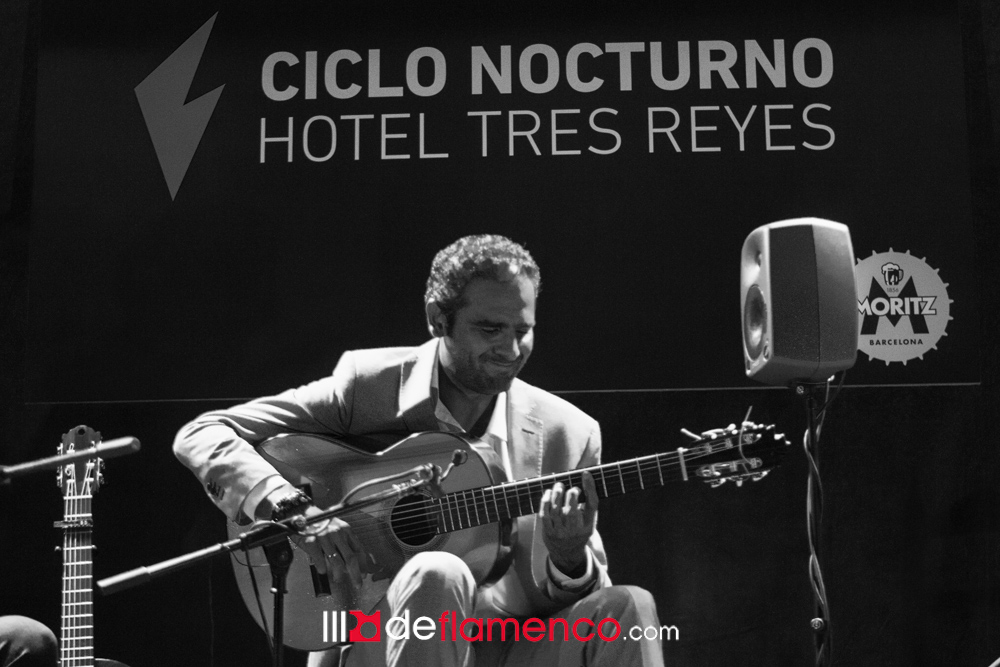 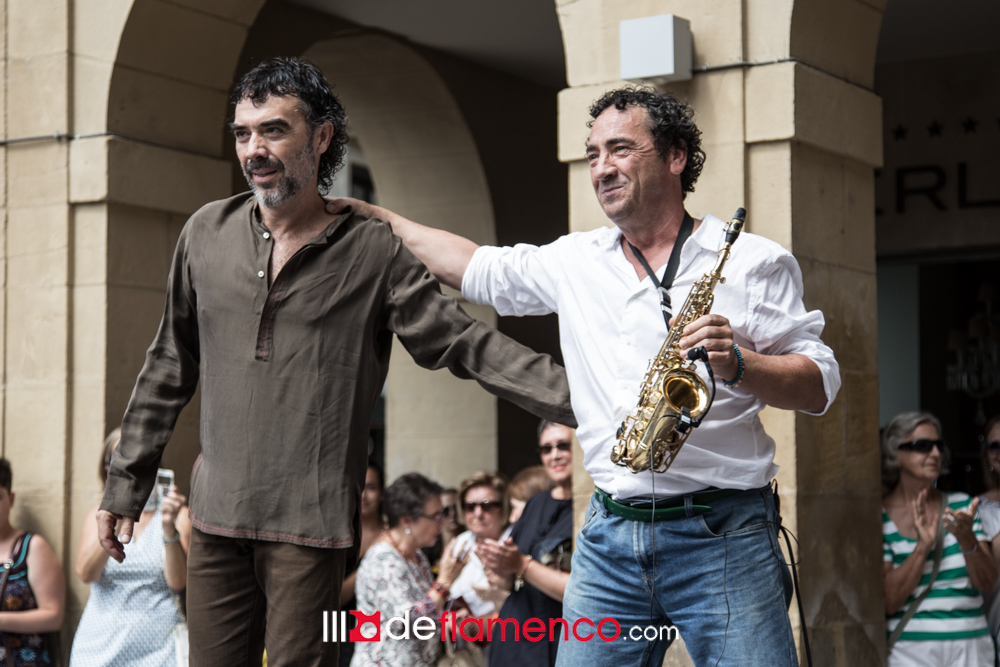 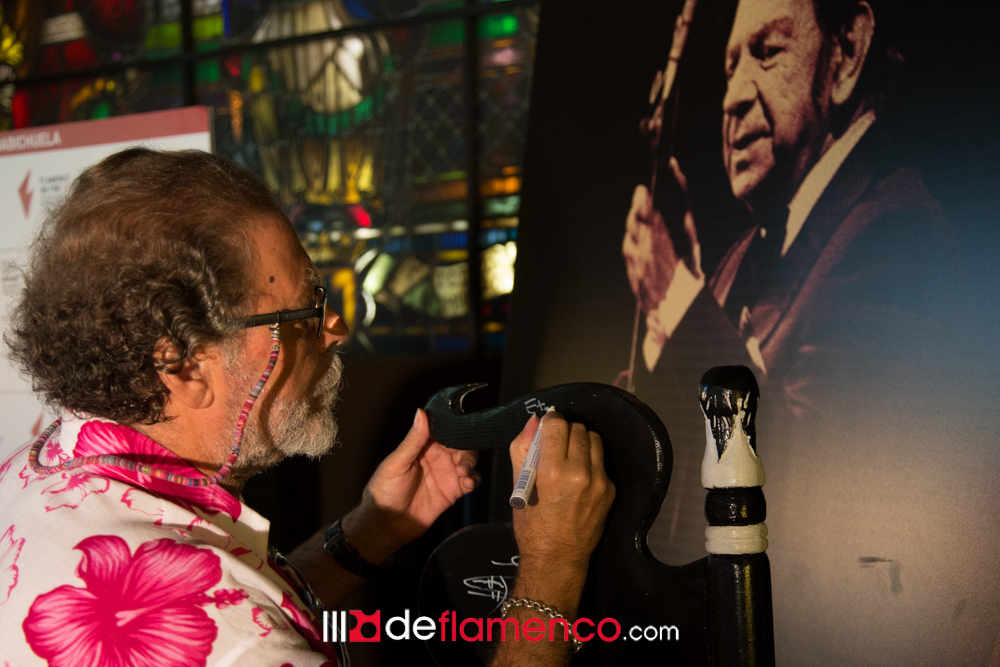 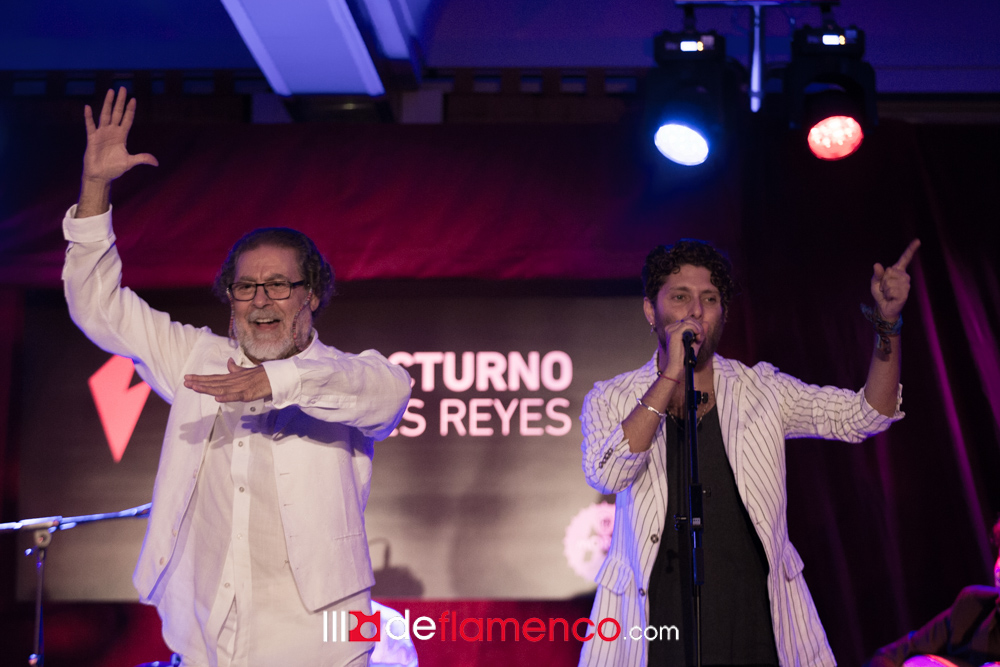 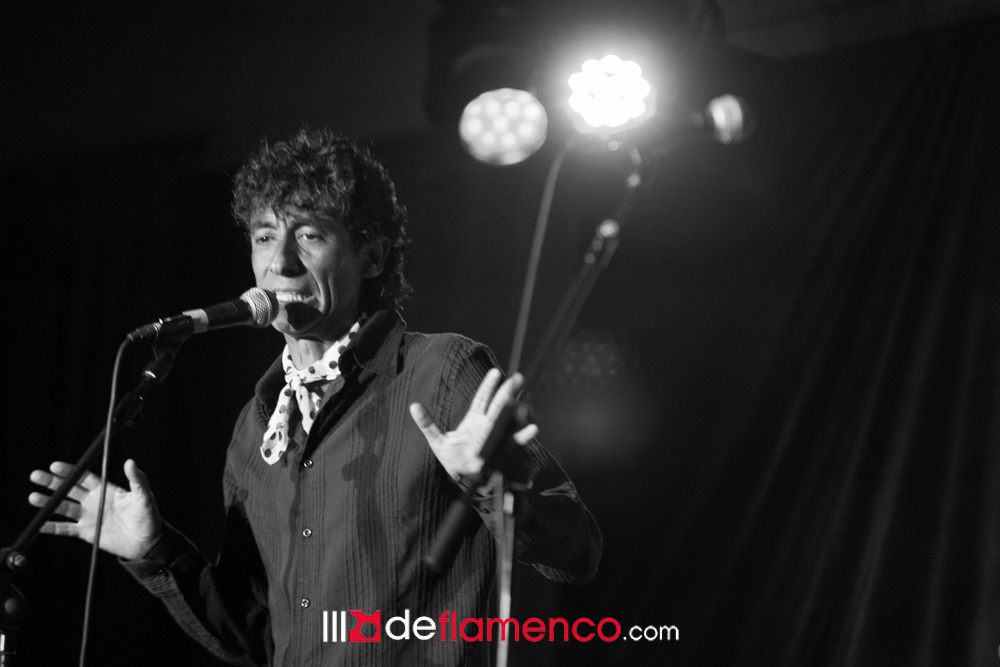 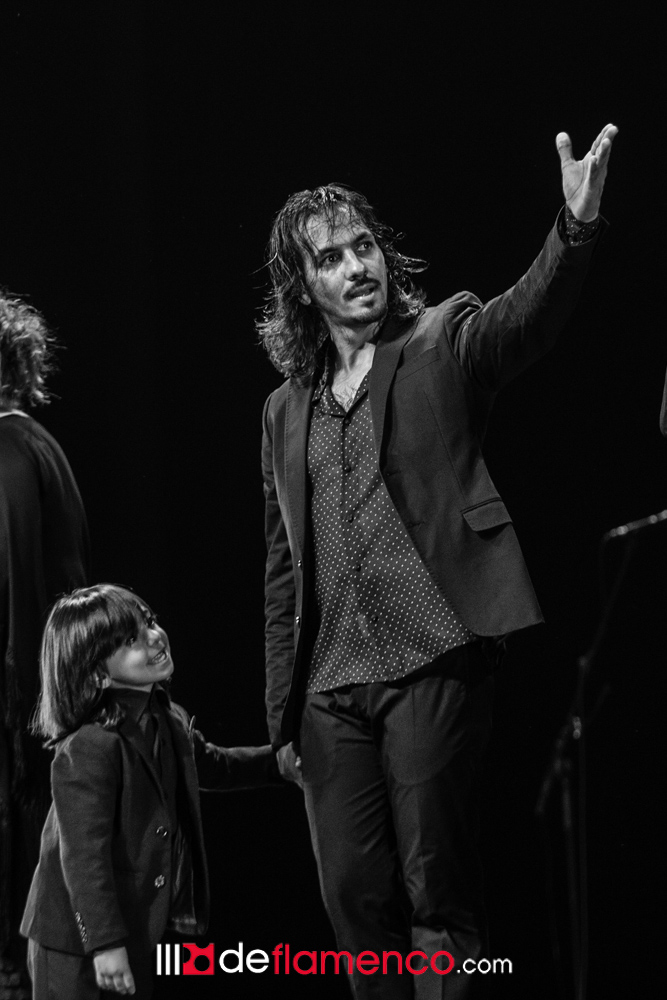 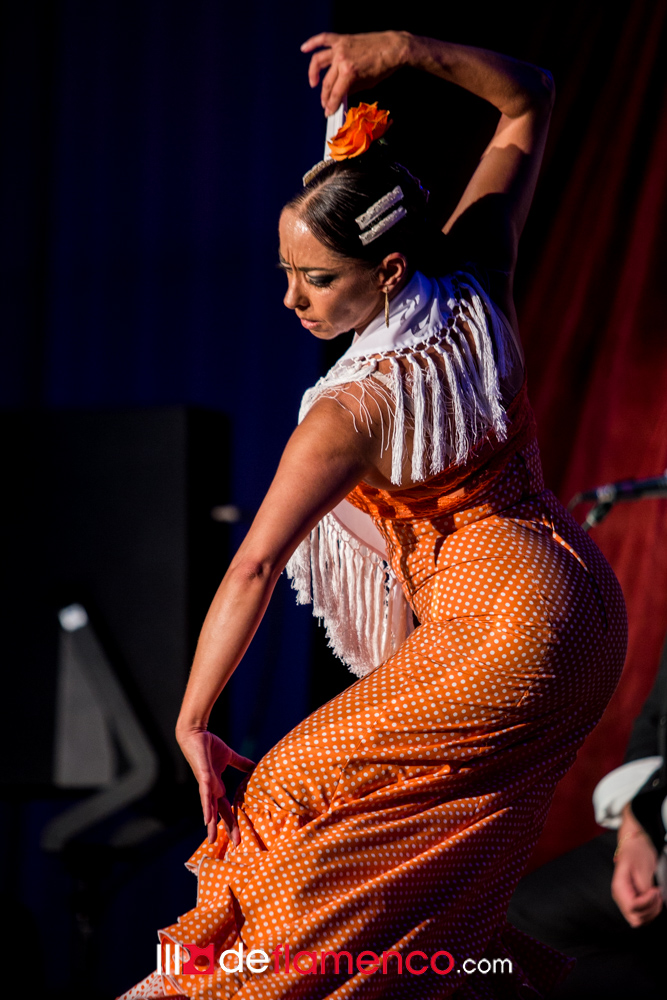 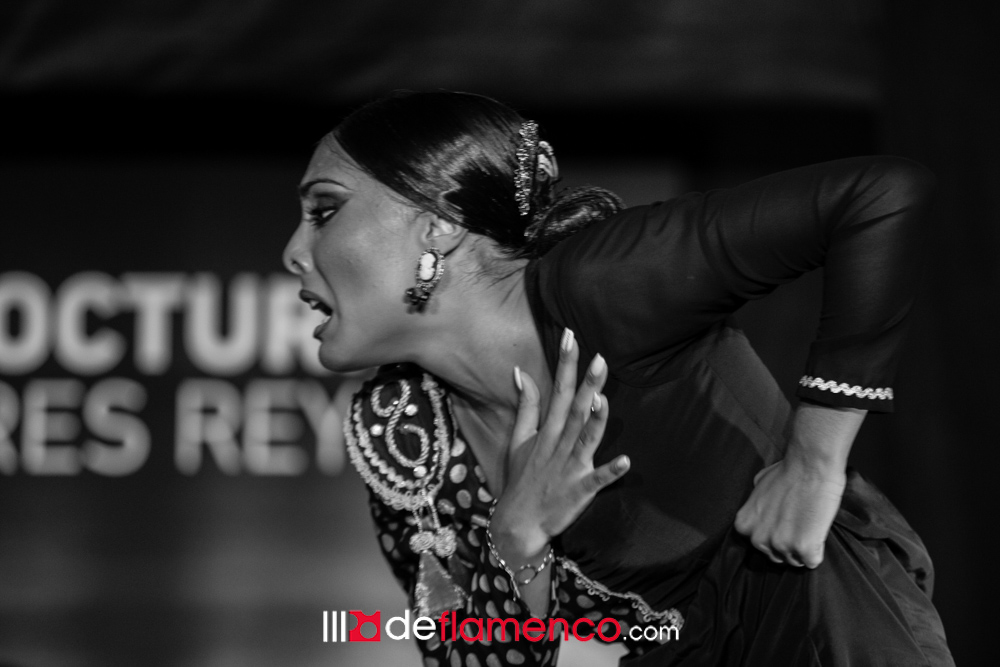 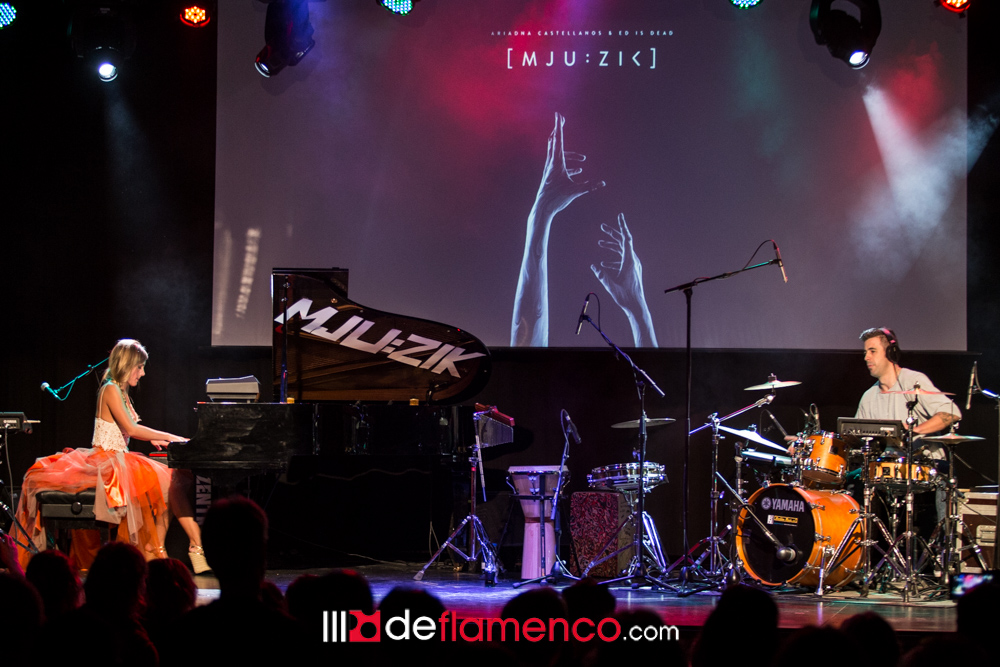 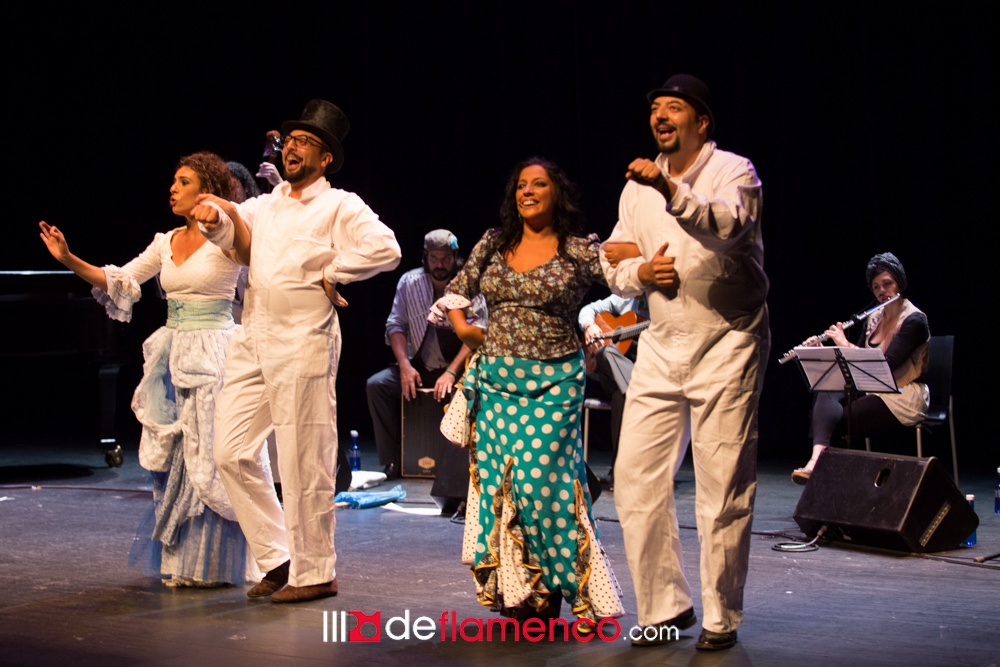