This time the objective was more than just to put on a good show.  It was the closing gala of the 18th edition of the Bienal de Flamenco de Sevilla after 24 intense days of performances, presentations, conferences and exhibits.  And it was also a gesture of recognition and tribute for a grand veteran of flamenco singing: Juan Peña “Lebrijano”. This man, whose career began to take shape before the era of Camarón and Paco, has passed through various artistic stages, from the most classic Mairena line, a repertoire he commands masterfully, to the exotic, experimental music he has always felt comfortable with.  His generation came of age in an era of radical changes in flamenco, and he tried many things, with greater or lesser success, always with intelligence, knowledge and honesty.

This affectionate tribute had moving moments for anyone who has witnessed the artistic voyage of Lebrijano.  Now we see him as a mature veteran, and his well-worn voice is more touching than that of the young man who closed programs in the seventies with his bulerías singing and dancing…tireless, unstoppable, the king of the summer festivals.

Juan bravely delivered his soleá and siguiriyas, coming fact-to-face with his limitations and managing them like the seasoned professional he is.  Inés Bacán interpreted soleá por bulería to the typical 'romance' rhythm of Lebrija.  Tomás de Perrate gave us cantiñas and alegrias of Pinini, Carmen Ledesma added her fine serene dancing and Dorantes on piano recalled melodic lines made famous by his uncle Juan.  The guitars of Pedro María Peña, Antonio Carrión, Ramón Amador and Ramón Amador junior gave just the right guitar accompaniment for each moment.

The social protest songs “Galeras”, a creation of Lebrijano's, were also present, references to “La palabra de Dios a un gitano”, “La Buenaventuranza”,  the andalusí music that filled an important part of the singer's career, “Lágrimas de cera”, “Libres como el aire”, “Dame la libertad”, “Mi condena” and the unforgettable “Sal que te quiero ver bailar” that marked an era. The singer had the help of voices such as that of José Valencia and Juan José Amador who lovingly evoked the unmistakable sound of the maestro from Lebrija.

The dancing of Carpeta, was strangely out of place, and the presence of Diego Carrasco was not fully exploited, although it's always a pleasure to see him on stage.

Two weeks ago, Lebrija was featured in a delightful show at the Hotel Triana with some of the town's best young talents.  Last night everything came full circle with the closing of this grand festival, and a well-deserved tribute to Juan Peña “Lebrijano”, one of the most important flamenco singers of our time. 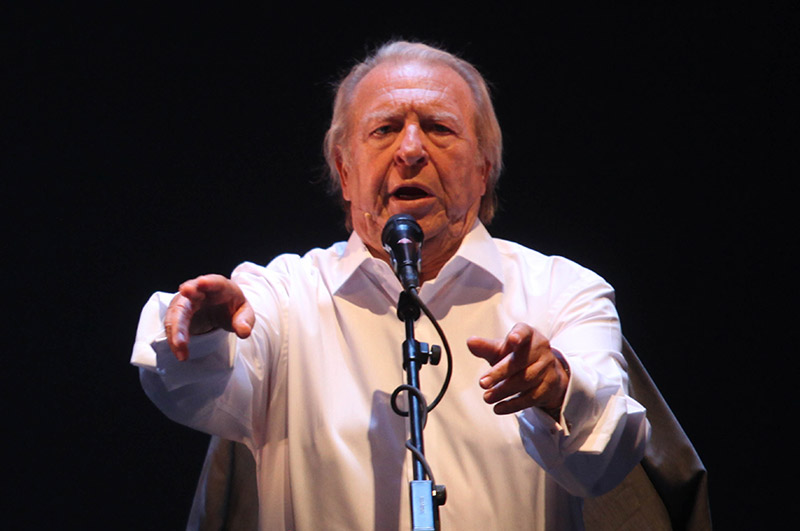 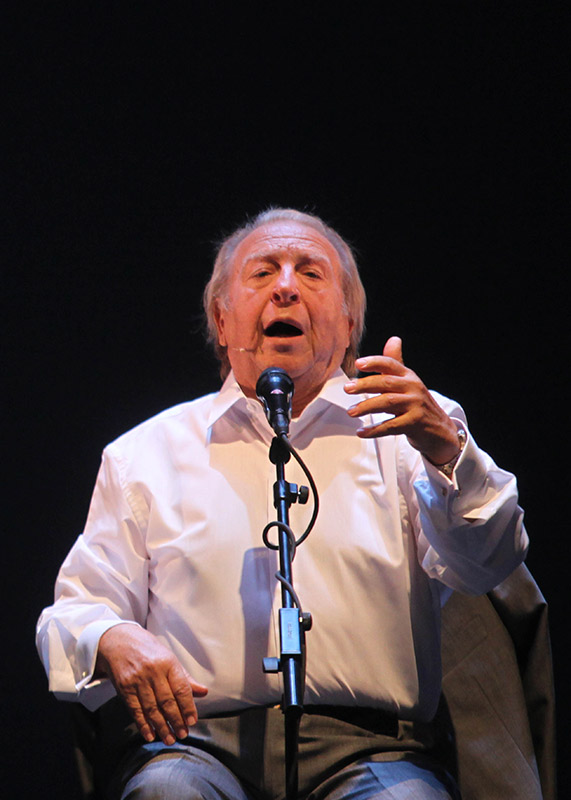 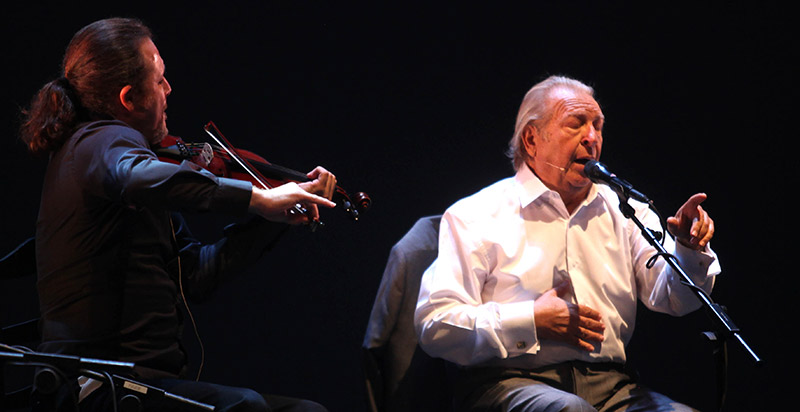 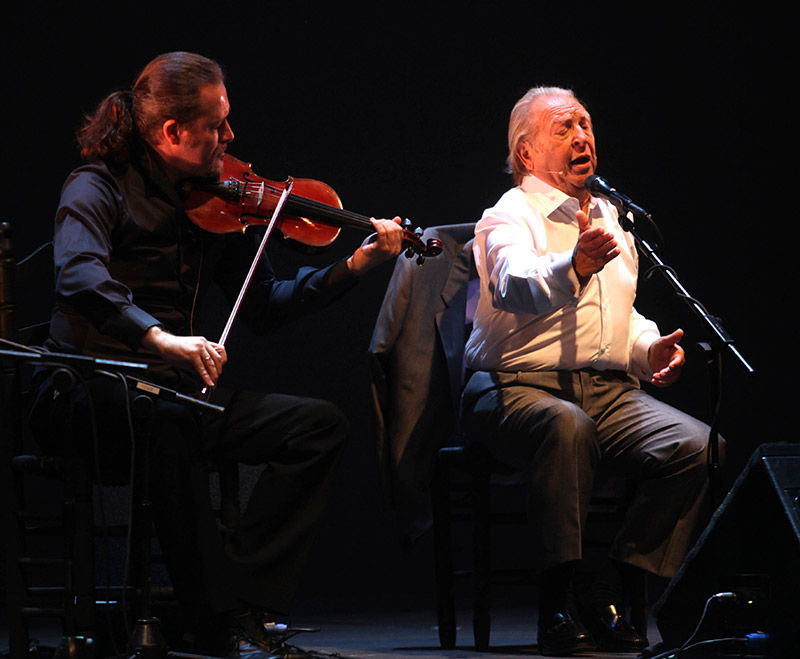 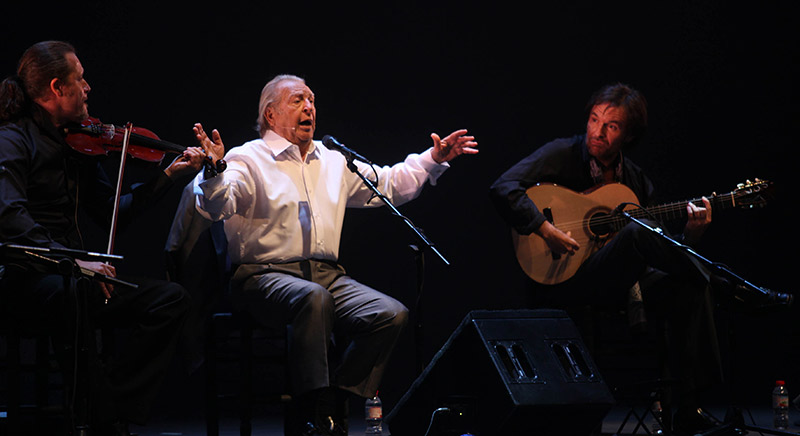