Flamenco Protests, Now and Then 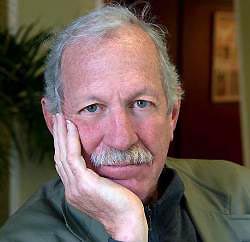 Scholar William Washabaugh talks about flamenco flashmobs and political protest in the year 2013.

Flamenco, according to Jason Webster, is and has long been a protest music (“Flamenco Flash Mobs,” BBC, March 26, 2013). In his view, social protest is “integral” to flamenco, long-lived but largely hidden. Now suddenly this tradition of protest has been resurrected and revived for all the world to appreciate. He is referring specifically to the flash mobs that have been popping up in Spanish banks, singing and dancing and interrupting the sorts of economic transactions that have contributed to Spain’s recent troubles.

I have no doubt that flamenco is currently being used this way, as a vehicle of social protest, but Webster is overstating the case when he claims that flamenco and protest have been tightly wedded all along. A number of scholars have argued otherwise, including myself in “Flamenco: Passion, Politics and Popular Culture” (1996) and “Flamenco Music and National Identity in Spain” (2012).

“Such performances turn a brand new page in flamenco history”

Songs can be political in many ways. Sometimes they are intentionally performed as statements of protest, as was the 60s music of Phil Ochs whom Dylan criticized for singing politics instead of singing his soul. But sometimes too, the artists’ intentions are only vaguely political, like Springsteen’s “Born in the USA,” about which George Will wrote “I have not got a clue about Springsteen's politics…but flags get waved at his concerts” (1984). Alternatively and regardless of performers and their intentions, music can be used by listeners for political purposes, as swing music was used by dissident youth in Germany during the 1930s and as the song “Na Na Hey Hey Kiss Him Goodbye” (Steam, 1969) continues to be used to foster solidarity amongst fans at sporting events over these past forty years. Such listener-centered politics is less often about policies and laws and more often about alternative social values and goals, “the politics of the everyday” so to speak. It implies and sometimes generates a sense of community amongst widely dispersed people who use the music to help them imagine their communal ties with countless and faceless others.

Contemporary flash-mob flamenco performances are political in all these respects. These performances are intended to be protests and are perceived so as well. On the one hand, the lyrics that are sung reveal the performers’ clear intentions as in “Banker, Banker Banker, you have the money and I have a hole.” [Banquero, banquero, banquero, tú tienes billetes y yo un agujero]. On the other hand, listeners, whether present or tuned into press coverage of these performances, frequently find themselves reacting sympathetically and imaginatively subscribing to “the politics of the everyday” that these performances imply.

So these flash mob performances involve politics in these many ways. But—and this is my point—rarely did such politically charged art arise in flamenco circles in the last half of the nineteenth century or the first half of the twentieth. Artists back then focused their energies on survival, aiming for personal success rather than social transformation. And audiences for their part were too fractured into mutually competitive cities, towns, villages, and barrios to ally themselves with each other in pursuit of social change. Only now, when flamenco has become the cultural marker of autonomous Andalucía, has a pan-regional social imagination kicked into gear. Only now do flamenco performances promote change by engendering resentment and resolve amongst Andalusians from Cádiz to Cazorla. Although flamencos have been pursuing their art for a long time, it has only now become a protest-art. Like Jason Webster, I celebrate this development, but, unlike him, I contend that such performances turn a brand new page in flamenco history.

William Washabaugh is Professor Emeritus of Anthropology at the University of Wisconsin-Milwaukee. He is author of Flamenco: Passion, Politics and Popular Culture (1996), The Passion of Music and Dance (1998), and Flamenco Music and National Identity in Spain (2012), as well as numerous scholarly articles, reviews and popular essays, all of which are listed at: https://pantherfile.uwm.edu/wash/www/index.html.