From Antonio de Bilbao to Martín Caminero: 150 years of Basque and Navarre flamenco

Flamenco in the Basque region is overcoming the burden of Franco and nationalism, and is becoming consolidated with the Gira del Norte and the Pamplona festival.

It had to be Enrique Morente who would dispel the suspicion.  And it happened in 1998, when a judicial order closed the newspaper Egin, and its directors and employees cooked up Gara in order to keep the news flowing.  In the inaugural celebration which took place at the Anoeta Velódromo, journalists and musicians such as Lluis Llach and Mikel Laboa showed up, as well as the singer from Granada in representation of the flamencos.  “It was no small thing.  With his presence it was open season and many prejudices of northerners towards flamenco began to fall” explained Curro Velázquez-Gaztelu in one of the conferences offered at the Flamenco on Fire festival in Pamplona, and organized by the Federación de Entidades Gitanas de Navarra Gaz Kaló.

Those taboos, like the ones that still remain, had a lot to do with the appropriation of flamenco by Francisco Franco during the years of his dictatorship.  From that point on, in the north, as in the east and other points throughout Spain, flamenco was associated with Spanish nationalism.  “That meant that despite there being a large number of Andalusian and Extremaduran immigrants in the Basque country, they were not able to express their culture, at least not publicly, as they were able to do in Catalonia”.

Curro Velázquez-Gaztelu was born in Arcos de la Frontera, but has been living more than fifteen years in Basque country, and from there he observes and studies flamenco.  He places the first truly flamenco manifestation in these parts in the person of dancer Antonio de Bilbao, and in the year 1867, although there are other previous records.  One is the book of Don Preciso, in which verses of seguidillas, tiranas and polos are collected.  Another is the figure of Nati la Bilbainita who, without being flamenco, had a great influence on dancers Pilar López and Argentinita.  “She was a maestro of the castanets” says the journalist.

Antonio de Bilbao was actually born in Seville, but was raised in the city of Nervión where he became more known after Ramón Montoya accompanied him on guitar.  It was also advantageous to be living in the most important cultural hub of the Basque country.  “Bilbao was very important because there were a great many cafés cantantes”.  The dancer was the teacher of none other that Vicente Escudero, and according to Velázquez-Gaztelu, without him it would not be possible to understand everything that originated in the region regarding dance.

Pamplona, the most flamenco place

The most flamenco area of Euskal Erria, without a doubt, is Navarre, that’s where Sabicas was born, and there’s a gypsy population of more than 8,000 inhabitants.  “We’re Navarre gypsies, and as much natives here as anyone with a bunch of Basque surnames”, is something Ricardo Hernández, president of Gaz Kaló often repeats.  It’s precisely in Pamplona where the Festival Flamenco On Fire was founded four years ago, dedicated to the memory of the great guitarist, but there are also festivals in Estella and even Donosti which, according to Curro, is the least flamenco of the Basque country.

Even so, it was in San Sebastián that the Peña Paquera de Jerez was founded and thrived, and where each month of November there is a contest which this year held its 17th edition.  La Gira del Norte, organized by Antonio Benamargo, is another strong point of the flamenco offering in these parts and which extends to Castilla y León and Logroño.

The communication between two cultures

In addition to preceding historical events, Curro explains there has been a rapport in recent years between Basque culture and flamenco, and once obstacles are overcome, Basque artists have approached flamencos, and vice versa.  A good example is saxophonist Pedro Iturralde, who Paco de Lucía set his sights on, opening the way for jazz and flamenco musicians to begin a round-trip journey between both genres and which has never stopped increasing the number of followers.  Another example is the excellent bass-player from Pamplona, Javier Colina.

That contact is also seen in dance: Jesús Herrera with his work “Dantzari – Bailaor”, and Israel Galván’s interes in the dancer choreographer Jon Maya which led to the work “La Edad de Oro” with an Aurresku gypsy made up of saxophonist Josetxo Goia-Aribe who danced with bits of seguiriyas and soleá por buleria by the Triana dancer Marco Vargas.

Sounds are also contagious, they’re taken or shared: the most recent example is that of the txalaparta, a sort of wooden xylophone played by four hands with four wooden sticks, and used by shepherds to communicate with one another between their properties and which was incorporated into flamenco at the Corral de la Morería in 2014.  At that time, Sara and Maika, the sisters who make up the group Ttukunak, played siguiriya and cantiña accompanied by Juañares.

The confusion with sevillanas

Among others who collaborated in tearing down prejudices are the radio programs.  “Radio San Sebastián and Radio Bilbao, for example, who in the 1920s already had a flamenco program” explains Velázquez-Gaztelu who says that Franco’s influence devoured flamenco, but later on it was the rebirth of Basque nationalism that managed to systematically reject all things Spanish. “A big mistake, because flamenco isn’t from Spain, it’s from lower Andalusia and belongs to the universe”.

The so-called “años de plomo” (years of lead), when ETA killed anyone who didn’t think as they did, were an impediment to the cultural expression of the many immigrants from the south who lived in the region.  The proliferation of Casas de Andalucía didn’t exactly spread knowledge about flamenco.  “In the 1980s they were so given to promoting sevillanas, that it was normal to be at a discotheque and people would be dancing them.  That contributed all the more to confuse the Euskaldunes”.

Today, the panorama has evolved and is very different.  So much so, that in some gaztetxes, centers occupied by young people with nationalist ideology, you can attend flamenco classes.  “And even in the University of Navarra!” says the journalist who studied the origins and evolution of this art-form in the north of Spain.  Velázquez-Gaztelu is optimistic about the evolution of festivals and artists, and the interest triggered nowadays, and says, with a touch of sarcasm, that although there’s no bulería de Bilbao, the bass-player from Vitoria, Pablo Martín Caminero, has already given us a beautiful soleá de Gasteiz. 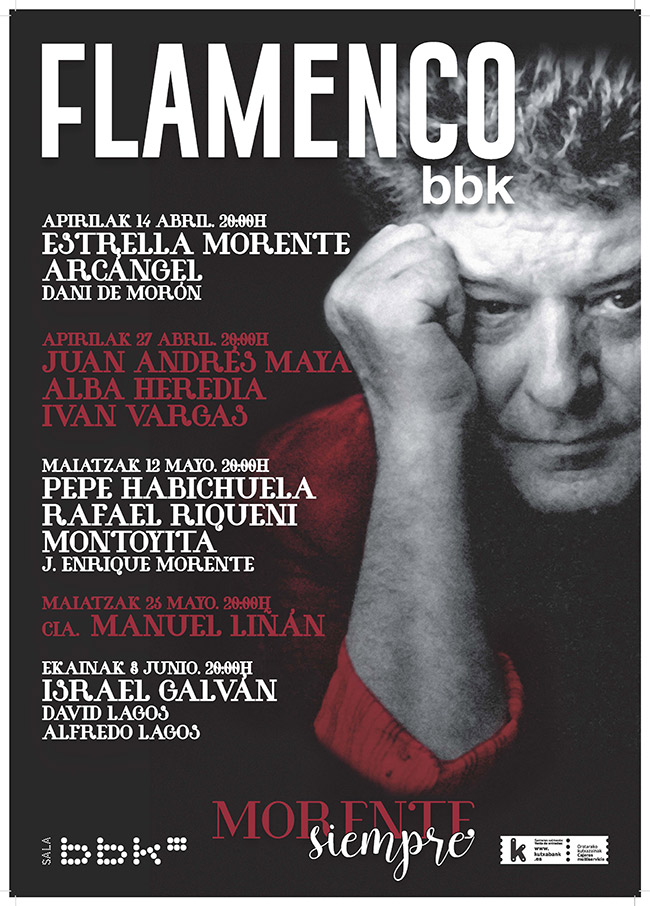