In the program notes of “Naranja Amarga” which last night debuted at the Villamarta Theater, the central figure, Leonor Leal, had herself listed as “interpreter”, not dancer.  Well, I suppose all dance is the interpretation of a part, especially in current works which nearly always aim to communicate “something more”.

Leonor is a breath of fresh air in today’s panorama of female flamenco dance.  Her very traditional training by Jerez maestros Angelita Gómez, María del Mar Moreno, Juan Parra and Antonio el Pipa, yielded the surprising and original personality of this dancer who wears her hair shorter than short as a declaration of principles and independence.

They say it’s wrong to make comparisons, but let’s compare last night’s Leonor with Leonor just two years ago in this same festival.  On that occasion, in reference to her work “¡Ele, ele!”, I wrote:  “This dancer comes with no apparent intellectual baggage”…”the pretext is innocent and deceptively obvious”…”many well-conceived humorous moments”.  The work was so successful, it earned Leonor Leal the festival’s prize for best newcomer in 2011, a vote I remember as being unanimous. 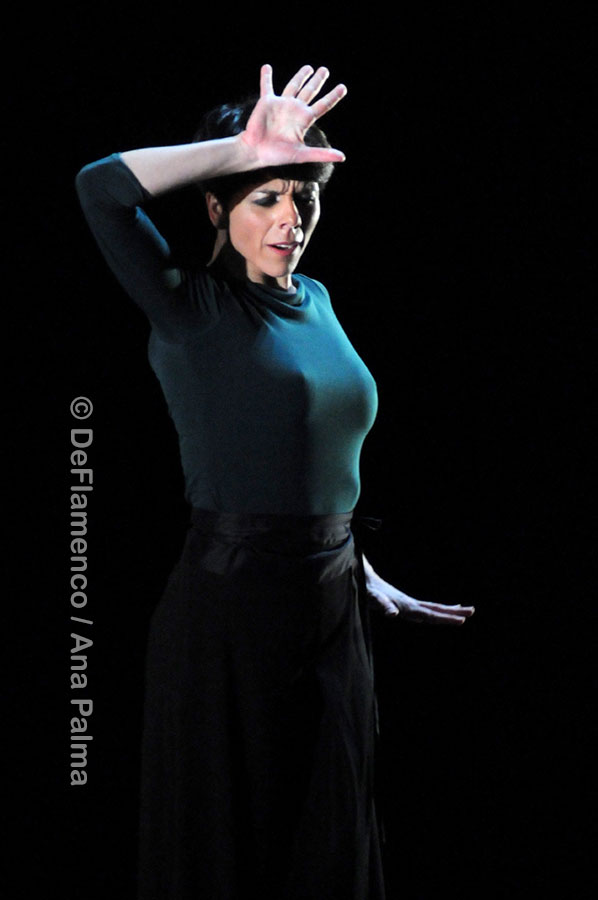 Last night there was intellectual baggage.  Lots.  The libretto is as dense as molasses on a cold day in January, and overall, the show lacks that innocence we all fell in love with two years ago.  Leonor has gone the way of the inexplicable fashion of black on black, lofty conceptual goals at any cost, and deemed it necessary to project a naked portrait of herself.  The guitar of Juan Antonio Suárez “Cano!” is characteristically ethereal and lyrical, which adds no substance to this work so in need of it, and the same goes for the sweet singing of Rocío Márquez.

Leonor moves to the semi-freeform mining cante of Rocío, winner of the Lámpara Minera in 2008, and everyone pitches in to update the caña, probably the most interesting moment of the work thanks to its fascinating blending of traditional and contemporary forms.

Singers Jeromo Segura and Javier Rivera and guitarist Salvador Gutiérrez manage to inject a certain flamenco energy, but the Villamarta was over Leonor’s head.  However, don’t lose sight of her because this is a dancer who has a lot to say.

The Palacio Villavicencio is the last stronghold of the Festival de Jerez for those who came to this self-proclaimed birthplace of flamenco to enjoy the product.  David Carpio, with a surname that carries a lot of weight in Jerez, young but artistically mature, serious and committed, came to this lovely venue with Manuel Valencia on guitar, and the palmas of Carlos Grilo and Chícharo. 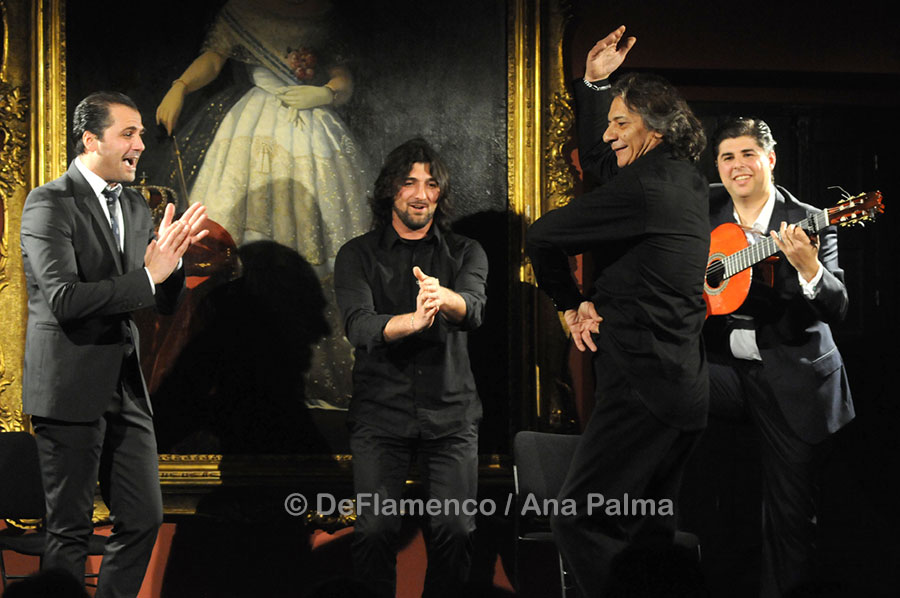 The unforgettable image in everyone’s mind, impossible to avoid, was of David’s last performance in this very place just two years ago when he was accompanied by Moraíto whose absence continues to be painfully felt in Jerez.  The singer had words and cantes for the beloved late guitarist.

With his classic San Miguel delivery, passed through the natural sweetness of his voice, he began with pregón and bulería.  In soleá he showed deep knowledge, his malagueñas were not the typical Mellizo styles, and one of Peñaranda was especially lovely; an unusual repertoire for a Jerez singer.  He also surprised us with a good assortment of cantinas and alegrías – you can see he has an open mind and the desire to learn cantes beyond the basics.  Taranto, siguiriyas that were wisely phrased and subtly shaded and bulerías with an intelligent selection of verses and styles.  At thirty-something, David Carpio has the dignity and aplomb of stars from earlier times.

Traditional dancing at the Sala Compañía within the series “Paso a dos, maestros y jóvenes” (pas de deux of maestros and newcomers), although this time the distance between youth and experience wasn’t so apparent.  Chiqui de Jerez, the young veteran, and Antonio Molina “El Choro” the veteran newcomer met each other halfway on common ground thanks to their artistic capacity and the dependable framework of rhythm and cante that holds flamenco together. The communication works mutually between the two of them as well as with the audience. 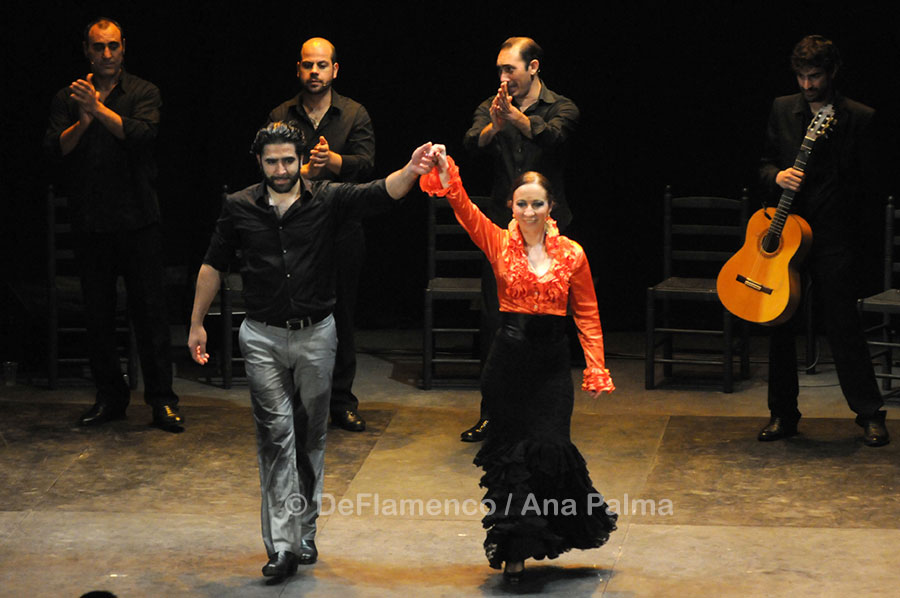 Tangos of Granada and Extremadura make a fine presentation dance, disciplined and crisp.  Chiqui, who has had several groups of her own, understands the importance of opening with a presentation, something so often overlooked nowadays.

The trio of singers, Pepe de Pura, Pulga and Moi de Morón sing trilla and martinete to pave the way for Choro’s siguiriyas.  Although he’s young, we’ve been following the career of this very promising dancer for some years.  He also did a long alegrías before the bulerías fiesta finale with Chiqui.

And out in the street the beat goes on at tabancos, flamenco clubs and a variety of venues throughout the city despite the cold, despite the fact that it’s Monday and despite the troubled economy. 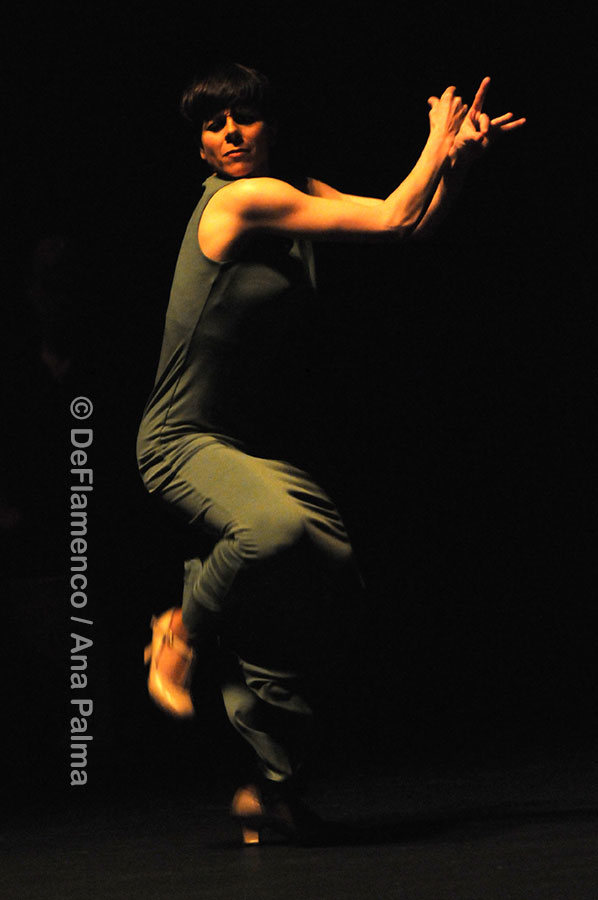 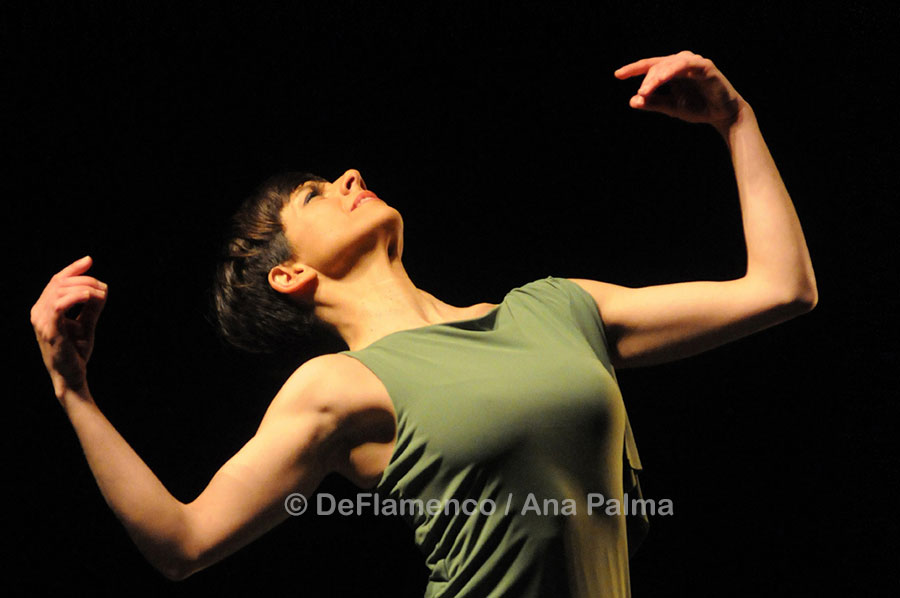 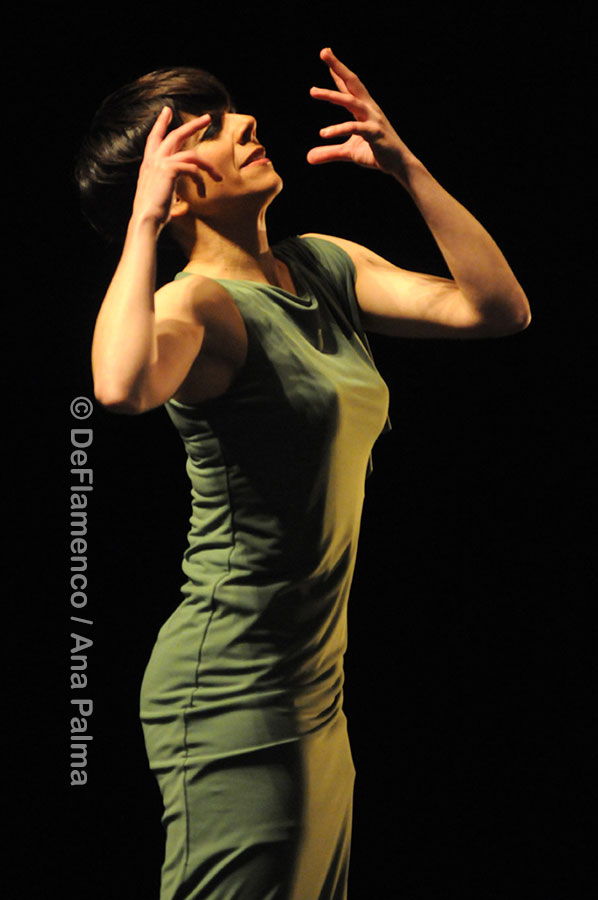 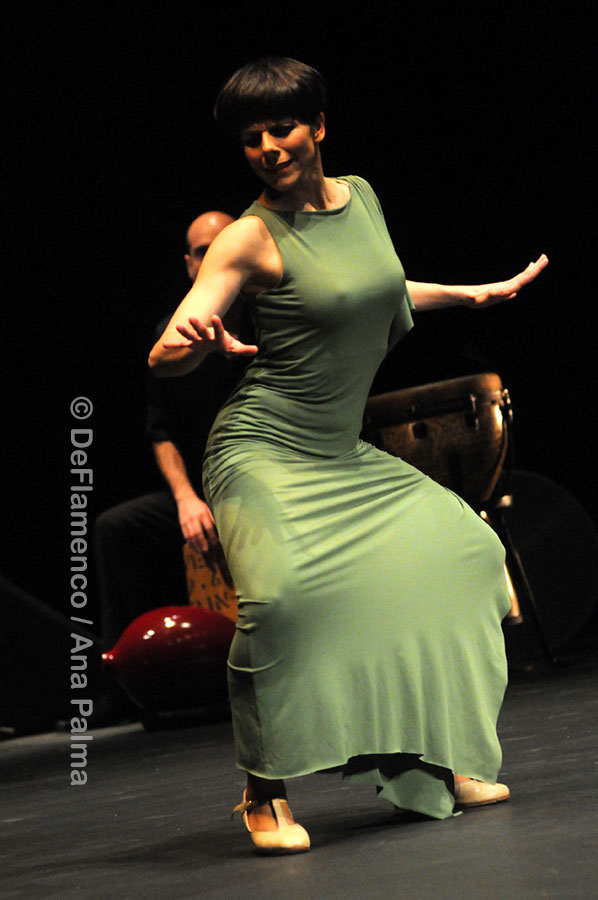 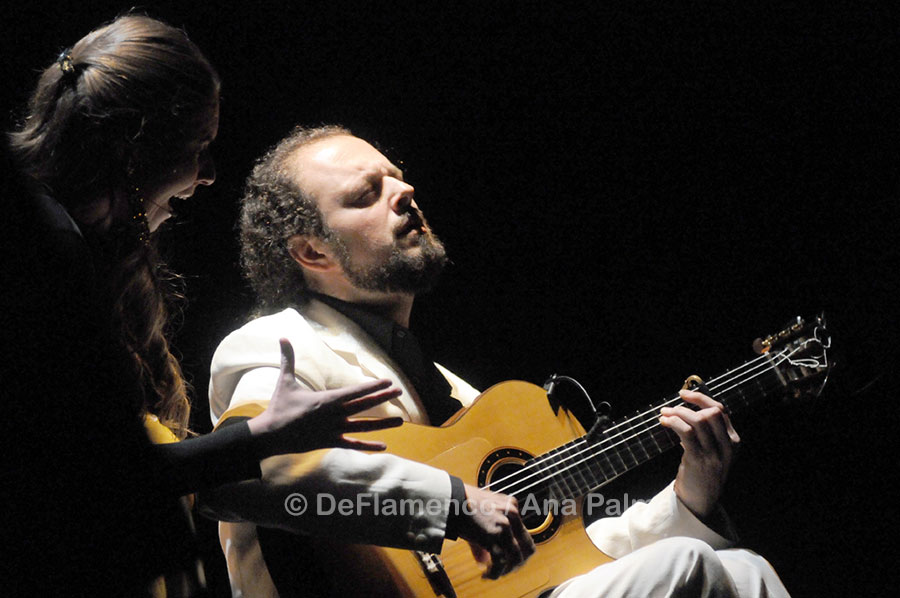 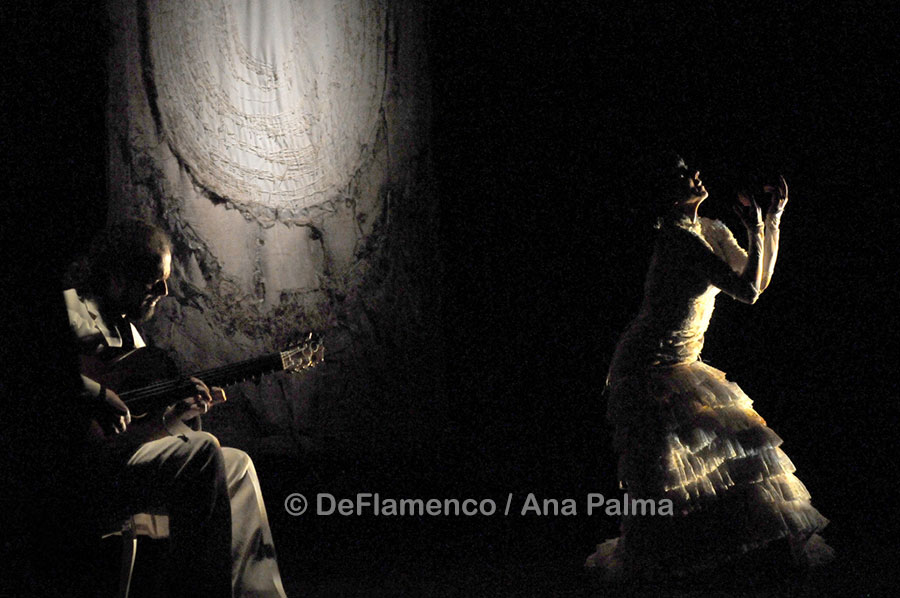 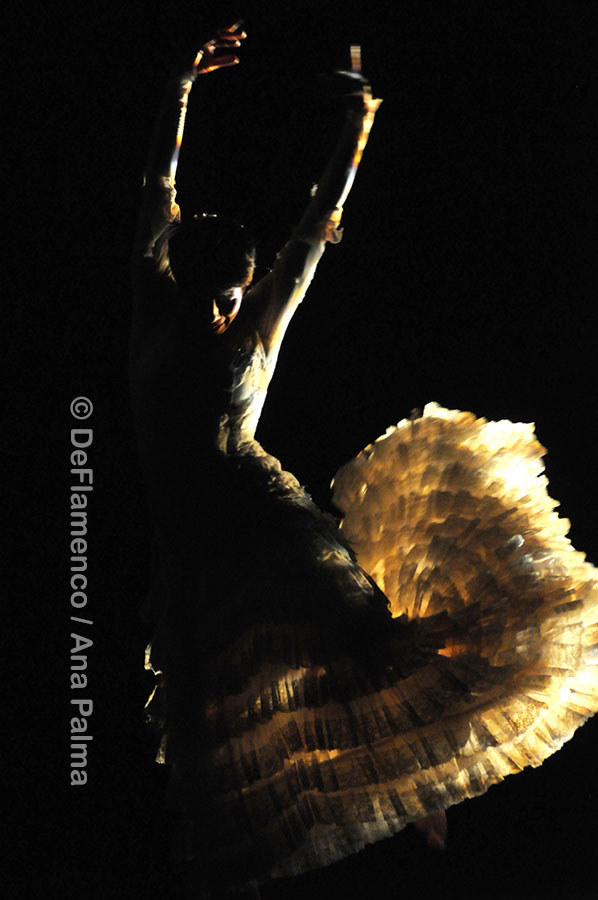 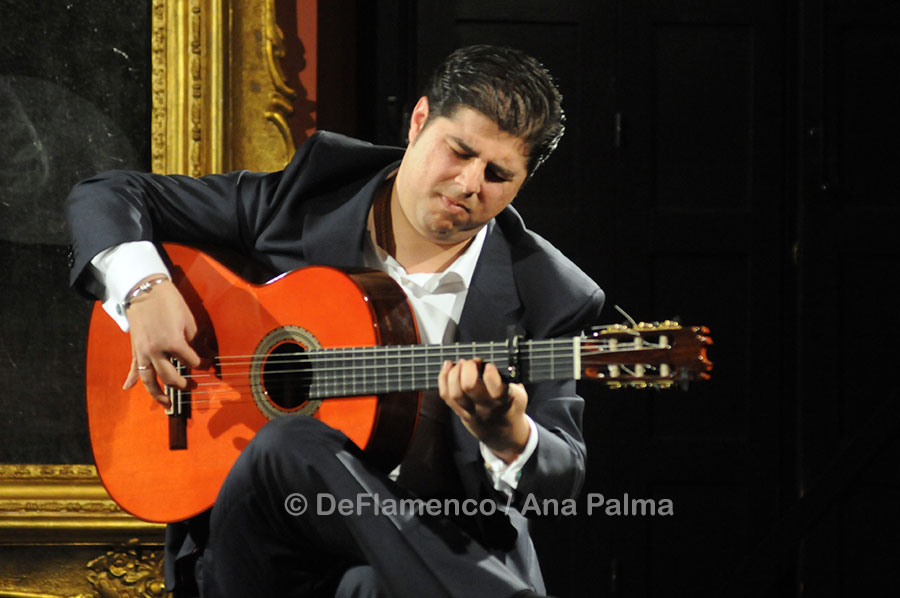 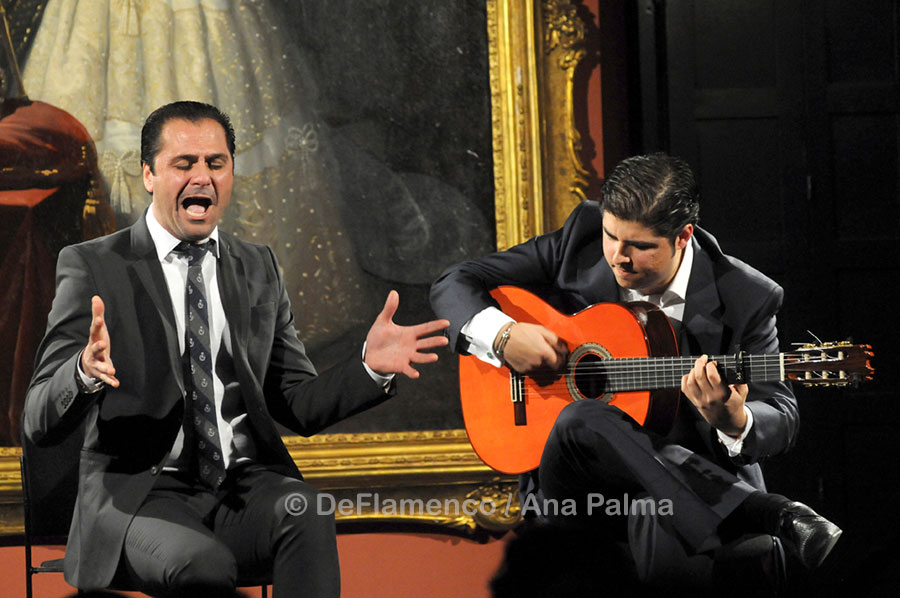 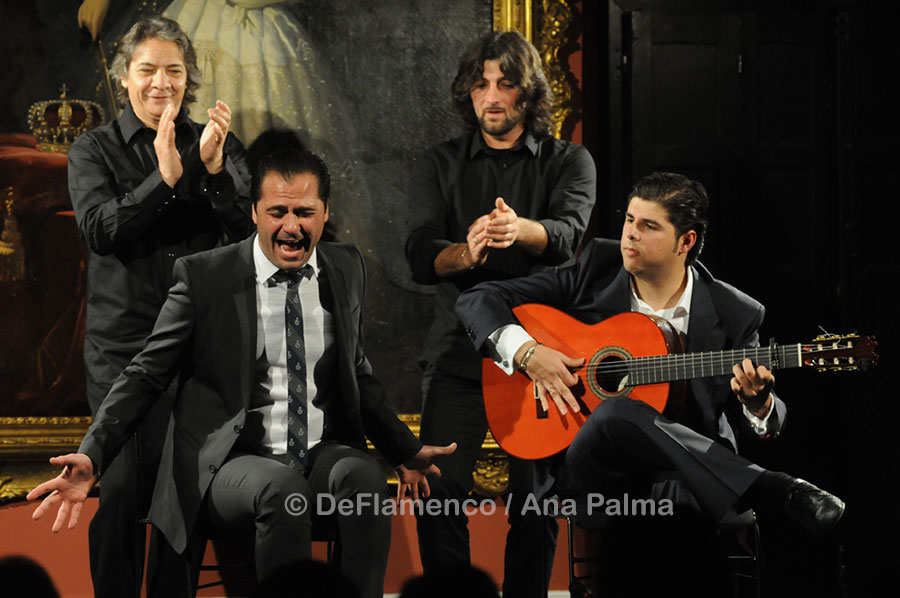 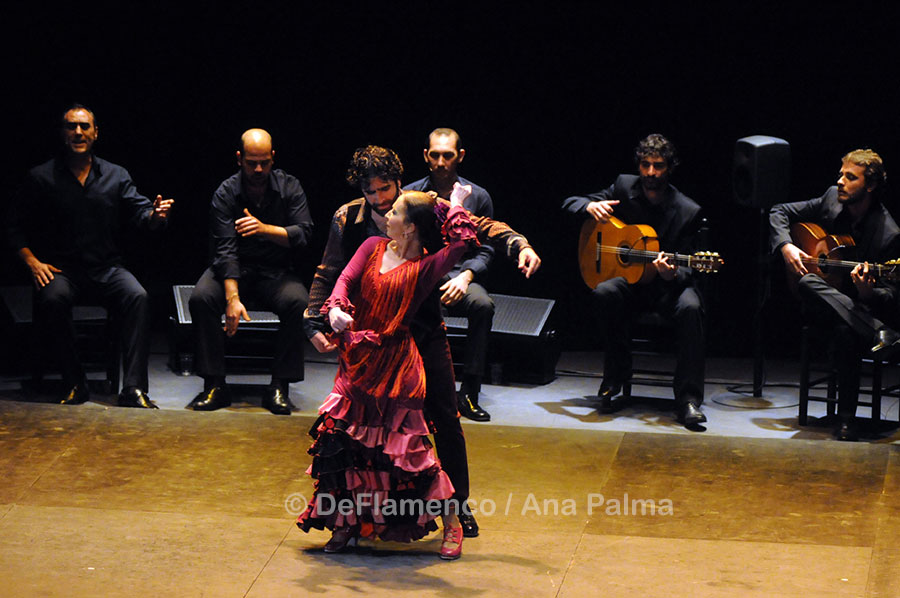 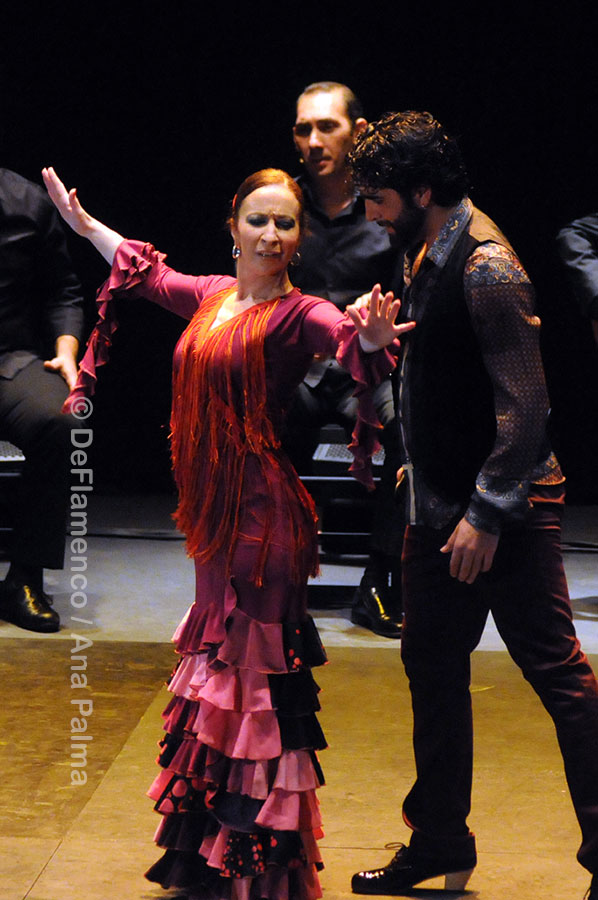 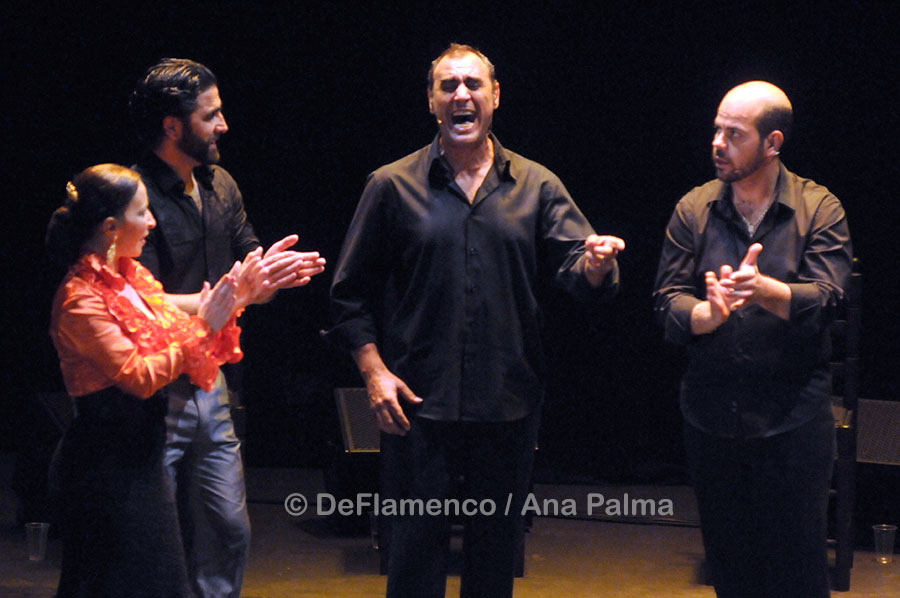