The Madrid dancer triumphed in Jerez with “Con-SecuenciA”, a straightforward but effective show that serves to lay out the paths he wishes to follow in the future.

He came on assuming a challenge from the audience: would the dancer be able to fill such a large, and somewhat unwelcoming space?  The venue in question, the Villamarta theater, and the artist, Alfonso Losa.  The man who is non-gypsy by birth and gypsy by his style, appeared before the doubters with minimalist staging, the work of Florencio Campo, and immediately showed he’s in top form.

Losa debuted his show Con-SecuenciA at the Festival de Jerez, a piece with which he aims to explore new languages, which, by what he showed, are more theatrical than physical; no sooner did he appear on stage, he showed off his attributes for which we know him…strong feet, abundant footwork and ultra-high speed in all his gestures.  The show began with his off-stage voice while he rehearsed, as if he were alone in his studio, exhibiting verticality and body placement that improved as the show progressed.  In this line he offered some lovely images in siguiriya, around the halfway point of the show.

It’s been 18 years since Losa debuted as a solo dancer, and ten since he won the Desplante prize at the Festival de La Unión, but yesterday at the Villamarta he appeared to have the intention of something like a fresh start.  Out with the old, in with the new, without forgetting his Madrid roots and maestros, but Losa wanted an about-face, and in order to achieve that he chose to dance in a facing-off with Rocío Molina who appeared on-stage as a hologram.

The encounter wasn’t exactly that, but more like an apprenticeship the dancer titled “Luz Molina”, and which began after saying “Sometimes I wonder what it must feel like to be her”.  Losa was brave because the Málaga dancer again demonstrated that nothing that others do is beyond her reach, although the opposite doesn’t hold true.  But Losa was up to the task, impeccable in front of his partner’s mirror, and was not only applauded for his bravery and execution, but also for the idea.

Then came the tientos tangos, siguiriya and soleá.  The search begun by Losa was of details, not great concepts, but he was no coward, because sometimes the bravest route is acceptance, which is why, seeing him showing his doubts was such a beautiful thing. What the man from Madrid did was allow himself to be carried away, to measure himself, to make some necessary changes to follow his path as a dancer in an artistic and dancerly scene, more and more demanding, and in which considering Jerez, he ought to have his place.

In Con-SecuenciA there was also room for improvement, for example, the entrances and exits were somewhat disorganized, and some transitions were too long, being alleviated by the cante. In that sense, La Tana played a very special part, singing with the strength that characterizes her, magical in tangos and tientos.  The work of the back-up Ismael de la Rosa “El Bola” and Manuel Tañé, who had some fine moments in siguiriya, also contributed to keeping the show on track at the level Losa wanted.

In the end, after some furious bulerías, just when it seemed time to applaud and go home, Alfonso appeared, calmed down, in near darkness, and began to do footwork as if he were rehearsing alone.  It was like everything was starting all over again, like a neverending circle with which Losa transmitted the idea that no learning is ever complete, and that art, like life, is a constant ongoing rehearsal. 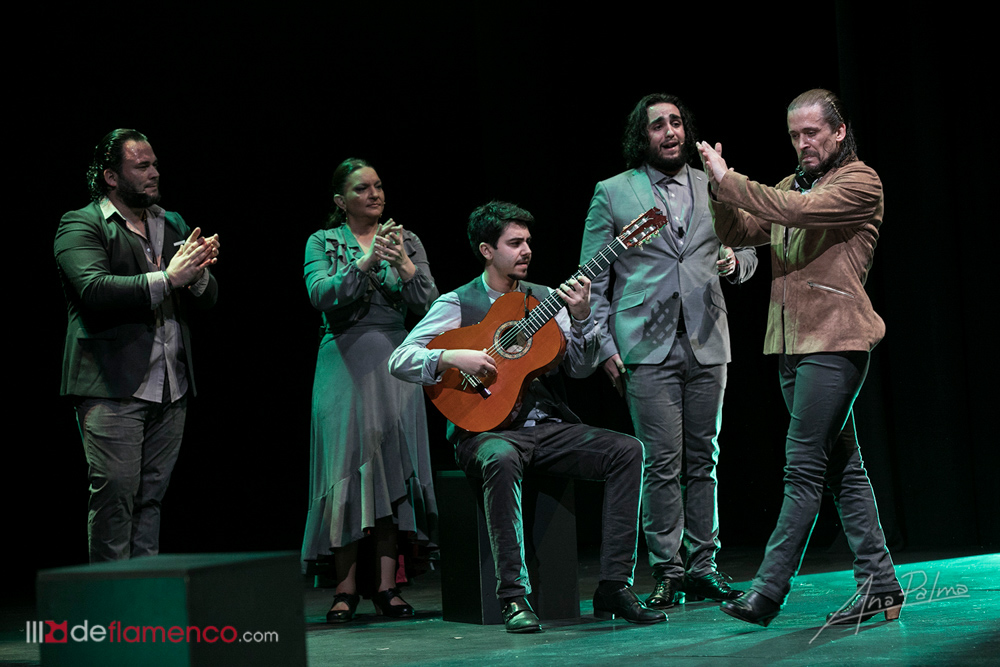