Flamenco and sardana are mixed in “Charnego”

Twelve years after his last debut of a show, the dancer from Hospitalet, David Romero, presents a work with which he remembers the history of families like his own, Andalusian immigrants who arrived in Catalonia in the seventies.

In front of the door of the Centre Cultural La Bóbila in Hospitalet, there’s an olive tree.  It’s in the middle of the plaza, transplanted, representing the blood of many people who walk past it each day, and take a deep breath.  On the inside, one of them, dancer David Romero, who is preparing his next work along with percussionist Joni C. Sánchez.  They’re Catalonians, but from their vocabulary and way of speaking, both seem like the tree in the street: transplanted.

Romero receives Deflamenco as he prepares the main attraction of “Charnego”, the dance of sardanas to the rhythm of tangos. This is his third show, and he’s presenting it February 23rd at the Teatre Joventut in his city after twelve years without debuting something of his own. “I didn’t feel like it, and when I did, I couldn’t find support. I also think a person should create when it comes naturally, not because of the obligation of always having to present something”.

The title has been carefully chosen.  According to the dictionary of the Institut d’Estudis Catalans, “xarnego” is a derogatory term that refers to a “Spanish-speaking immigrant residing in Cataluña”.  Romero however, turns that around. “Charnego” is what I am, I identify with that word, and for me it has positive connotations. Of course I’m aware of the sociopolitical moment in which I’m using it, but for me that takes a back seat”.  What Romero wants to talk about is the bravery needed to have a dream.  “My main character’s dream is to dance, to leave behind a life of olive-picking in order to go to Barcelona and become a dancer.  My father’s dream was to work in a factory like the Seat car manufacturer’s.  No matter what, the important thing is to go after what you long for”.

“Look, Joni, I go tacatá, tacatá, tacataaaaaaaa and then you answer me”.  In the preparation of those tangos that are going to be sardana, and viceversa, the dancer and the percussionist take five minutes to get into their world. They understand each other through footwork and cajón, and soon the rest of the people in the room are left out of the game.  “The story I tell in “Charnego” isn’t my biography, it’s a bit like my father’s, yours, and that of so many families who came here to live.  Like mine, who came in the seventies from Huelva”.

That same need is what brought David to live in Madrid, where he worked with Rafael Amargo, Joaquín Cortés, Antonio Canales and in the Nuevo Ballet Español. “In the capital I had access to something Barcelona couldn’t give me: flamenco companies.  And that’s where I found work, stability and freedom”.  But after nine years, he felt that cycle had dried up and returned to his city where he continued with his courses, his classes, he directed the Palacio del Flamenco and worked at El Cordobés.  “Barcelona is a terrific city because there’s work, but it’s missing certain things.  I’m a tablao dancer, but I aspire to other things, and here it’s not always possible to develop them”.

The artist explains all this while preparing the dances dressed in a jumpsuit and boots, and wearing a drum slung across his shoulder which he uses to mark the rhythm for Sánchez.  “There’s no choice but to set the work piece by piece. I’ve got the guitarist, Flavio Rodrígues, in Brazil, and the rest are involved in their projects. Afterwards I’ll piece it all together, but in the meantime, Skype and whatsapp are my best allies” he says laughing.  In the cast of “Charnego”, are singers Juan José Amador and Roberto Lorente, Diego Villegas and Rodrigues holding up the musical part and Stephane Boko who did some choreographies for Cirque du Soleil, directing.

In his new work, Romero incorporates elements of contemporary dance. “They’re pieces that come up in the part of the trip the character makes from Andalusia to Catalonia”.  The rest of the numbers are tanguillo, fandango, seguiriya and a granaína they ceded to the guitarist Chicuelo because he says he admires the work of colleagues such as Andrés Marín, but that he’s not a contemporary dancer, but rather a flamenco dancer.

“The audience reaction to that sardana makes my head spin, for example, I want people to understand what I do and what I want to express.  But I think my fear is normal, mostly because there many people giving me support”, says the young man who has received funding from the Ayuntamiento de Hospitalet and from entities such as the Federación de Entidades Culturales Andaluzas en Cataluña (FECAC), in order to make his show a reality.

What he doesn’t have any doubts about, is dancing with a bata de cola dress.  “It’s that it belongs to be, it’s natural for me.  I already used it in ‘¿Quién dice que no?’, my second show, and that was twelve years ago”.  He adds that it brings out his feminine side, but that that’s not his intention in this work. “I don’t have any taboos or hang-ups when it comes to moving a hand or a hip, but in “Charnego” I’ll use the long train dress while maintaining a very masculine style of dancing”.  This is coming from a man who seems only to talk about women when asked what artists have most marked his line: “Eva Yerbabuena and Belén Maya”.

Romero names them admiringly, but you can tell he longs for his own space.  That he has the need to fly solo, as he’s always done, but he knows the panorama is complicated and you have to defend yourself.  “I’ve always been brave, I’ve gone after what I’ve wanted.  Now it’s “Charnego”, tomorrow, we’ll see” he says devilishly, and you can tell from his eyes he’s already thinking about the next step. 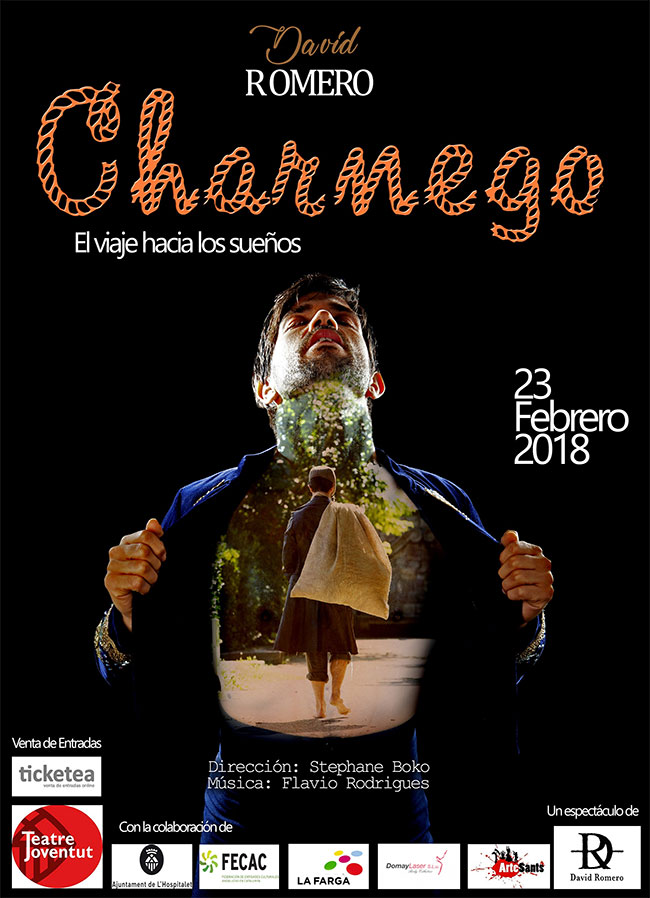 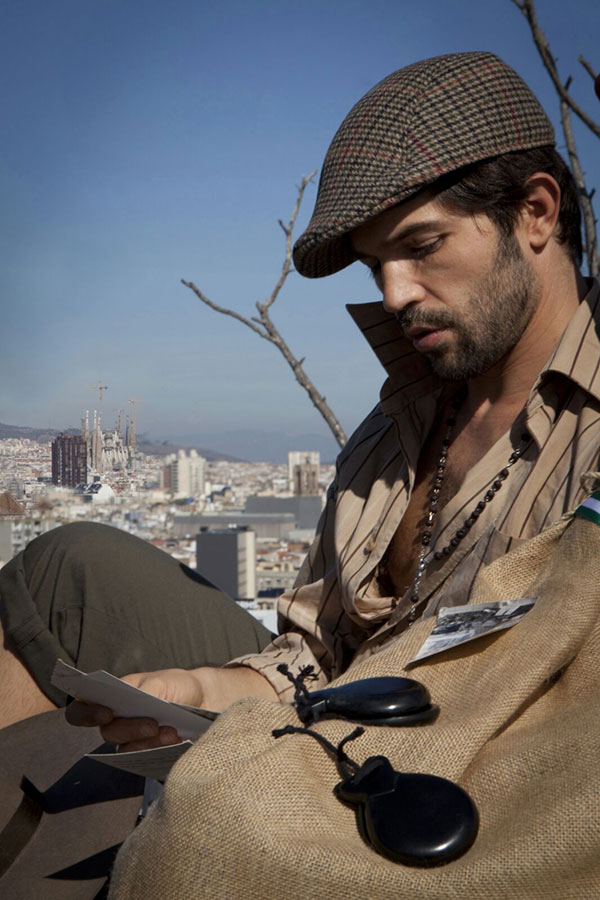 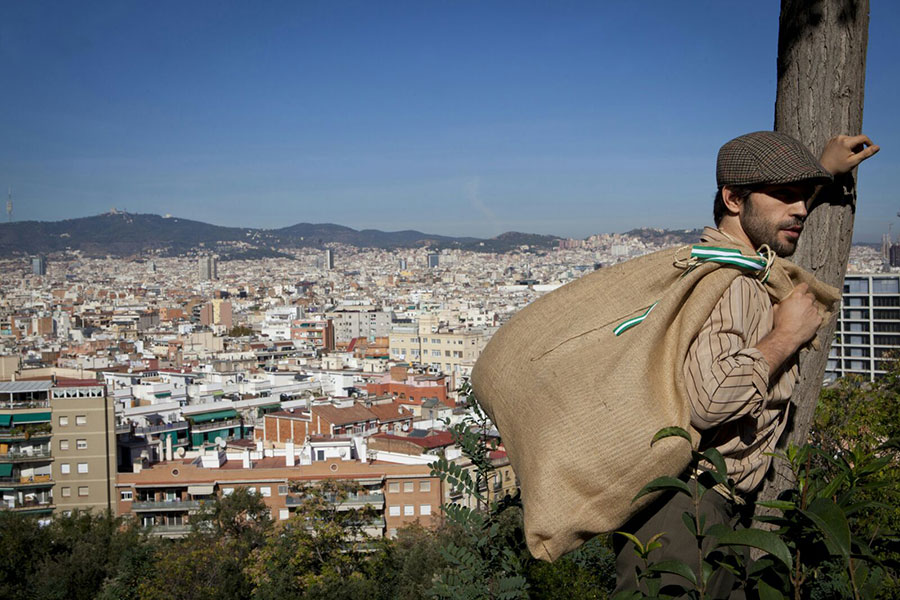 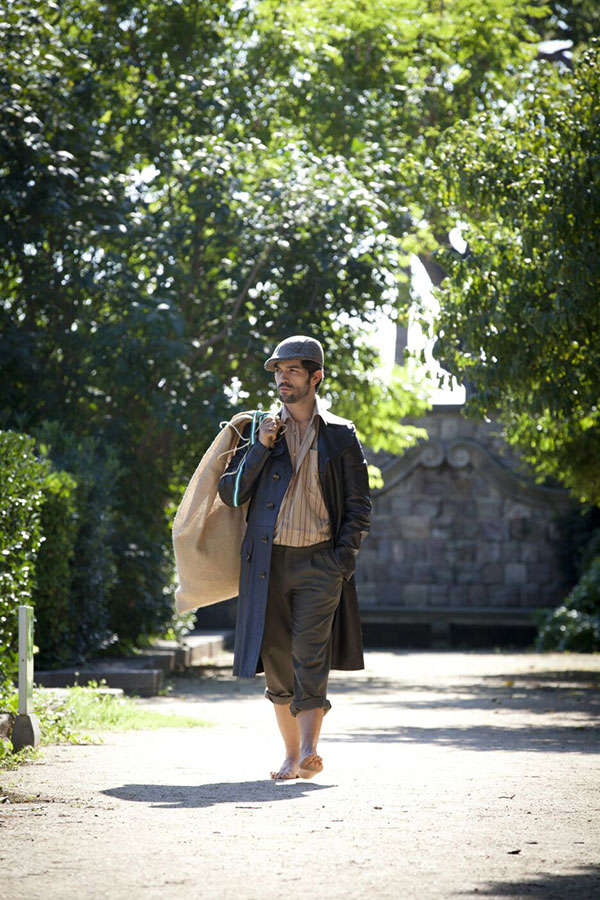