Farruquito and Karime, or vice versa

Last night Farruquito presented “Abolengo” at Barcelona’s Teatro Coliseum, a show choreographed by Antonio Canales, with Karime Amaya as special guest artist.  Two powerful family lines, the Farrucos and the Amayas, breaking ground in Barcelona and defending traditional flamenco, something they managed to accomplish in a somewhat uneven fashion.  The beginning was cold, and you didn’t feel the fury one would expect from these two heirs of flamenco dance.  Karime was the invited artist, but in fact, much more than that.  And Farruquito, despite the expansive quality of his talent, is better dancing on his own. The show began with violin, guitar and percussion, but evolved into a tablao with three great talents on voice and guitar.  And that was the precise moment when a goddess dressed in black was born, Karime by name, punishing her body por soleá and leaving no doubt about the tremendous difference between what one knows and what one can do.  In the third part of the show, with a flamenco setting, without violins or percussion, just a guitar to accompany the voice of Encarnita Anillo, Karime became a bird.  With her legs, which require no explanation, and unprecedented arms, almost wings, she demonstrated the physical and spiritual qualities that allow her to dance flamenco.  Karime had some head movements I’d never seen her do before, but they were not her own.  At times she seemed like one of the Farrucos, able to compete with them in any of their acrobatics.  But that wasn’t really her thing either.  And then suddenly, Karime was Karime, she turned into herself and showed her stuff.  She smiled bitterly, she contracted like a sensual serpent and proved that her arms are more powerful than ever.  Her head became gypsyfied and seemed like a deity in mourning who managed to turn the dull stage into a warm cave.  She was the ruler of her body and did the footwork as always but better, bending her ankles as like loaves of bread.

Farruquito didn’t have his best night.  He had some awkward moments and looked a little tired…afterwards we found out he had a cold.  But he’s got enough kindling to tame a cold, and he reduced the acrobatics to concentrate on other things, on moving his hips seductively, emulating his grandfather who never lost that unfailing swagger.  He fooled around with a chair and with the audience, seducing a fake moon more convincingly that he seduced his dance partner.  But there’s something you don’t learn: stage presence.  And Juan has it.  He smiles and the people applaud when he shows those pearly whites, looking more and more like his father all the time.  That way he has of materializing out of thin air, like a spirit, of always holding his head in just the right way, this man must have learned that once upon a time in a dream, because it can’t be explained or copied.

As a couple, the two dancers had little rapport, and to say the Karime was a guest is very unfair.  She danced nearly every piece and held nothing back.  Poetry was missing in the duets, sensuality was missing and there was an excess of footwork, but the audience was expecting it with high hopes, and they got what they wanted.

Luckily we could count on Encarnita Anillo who has all the lineage she needs right in her vocal cords, and seems to be a thousand years old for all the wisdom in her voice.  At just 30 years old, she was the godmother, the organizer, the cement that gave coherence to some rough moments.  Juan José Amador and Antonio del Villar, one more muted and the other more dynamic, were both in top form.  And Bernardo Parrilla deserves a chapter of his own: he played very concentrated and contained, bordering on sensational. 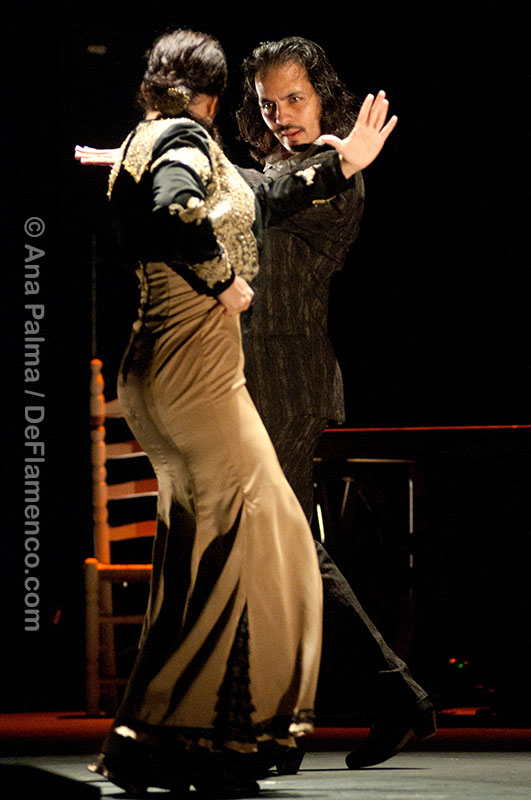 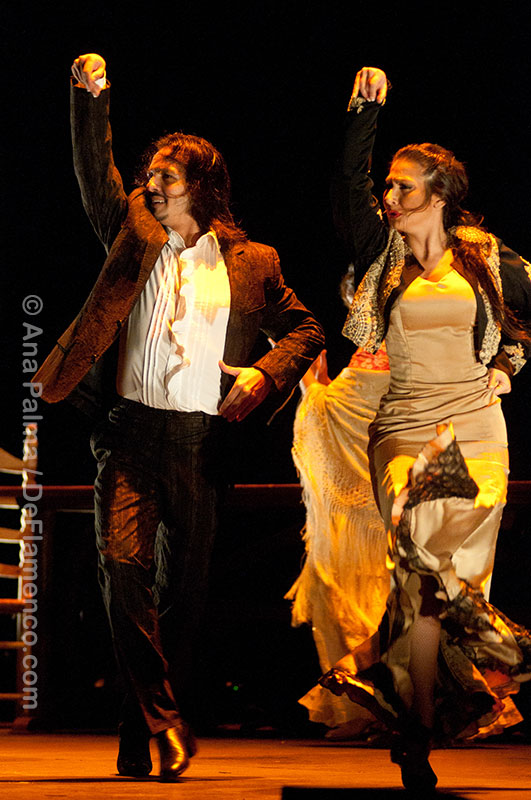 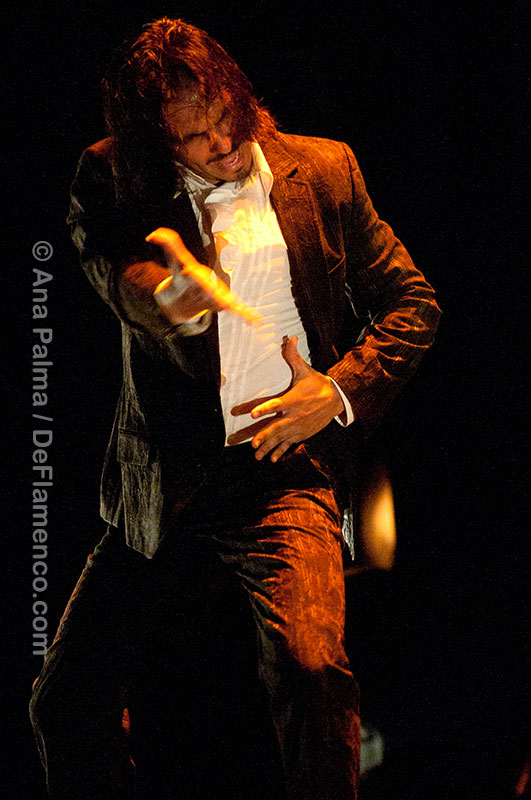 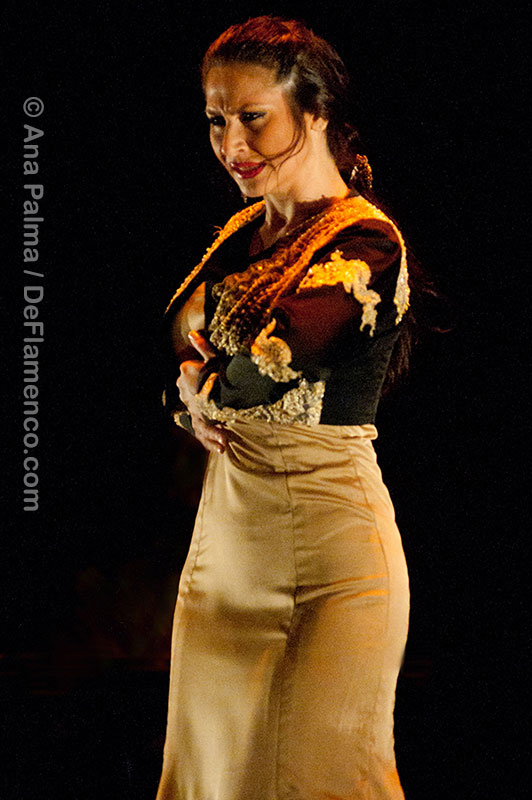 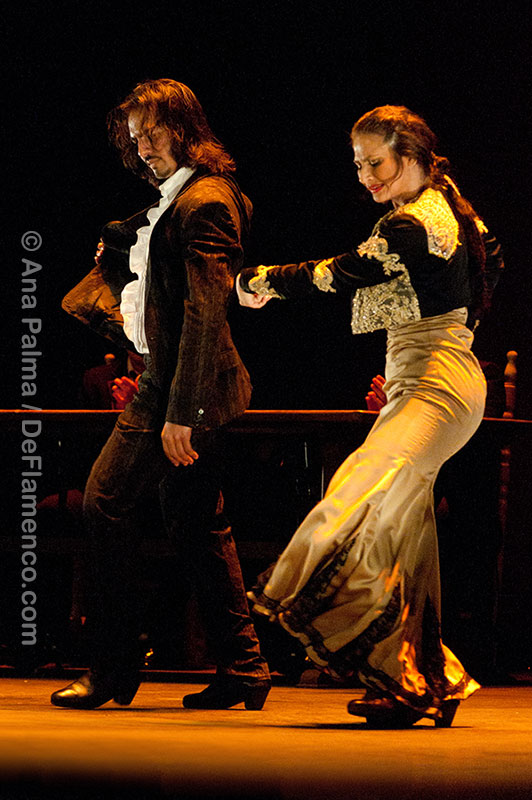 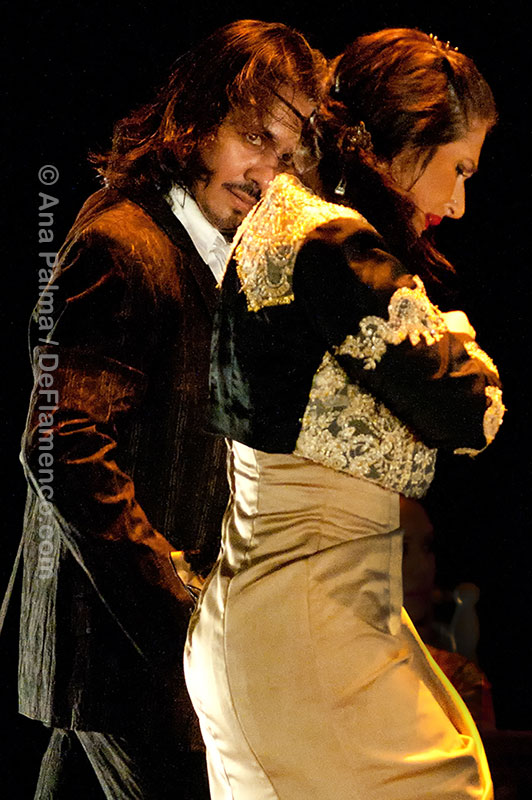 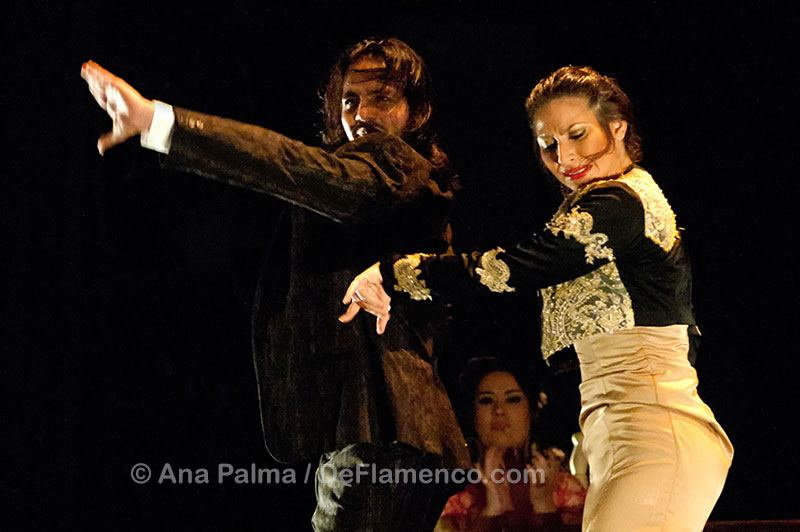 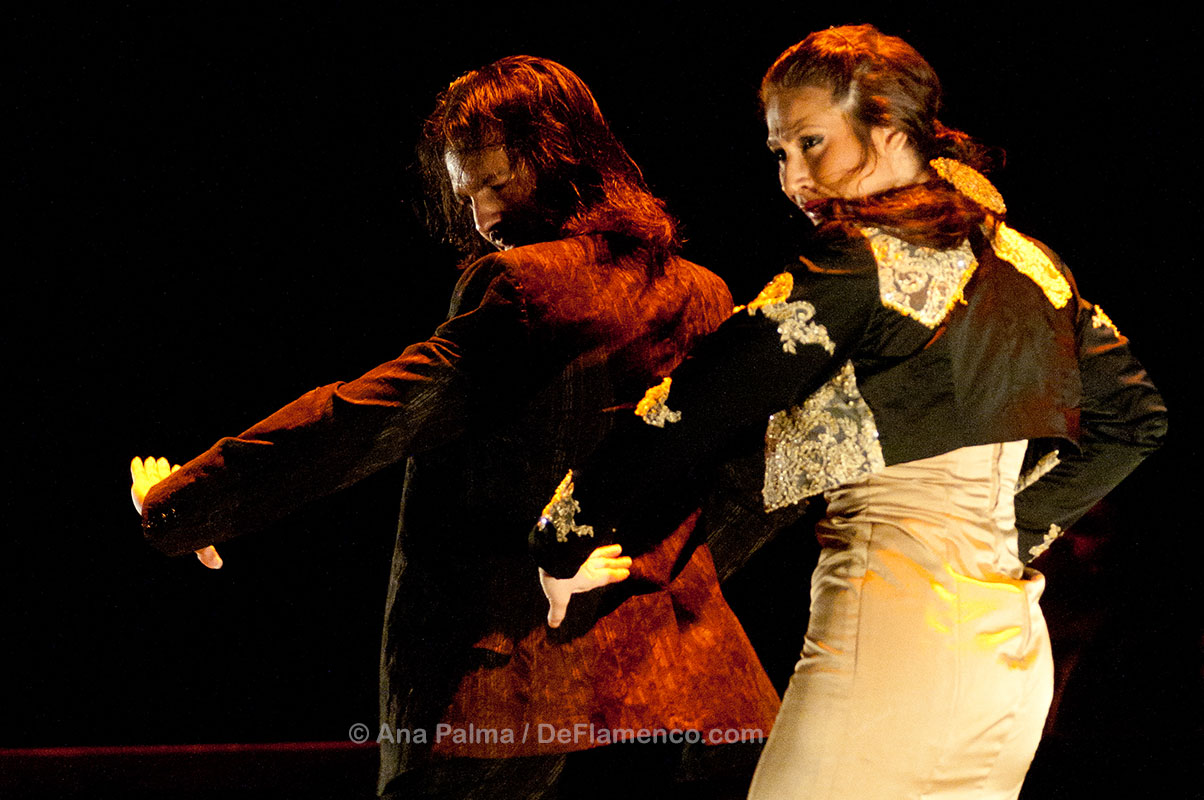