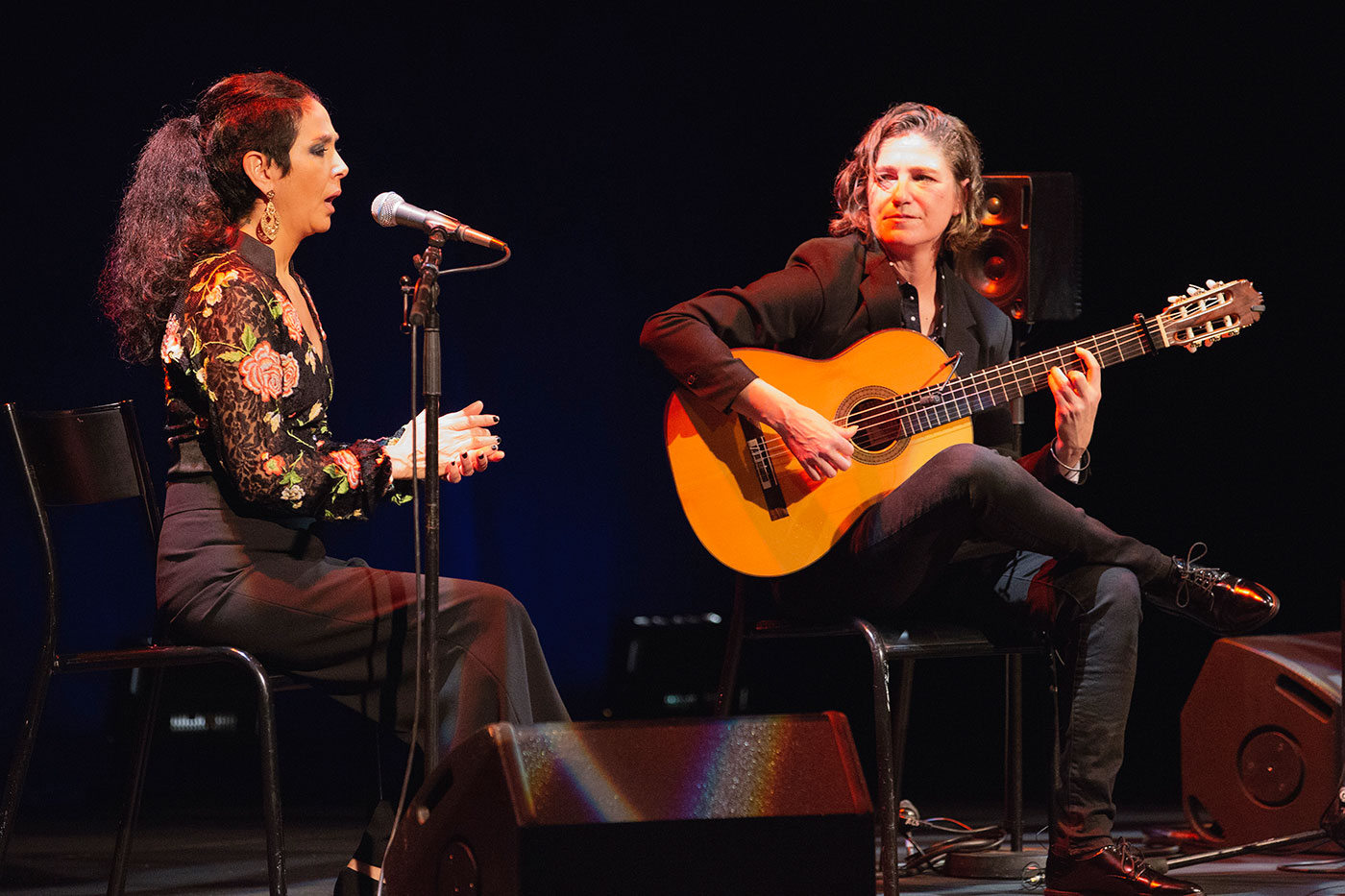 Congratulations are due for the prestigious French festival which is now celebrating its thirtieth anniversary…it’s not something that happens tous les jours.

Forgive the French, courtesy of Google translator, but being here in Nimes, I feel the excitement of in this beautiful city that so passionately loves flamenco and Spanish culture.  It’s a type of admiration that includes both the most traditional flamenco, as well as the most avant-garde, another universal expression inherited from the French language.

The program of parallel activities includes lectures, exhibitions and film projections, and in the opening days there were performances from such relevant artists as Estévez / Paños and Company, creative masters, the contemporary flamenco of Tomás de Perrate, the cerebral offering of David Lagos, dancer Eduardo Guerrero, always surprising, Gema Caballero with Javier Patino, both underestimated, and the mysterious elegance of Patricia Guerrero whose show suffered the unexpected illness of Dani de Morón.  A varied and expansive program.

On Wednesday afternoon the recital of guitarist Antonia Jiménez from Puerto de Santa María reminded us that the lady is a maestro who at this point can be considered an accomplished musician.  And at night in the Bernadette Lafont theater, we saw the exotic performance of American musician Amir El Saffar who has spent years investigating and playing traditional Iraqui music with elements of jazz as well as flamenco, in this case, with the fascinating voice of Gema Caballero and the dancing of Vanesa Aibar.