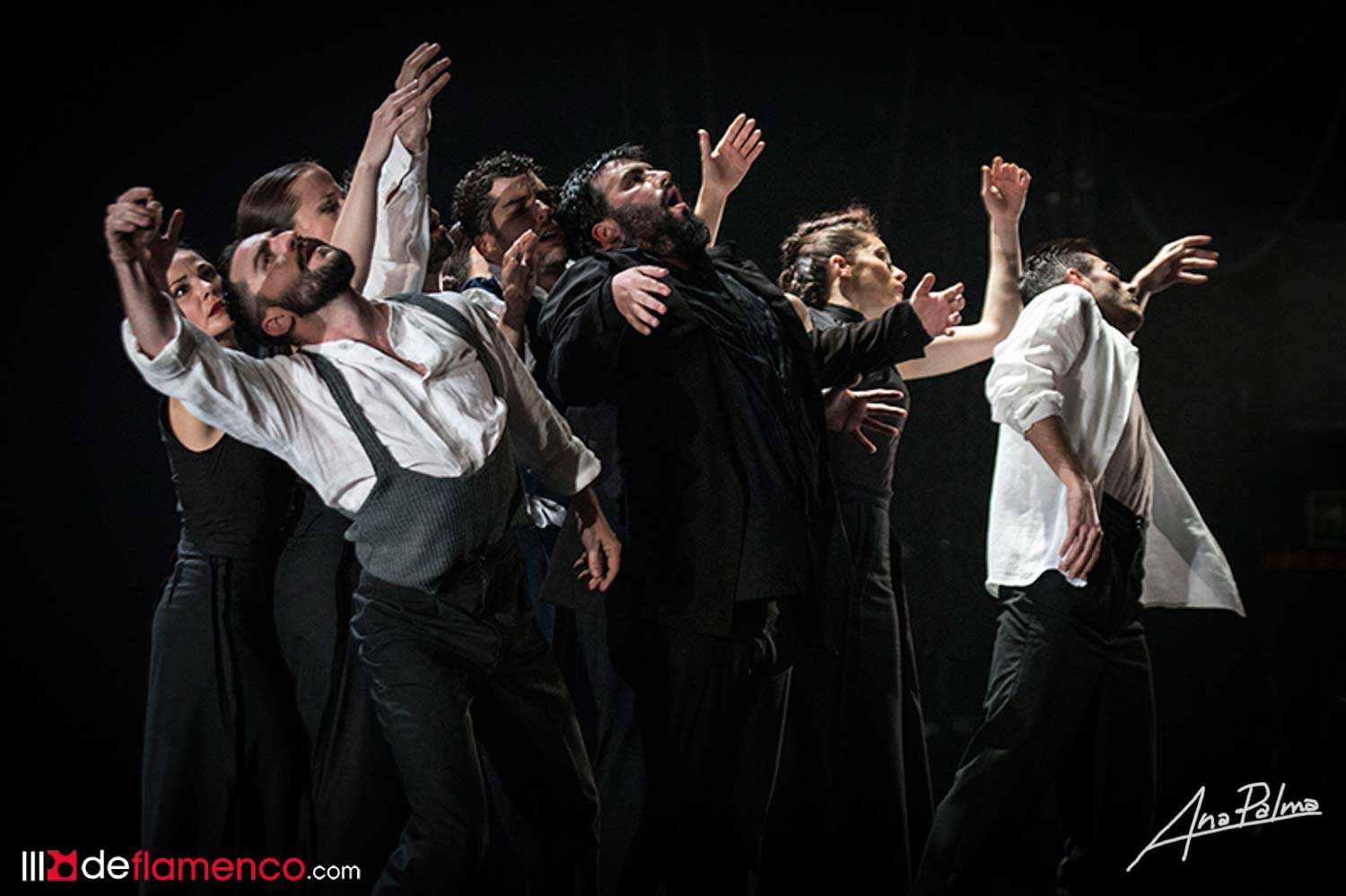 To say the work “El Sombrero” of Estévez/Paños is “ambitious” is to fall way too short, even considering the pair’s history of fearlessly taking on complex projects.  In this case, the dancers tell what’s behind a story that is as surreal as it is real, of intrigues, the world of dance, love affairs, jealousy, deams, unlove, madness, the black hole of the most complex human emotions as expressed through danced theater. Art imitates life, which, in the end, is much more interesting than fiction.

Rafael Estévez and Valeriano Paños carried out an extraordinary job of investigation, while at the same time avoiding the typical acting-out of a story, managing instead to construct a disturbing microcosm, a dark place known to everyone, even in the frivolous moments.  The team describes their work as a “choreographed fantasy” that explores the atmosphere and happenings associated with the well-known story “The Three-Cornered Hat” of Manuel de Falla, the Ballets Russe of the impresario Sergei Diaghilev, choreographer Leonide Massine and the central character, dancer Félix Fernández and his alleged madness.  Rafael Estévez gets directly into the role of the impresario, and Alberto Sellés ably takes on his complex part, including nudity, aside from his excellent dancing and acting that illuminate the entire work.

Homosexuality is openly represented as part of the life of an artist, taking into account that the work is based on events that took place a hundred years ago within the framework of a staid society.  This year 2020 is turning out to be the LGBT year of the Festival de Jerez.

With a total length of an hour and 45 minutes, the last 20 minutes could have been cut, but the boundless creativity of Estévez/Paños, and the richness of their contribution through this work, is hard to contain within artificial frontiers.

An intimate work of Fernando Jiménez, holder of the Desplante Prize of La Unión 2017 was presented at the Sala Paúl.

In this, his first solo work, we see a cerebral, creative, powerful, well-prepared artista.  “Conmigo” is in the line of black shows that are so common these days.  “Black” due to scant illumination or color, deliberately dense, even futuristic.  Dancer Ángel Fariña collaborates in a pas de deux with contemporary choreography by Eva Yerbabuena.  He lights a cigarette that appears to contain some substance, and which he later shares with Jiménez.  Their movements become labored and together they interpret a dance of seduction.

Siguiriyas, alegrías, farruca, sevillanas corraleras and odds and ends of tanguillo are some of the moments interpreted by singers Samara Montañez, Pepe de Pura and Jesús Corbacho, as well as the guitar of Luis Medina and the percussion of Rafael Heredia.