Neither retro nor avant-garde, but quite the contrary

This company, being “our ambassador to the world” as was stated in the presentation, the quality of the shows and the interpreters has ramifications far beyond the success or failure of same.  For many spectators outside of Spain, it’s practically the only chance they’ll have of seeing and hearing a live flamenco show.

In this sense, it was a relief to discover that “Naturalmente Flamenco”, as the title indicates, has no high-flung conceptual intentions or story line.  What the work offers is a kind of traditional flamenco that is also fresh and attractive.

The corps de ballet is composed of four men and five women dancers, in addition to Úrsula López who is also soloist, choreographer and artistic coordinator.

From the first sounds of the song popularized by Pedro Peña, “Un duro en la faltriquera”, you notice the desire to investigate the past and update with imagination and intelligence – this is flamenco that addresses everyone.  As is only fitting for a public project.

That presentation of bulería romanceada was followed by a farruca of Borja Cortés, competent and disciplined, and tientos with the five women, each one with her particular steps that complemented one another’s, ending with Granada-flavored tangos.

In siguiriyas, the insistent foot-work of so many people at once began to subtract rather than add.  There could have been more singing and more silence.

The aim to recuperate or recreate forgotten forms shows up in the caña, danced by three couples, the men in traditional high pants and vest, and even the guitar abstained from modern chords.  The classic soleá apolá used to end is interpreted to an abandolao rhythm, possibly to highlight the relationship between these forms.

An assortment of cantiñas for Ursula’s beautiful dancing, leads to a sort of fantasy creation that wants us to believe that the folkloric dancing of Morón de la Frontera somehow led to the bulerías many people now know through the music of guitarist Diego del Gastor.

Other than the excess of foot-pounding, the overall impression is positive, and speaking as a flamenco follower, I quite approve of this work, with choreography by Ursula Lopez and Ruben Olmo, to represent the flamenco image internationally. 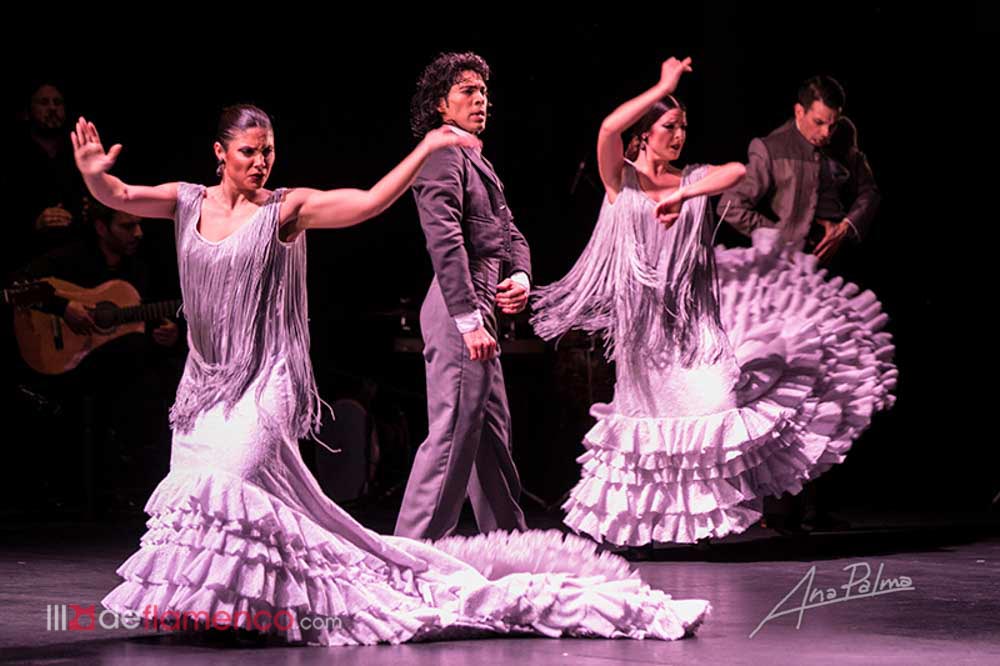 Two Morales and two perspectives on the role of women

Two Morales and two perspectives on the role of women