Essence and aroma of the Farruco school 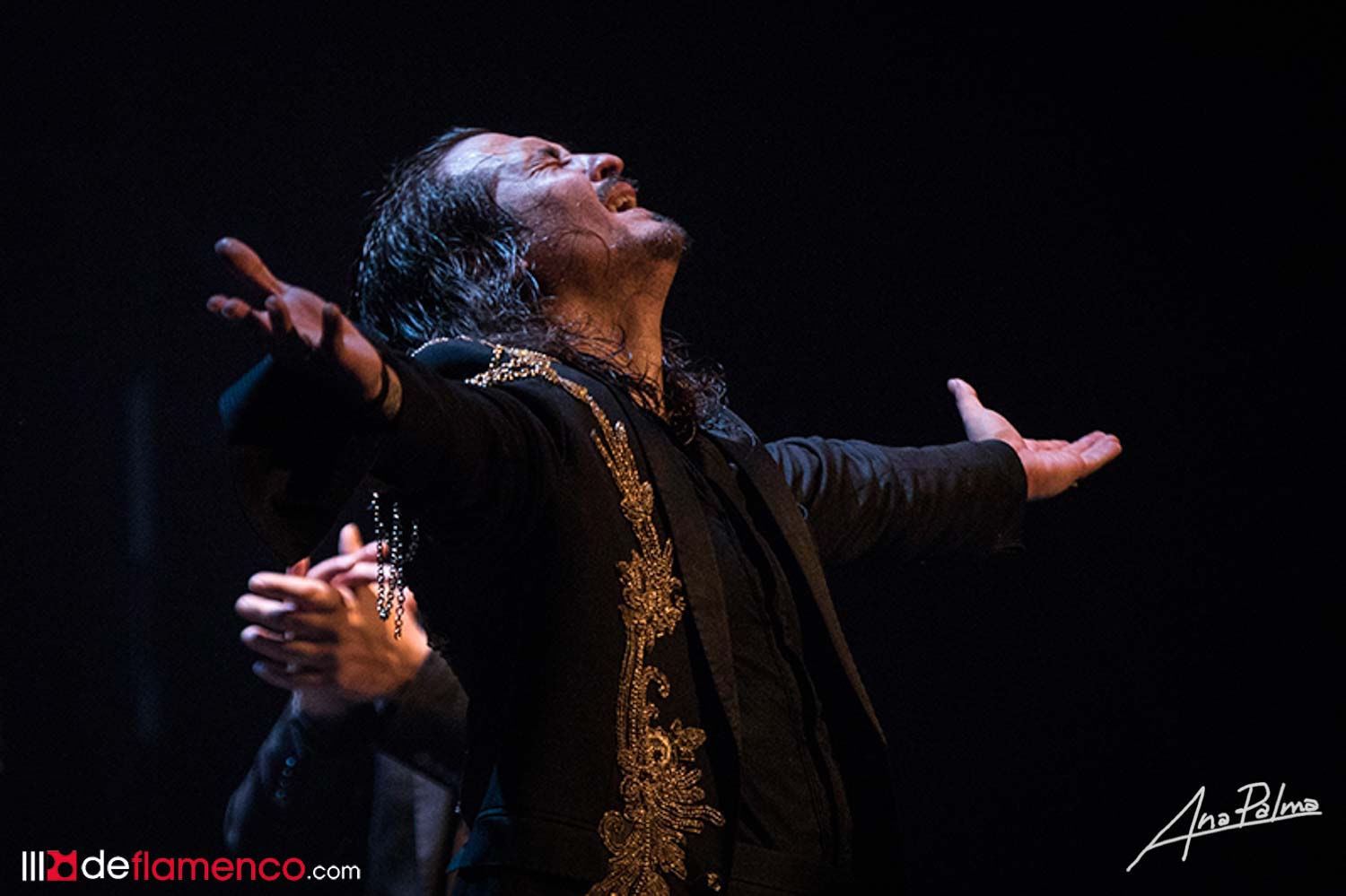 If on Friday, Antonio el Pipa revved up the flamenco machine at the Festival de Jerez, Saturday night brought a massive dose of art and rhythm from another Antonio, “El Farru”, leaving no doubt that flamenco broadcasts its own presence (or absence).

For a long time now the Farruco school has stood out as the basis for current flamenco dance.  There have been other major figures of course, the eternal Carmen Amaya for a start, but “school” is something else.  It’s an aroma, a philosophy, concepts, a path which is so clear that even if you modify movements, steps, wardrobe, tempos and a thousand other things, the aroma is as unmistakable as that of a good sherry from Jerez.

The pretext for the show is a dream the great Paco de Lucía had years ago, in whose group Farru appeared for 5 years.  The dancer explains that Paco had once told him he’d dreamt of Farru dancing, singing and playing guitar, “and that’s what you must do”.

And that’s what Antonio Fernández Montoya did last night, credibly and with dignity.  His older brother had done something similar at the 2010 Seville Bienal with his show “Sonerías”, but it didn’t quite come together.

Let’s start with dance.  For years, Farru played the part of the middle brother, young hopeful and one of the cogs in the family wheel.  Last night, he showed a serious level of dance, with chiseled precision as never before.  El Farru no longer blows kisses to the audience or adopts rock star poses.

The same flamenco as always and never.  Of course (they say), flamenco is so repetitious…but when it’s managed by an artist of this level, each instant is discovery.  The audience’s war-whoops and cheers were not long in coming.  And Farru sang and accompanied himself, everything from flamenco to rock, and it all made sense thanks to his fine good taste and knowledge.

Singers David El Galli, admirably mature, and Antonio Villar, always a pleasure to hear, and those guitarists, please!, José Gálvez and Román Vicenti know exactly how to back up the specific ambience.

Veteran singer María Vizárraga has been with the Farrucos at least two decades.  She has a delivery that sometimes seems like she’s spinning off into space, but then she reins back in at just the right time, a technique that triggers strong emotions and complements the equally risk-taking style of Farru. La Farruca, the dancer’s mother did a dance that was all personality, and who needs more?  The Farrucos are infected with a special sensitivity they control at will.  It’s the essence and magic of their particular school.