Tablaos are for tourists 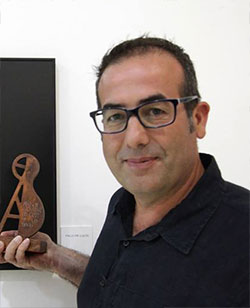 Director DeFlamenco.com
Every day I take advantage of the opportunity to enjoy flamenco, and everything that surrounds this art-form.

The chosen title is a phrase I’ve heard on countless occasions, within the flamenco sector, from artists, flamenco fans who have never thought of going to a tablao or people in general who know that places exist where flamenco for tourists is offered, specifically for foreigners, also referred to as “guiris”.  Blessed tourists who come to Spain year after year, who know that flamenco is an art they’ve heard about and which comes from Spain, making a visit to a tablao obligatory.  And true enough, they are victimized within Spain, and a good part of the world of flamenco.

Thanks to the collaboration of Flamenco Real, we’ve visited a great many tablaos in Spain, “de tablao a tablao”, where we’ve been able to see many different performances, some disappointing, others more discreet with worthy shows and also other tablaos that offer incredible shows.

If we were to count the number of spectators who see live flamenco, it’s in the tablaos, and not in theaters where it is most viewed, which is why they are the main flamenco showcase, and what is offered is the image of flamenco that is exported, taken back to their home country and that is later remembered and described.  By the same token, it must be remembered that tablaos are private businesses, and the impresarios adapt their shows to commercial interests, offering more or less flamenco of better or worse quality, but always basing their attraction on flamenco.

Spain is a country with an excellent level of tourism services, in every way, hotels, service, restaurant…  The normal thing is to offer excellence in every aspect, nevertheless, the flamenco tablaos have a long way to go, often dismissing tourists with sentences such as “they don’t understand it, so it makes no difference what we give them”, or “they only come once, we won’t see them again”, in fact in a visit to Fitur, a travel agency told us that “we know that tablao isn’t very good, but it’s where we have the best profit margin”.  These are problems that don’t arise in other kinds of tourism businesses; a large number of tablao clients arrive via agencies, travel agencies and also through hotel recommendations meaning essentially that clients aren’t free to choose, the circuits are pre-established, with prices jacked up to cover commissions, and in some cases lowering quality to take up the slack.

In their heyday, the tablaos went through a golden age enjoyed by all the major ones, where performers went to listen to one another and learn, and professionals honed their skills.  The tourism boom arrived, and the tablaos filled up effortlessly with foreign audiences, while Spanish flamenco followers took a back seat.  At the same time, flamenco began to flourish in other larger venues such as festivals and theaters, as well as artists who rejected tablaos as a last-ditch option to be avoided.  In this way, justified or not, bad press about tablaos took hold.

In the 21st century, new tablaos opened, many of them promoted by artists, and with difficulty they gradually made their way, with profound respect for flamenco, often running up against the stigma that was created over time, and which little by little had to be broken down.

Nowadays, there are tablaos in the most important tourist cities such as Madrid, Barcelona, Seville and Granada as well as Jerez, Córdoba and now Málaga, in other words, wherever international tourism creates the demand.

It must be noted that little by little, and somewhat belatedly, the stigma and prejudice are being broken, and tablaos now enjoy prosperous times.  In fact, new tablaos are being opened by flamenco artists, and they are clear about what is the kind of flamenco that can be sold, where the important thing isn’t the number of performers on stage, but the quality of the flamenco offered.

Some historic tablaos have managed to reinvent themselves, and have become leaders, seeking out the best artists who are returning to the tablaos, even presenting new shows.  These establishments are once again main players in flamenco, with new series, book and record presentations, festivals and various events, the ostracism is disappearing after all these years and the tablaos are once again the motor of flamenco.

When it comes to price, this is another of the prejudices hard to break.  The idea of being cheated or getting taken, always relative to what is being offered.  If we consider these are small venues, being up close to the artists is a determining factor, and the way of enjoying the show, with drinks and dinner with your partner, family or friends.  It’s really justified only if the flamenco show is good and the service provided meets expectations.  Those tablaos where the entrance fee includes a glass of cheap sangria or low-class wine, accompanied by fried corn if you’re lucky, and with a mediocre show, will always be the most expensive, no matter how little you pay at the door.

Getting back to the title of the article, we arrive at the conclusion that yes, flamenco tablaos are for tourists, but only if the show is good and the tourists are demanding.  It’s time to forget prejudices and enjoy flamenco in the tablaos, but always selecting with care in order to enjoy the best.