“Tierra” is going to be a very enriching experience for me, not only artistically, but personally as well.

A few years ago, he received the prize “Young Flamenco Hopeful” in the Danza Española y Flamenco de Madrid contest, and in fact this artist hasn’t let us down.  Expectations were met and today, Nino de los Reyes, who is also beginning a tour with Chick Corea, is part of that new generation of dance maestros: still young, but with a great deal of experience and, above all, with a lot to say.  One of those things is “Tierra”, which he is presenting June 10th at the Teatro Rialto de Madrid.

TIERRA is more than just a word

(Nino de los Reyes, NR) Yes.  It’s a show in which I try to lay out the emotions of human beings, from anger to suffering, or the dreams I chase after.  The total happiness, that fulfillment we all want to achieve.

The reconciliation with the truth of who you are, the truce with anger in order to achieve that much-desired inner peace.  In actual fact, they’re emotions everyone in the world feels at some point in life, but I express them as I live them and as the stage director who works with me perceives them in me within in this show: David Picazo. 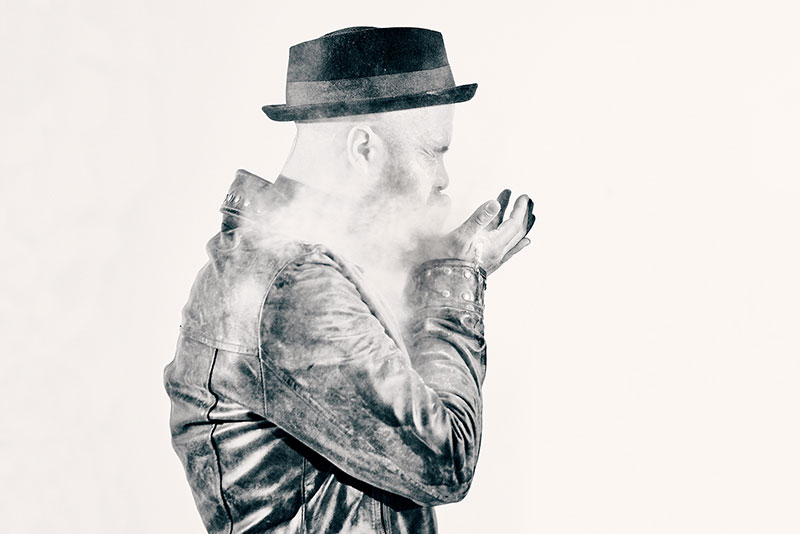 In addition to being stage director, David, you’re also the brains behind the show: the original idea is yours.

(David Picazo, DP) I’d been wanting to do a flamenco show for a long time, and I’ve been fortunate enough to be able to do it with Nino, whom I’ve known for several years.  It was he who called me and after a lot of work, we’ve managed to build castles in the air.  We’ve dreamt about the project, we’ve imagined many things, we built up our hopes and at last, here we are. I’m delighted to work with him because he’s a whiz, in the best sense of the word.

A year of work you said…what was that process of building castles in the air like?

NR:  Yes, in the end it took a year and then some.  I felt like doing a new project based on some earlier ideas I had.  I mentioned this to David and everything started flowing.  It took time, but now we’re wrapping up the creative process and I’m very excited and very happy with what’s coming out.

The concept of tierra seems to suggest firmness, support, security…is that on track?

DP:  Yes, from the very beginning Nino had that idea.  The original title was “El Ritmo de la Tierra”, but in the end it became “Tierra”.  It’s a very personal show, from a very specific moment of his in which the character is somewhat in orbit, lost, needing to return to Earth and reconnect with himself in order to accept himself, to know who he is and to keep moving forward, but from a different vantage point, more airborne you might say.

I just made a new record with Chick Corea with guest artists such as Rubén Blades and Diana Krall, and I have the tremendous good forture of being able to tour with them.

“I was a stone and lost my center”…Something like that?

NR: Well yes, something like that.  In actual fact, this show is more than a work for me.  I’m sure  it’s going to be a very enriching experience, not only artistically, but from the personal viewpoint as well.  I would sometimes say to David “I’m going to end up crazy!”  It’s that there are many feelings we’ve managed, and in a very profound way.  I’m in a very special moment: I get up in the morning and any kind of stimulation activates my sensitivity.  This creative process is going to do me a lot of good in my own personal scheme of things. 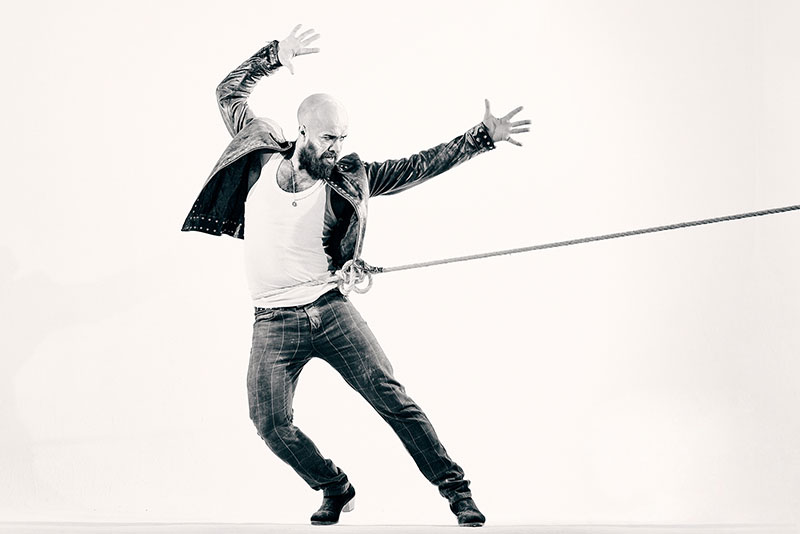 In the end it’s almost going to be like therapy.

NR:  Of course, that’s what the show is about.

NR:  The thing is we work with human emotions, things you feel in life, good things, bad things.  And one way or another, life goes on.  That’s what we deal with in “Tierra”.

Therapy with very good therapists like David Picazo and Florencio Campo,  another heavy-weight of dance in our country and who is also collaborating with you in the choreography.   And what can I say about Rafael de Utrera, Bandolero and Ñoño who are some very special musicians.

NR: I’m happy to be able to surround myself with the people I wanted because they’re all artists who inspire me.  Rafael de Utrera is not only a great friend but a true star.  Bandolero comes with all his energy and his swing.  Ñoño is a terrific guitarist, from an impressive family who gives us his flamenconess and vigor.  And working with Florencio was always one of my dreams.  Being with him, I learn something every moment.  I’ve been very lucky to have surrounded myself with this artistic lineup of people I admire.  But we’ll also have Colin Watson who is a sound designer, musician and electronic producer with a degree from the Berklee College of Music in Valencia.  Megan Gahudet will also take part thanks to the support of Pablo Mungia, director of the masters department of musical technology and innovation at the same institution.  While there, Megan created EXLO, a system that converts normal objects into audiovisual controllers, and this is going to be the first time this system will be used in flamenco.

With all these instruments, it seems like the show will used flamenco as a language, but it won’t be a show of traditional flamenco.

NR: There’s a bit of everything.  I’ve been investigating the world of electronics for some time…something that’s always fascinated me, and we’ll do live looping with diverse rhythms, with percussion and sound spaces.  There’ll also be those very pure moments of flamenco in a tavern with improvisation as a reference, passing through a variety of flamenco forms such as soleá de Triana, fandangos naturales, tangos and bulerías al golpe.  So there’s everything.  Also, although it’s to be a surprise I can let you in on it: my friend Kelian Jiménez is going to participate, and although we all know him as a dancer, he also plays guitar and that’s what he’ll be doing on the 10th.  So there’ll be a little bit of everything.

It’s true that you’re a very flamenco dancer, but also true is that you have a very contemporary aesthetic, very urban, very in tune with the times.

NR: I was born in ’85, in Boston, and I was brought up in the United States and Spain, and thanks to my parents I’ve been able to see many kinds of dance, and get to know many rhythms, I’ve heard a lot of music.  I would just as soon get into a class of African dance, as another of tap or classical ballet.  Also, I’m one-fourth Philippine and one-fourth North American, so I have a big mixture, and it has to come out somehow. 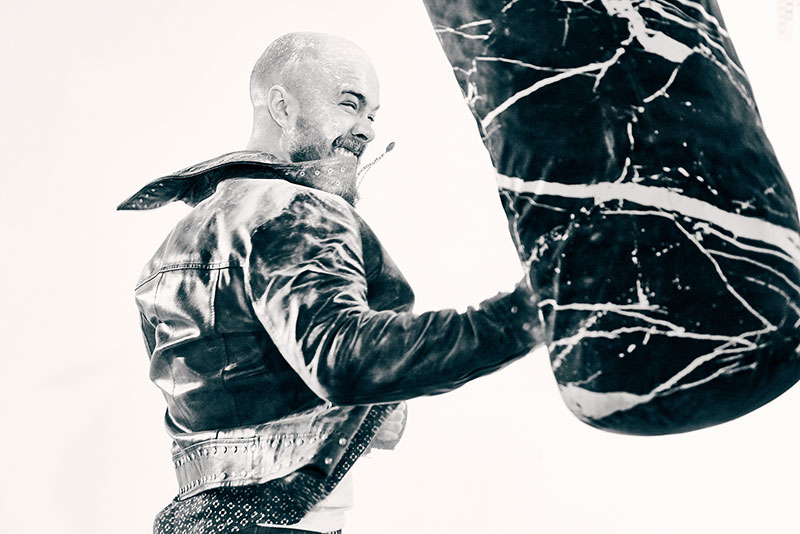 David, what’s it like working with Nino, is he manageable?

DP:  He really is.  And in fact, he called me because he wants me to pass my things to him on stage.  He’s even got a personal challenge because he has to deliver a text: he’s going to speak on-stage.  He’s placing his bets and throwing the  coin into the air to see where it falls.  And he’s doing this full of hope and expectation.

I don’t try to be different just for the sake of it, but to bring out my personality, and that takes time

What is “Tierra” like from the theatrical point of view?

DP:  I think it’s going to be surprising.  I’ve got stage designer Alessio Meloni to give a different look to the staging because it’s important to generate, not only that world of emotions with the dance, but the space also helps things to occur so he can develop those powerful sensations we work with.   We want the space to also be his mind, a metaphoric space, so we break structures and play at letting anything happen.

In other words, the space is always one of the characters, is that what you mean?

DP: It’s that theater must have those components: the lighting is a character, the space as well, the actors…  Even the stage manager is going to have something to say in this show.  I think that everyone involved with the work can add a lot to the show.

Alfonso Losa got angry with me and said: you either do something new of your own, or I’m not your friend any more.  That was a wake-up call and from that point on I underwent a change that was very important on the personal and artistic level

NR: Of course, a lot, but I try not to think about it.  Right now I need to be strong with my dancing, both physically and mentally so I can indulge myself that 10th day of June, and be able to express myself the way I want.

You’ve also collaborated with none other than Chick Corea, and it looks like there are more projects with him.

NR: Yes, I just recorded a new record with him, My Spanish Heart.  I was fortunate enough to be able to spend a week in the States with him and with other collaborating artists such as Rubén Blades and Diana Krall.  I can’t say it was a dream come true because I’d never even dreamt of that possibility, but I can say that it was a wonderful experience for me.  And what’s more, I’m going to have the immense good fortune of touring with them for a month and a half.  On July 26th we’ll be at the Madrid Botanical Garden.

How did you meet Chick Corea?

It was here in Madrid.  Jorge Pardo called me to go to a party where Chick was, and he wanted me to meet him.  I took my dance boots, did a couple of steps, and that’s how it all started.  He called me afterwards to go to the Blue Note, and there we were four days in the great temple of jazz.  We were also at Madison Square Garden in New York.

Some day you’ll have to write your memoirs.  I’m sure that would be very interesting.  The first time we were able to see you was in a show you did with Alfonso Losa, Raúl Ortega and yourself.  You were all rather young.  What is today’s Nino de los Reyes like compared to those artists who were just making a place for themselves at that time?

NR: For me, the choreography contest was a very big change, and it was thanks to my friend Alfonso Losa who got angry with me one day and said: you either do something new of your own and get focused, or I’m not your friend any more.  Just like that.  I remember that moment perfectly. That was a wake-up call that got me into the studio, and from that point on I underwent a change that was very important on the personal and artistic levels.  Since that point in time everything has been coming my way.  I’ve been meeting many musicians from diverse circles, and I’ve been able to learn from all of them.  So I was able to enrich myself artistically, and that’s what I try to express.  I don’t try to be different just for the sake of it, but to bring out my personality, and that takes time. 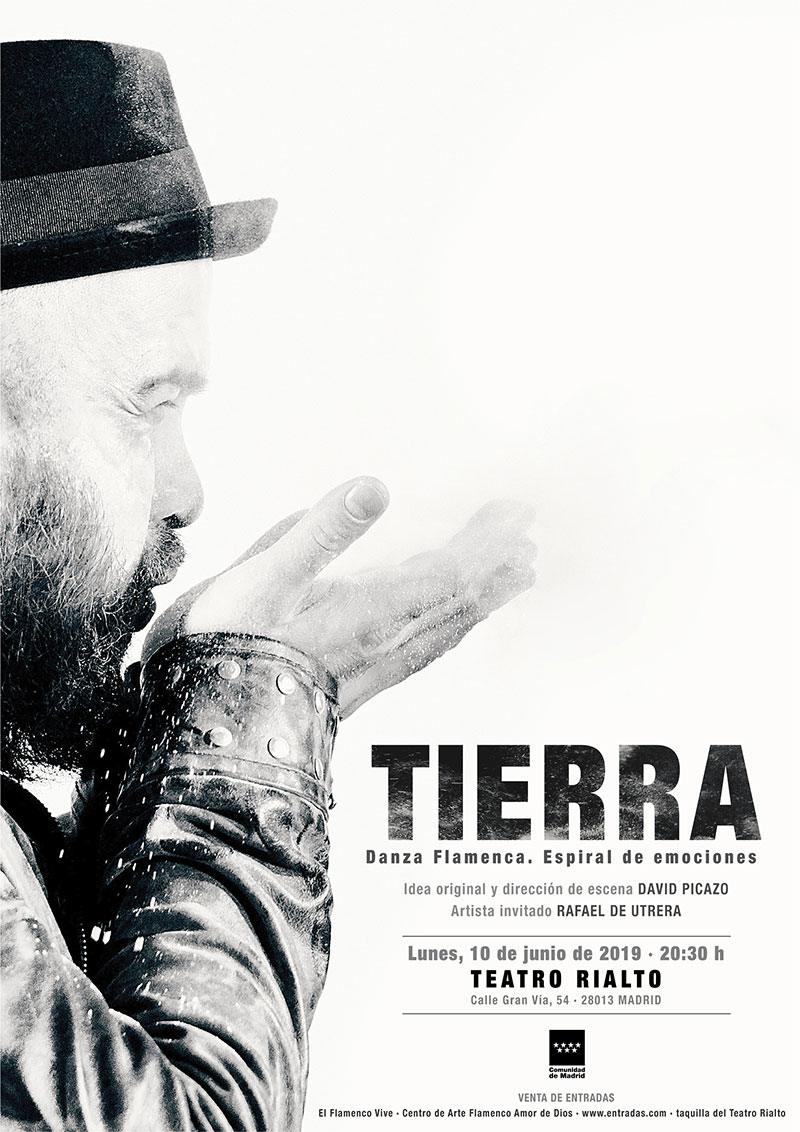