The Málaga dancer talks about his artistic career and his show “Simbiosis” that will be presented at the upcoming Festival de Jerez within the series “Baile con Ellos” at the Sala Compañía on March 4th at 7:00pm.

“Simbiosis” is the Málaga dancer’s second show in which he is in charge of artistic direction, choreography and dance, with advisory director Manuel Liñán, the participation of guest artist Águeda Saavedra, the guitar of Francisco Vinuesa, the singing of Ismael el Bola and Jesús Corbacho and the percussion of Javier Teruel.  A show that includes ‘Tonás y Seguiriya’, ‘Taranto’, ‘Alegrías’, ‘Caña y Polo’ and ‘Romance’. 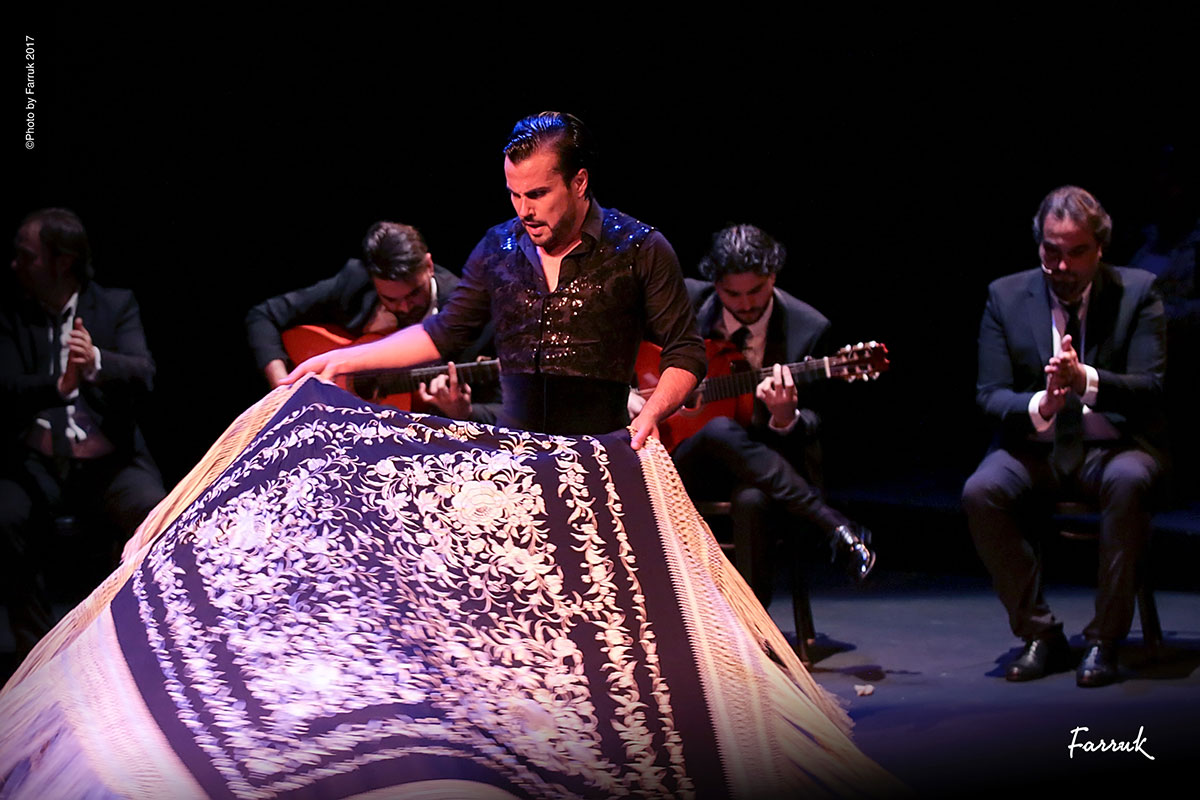 Is this your first time at the Festival de Jerez, at least with a show of your own?

Yes, it’s my first time as director and choreographer of my own work.  As participating artist I was in several editions as soloist with the companies of Aída Gómez and Concha Jareño.

I’m presenting this work in Jerez with maximum expectation and the desire to please, after a year that has been very fruitful, and after having recently been awarded the second-place men’s dance prize at the Festival de Cante de las Minas, I feel I’m at a point of artistic maturity and that this is the right moment to present a show of my own at this festival.

Is it difficult to be worthy of such an important festival as that of Jerez?

Yes, it’s no easy task to carve out your space, not only in this festival, but in any other as well, but I’m pleased to be part of the program on this occasion in the Festival de Jerez.

You’ve appeared in many of your colleagues’ shows, in companies, but making the leap to creating a show of your own is as hard as it is necessary.

For many years, my career has consisted of going from one company to another, I went from Aída Gómez to Rocío Molina, Concha Jareño, Manuel Liñán, Daniel Doña, Carlos Saura’s Flamenco Hoy directed and choreographed by Rafael Estévez and Nani Paños, with guitarist Chicuelo working as partner of Fuensanta “La Moneta” among others.  From all these people I’ve learned a great deal seeing different styles, concepts and ways of understanding the art, by how they direct their shows they’ve given me the tools to be able to enrich my own career.

My first project as choreographer was in 2010 at the Certamen de Danza y Flamenco de Madrid where I presented my piece “Siempre Me Pasa Lo Mismo”, which won second prize in the category of soloist.  As a result, I got the chance to present a show at the Sala Pradillo in Madrid the following year, my first show with my own company, I did the piece from the competition for 5 days at the Sala Pradillo, and it was very well-received by critics and the press.

What was the development of ‘Simbiosis’?

“Simbiosis” is my second work and it debuted at the Corral del Carbón festival in 2014 in Granada.  It’s been evolving and changing with the passage of time, being presented at various festivals such as the Bienal de Málaga and the Festival Flamenco de Albuquerque among others.

What can audiences expect to see in ‘Simbiosis’?  What’s the gist?

For this show my source of inspiration was those great dance couples, major stars and artists like Antonio and Rosario, and Antonio Gades and Cristina Hoyos.

It’s a show in which I’m always looking for the affinity and complicity of the moment with Águeda in the duets with the guitar with the singing and the percussion, we’re seeking that SIMBIOSIS may be able to grow and develop ourselves artistically.

Which dancers have you looked up to?…anyone in particular?

My inspiration was Pepito Vargas, my teacher and uncle, Antonio Ruiz Soler and Carmen Amaya.

You do a good job working the shawl.  What elements make up your dancing?

The shawl is an accessory I tend to use in my dancing because I feel very comfortable with it, and I also like castanets, I feel free and these things identify my style and my dancing a lot.

From Málaga, although there aren’t many of you, there is a decent bunch of male and female dancers, but nowadays you have to study in Seville or Madrid, isn’t that so?

Many very good artists come from Málaga, historically and currently, but yes, if you want to find a niche in this profession and evolve, you can’t stay there, you need to leave and continue growing elsewhere, such as Madrid or Seville.

And for Málaga you have an upcoming project…

Yes, this year I’m going to present a new show titled “Las Cuatro Esquinas del Perchel”, and that’s going to be on September 14th at the Cervantes Theater for the closing of the 2019 Bienal de Málaga.

The Tomasas, a never-ending lineage