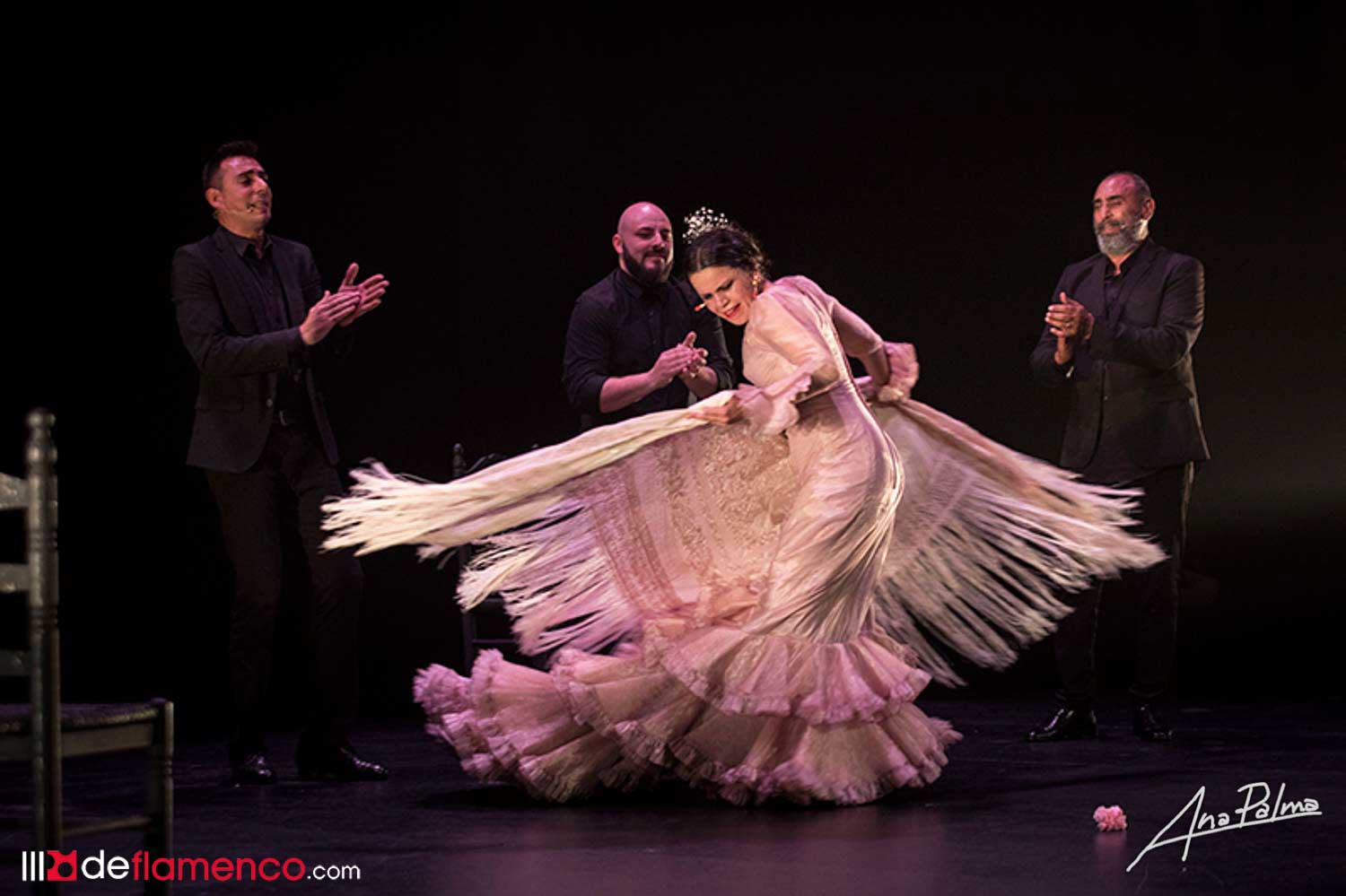 Sometimes a certain performance by a certain interpreter, feels like a sort of validation. María Moreno, dancer, awarded the Giraldillo “Revelación” at the 2018 Bienal de Sevilla, last night fulfilled the weight of that prize with a well-rounded performance that leaves no doubt that this young woman is a major talent.  She was for me a personal discovery ten years ago with her intelligence and fine flamenco taste at the Baluarte de la Candelaria in Cádiz, her hometown.

She went to the Festival de Jerez in 2017 with a work that won her the prize of Artista Revelación for this event.  Now, after these two major “revelación” prizes, we can say that Maria Moreno is a fully validated reality of the new generation of flamenco dancers.

Since those beginnings, she has continued to cultivate her taste for historic forms, now tempered by contemporary dance, the natural result of her youth, as well as the influence of two heavyweights of the avant-garde: Andrés Marín and Eva Yerbabuena. Now and again you see flashes that are not María, but she is more than prepared to follow her own instincts and construct a personal aesthetic without relying on others.

The first half of the work is slow and dark, lots of down-time.  Siguiriyas with a long train dress and castanets. Darkness.  And more darkness.  María, let yourself go, give us those sparks we know you have.  In soleá, she is Eva.  The senior singer for dance, Enrique el Extremeño, puts the vocals, olé Enrique!  But all that slowness and black on black is cruel and unusual punishment for the eyes.  Even so, María squeezes out every possible drop of the soleá, it’s surprising how much flamenco has to offer.

And bang!, an intervenous shot of Roberto Jaén.  The alternative Tomasito, he sings, dances, jokes, and all in his own way.  The spirit of Cádiz, present and accounted for, and the light that accompanies his appearance is more than welcome.  María Moreno wears another long train dress and shawl for alegrías, tradition is refreshed and renewed and the “revelación” dancer is once again validated, this time for good.