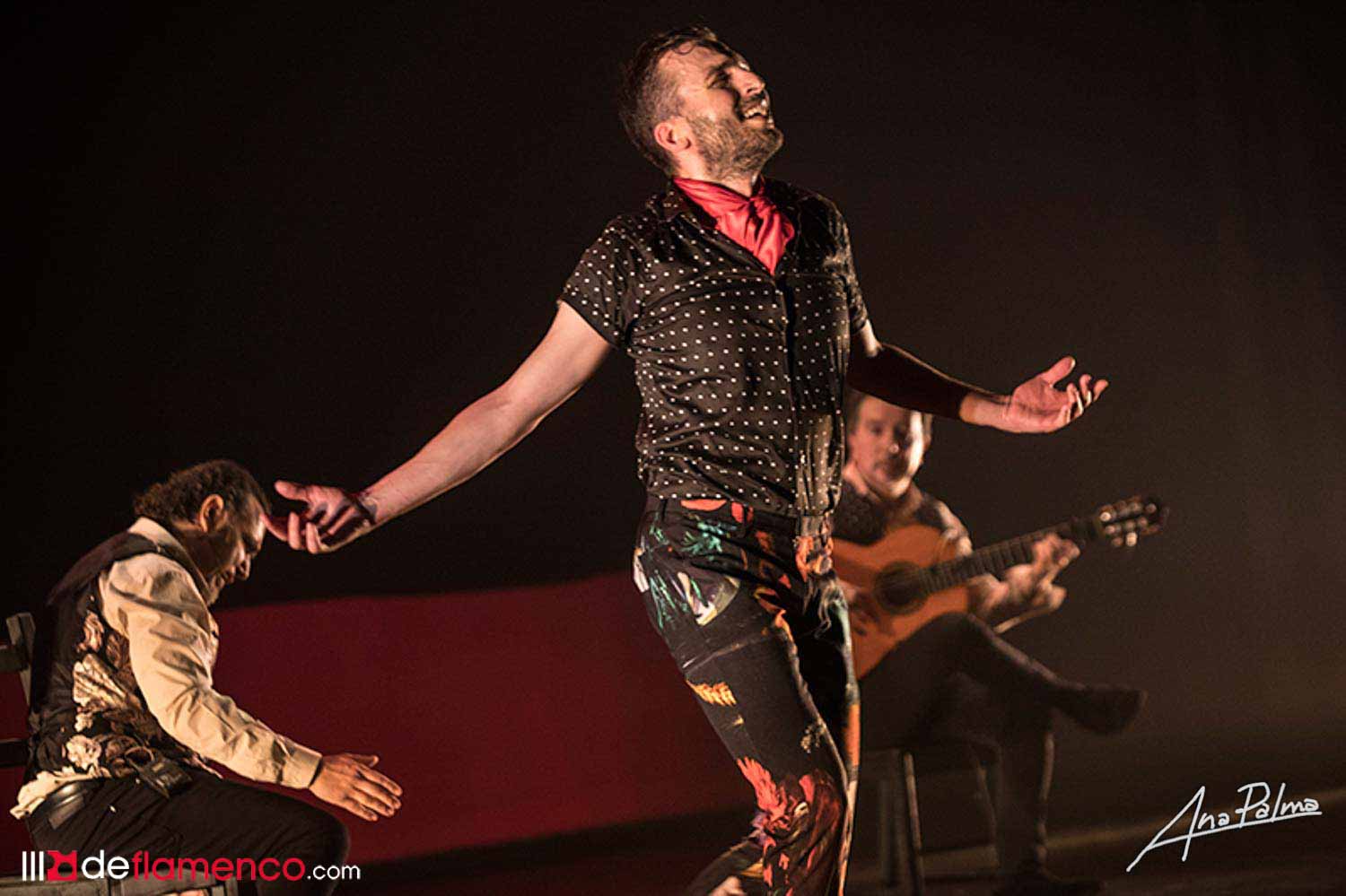 They say that to have a good flamenco time, all you need is a singer.  Well, if that singer is David Lagos, and you add his brother, guitarist Alfredo Lagos, and don’t forget dancer Marco Flores under any circumstance, then it’s a sure thing.

Nowadays, when flamenco artists are in hot pursuit of something original or novel without stepping out of the zone many people call “flamenco flamenco”, three men took us on an excursion through their shared concept of that elusive goal.  It takes a fine palate to know the frontier where flamenco ends, and an omni cultural product begins, something that may be artistically valid but lacks an identity of its own.

It was a world premiere, okay.  That just means it’s a work that hasn’t been tested with an audience.  “Rayuela” comes about when Marco Flores is marking his twenty-year career in dance, more or less the amount of time I’ve been following his brilliant artistic development.  He moves like no one, with elegance and sobriety that never becomes coldness.  His command of other dance forms and folklore shines through.

David Lagos had to be the voice.  He’s the singer who most explores alternative paths, not as fusion but bringing them to his flamenco terrain: his good taste is nearly infallible.  And Alfredo Lagos is an intelligent sensitive and versatile maestro, I can’t imagine any other guitarist for this particular work.

As is fashionable these days, there’s a long and complicated synopsis, but the greatest merit of this show is its ability to be appreciated and enjoyed without any sort of obligatory reading beforehand.  In addition to the most classic cante, music is tapped from light opera and lyrical song, but thanks to the intelligence and good instincts of the director Francisco López, there was no clash, quite the contrary.

The audience showed their approval jumping out of their seats all at once for an ovation as if an electric charge had been applied.

At six in the evening at the lovely recital room of the Palacio Villavicencio, Mateo Soleá took us back to the recent history of flamenco.  This is a singer so linked to Jerez that he seems like part of the landscape.  Like one of the grapevines that yields the fruit that ends up becoming sherry.  Mateo, while not a grand maestro, is the carrier of that which feeds the maestros.  With his warm natural voice, he sang cantinas with a Chaqueta-style romera, soleá apolá with the controversial Charamusco style, siguiriyas in the line of Mairena-Talega and trilla, carrying on the tradition of the late Fernando de la Morena.  A classic repertoire of down-home flamenco to continue to feed today’s singers so they don’t get lost along the way.  He was accompanied on guitar by the young but experienced Antonio Malena junior, and the rhythm of Javi Peña and Ale Fernández.