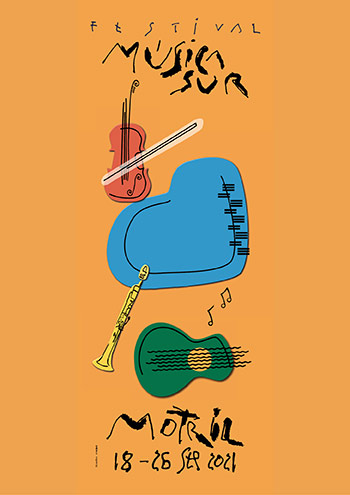 Four years ago, Madrid dancer Concha Jareño came to the Festival de Jerez with nearly the same group, but with a radically different concept.  That work was based on a complicated libretto, employed many accessories and several nearly obsolete song forms.  I wrote at the time that I would prefer interpreters just got on with their dancing and singing without so much intellectual baggage.

Last night the dancer returned to the Villamarta theater with a new show with the concise title: “Flamenco Recital”, two words and a whole declaration of intent that seems to respond to that sentence I wrote back in 2015.  In the presentation on the previous day, Jareño stated that current dancers “explain situations, experiences and forget to just dance”.  Thanks to the talent, intelligence and good taste of Concha Jareño, the “novelty” of dancing flamenco with no conceptual story line or narrative was perfect.  Although the first few pieces drew tepid applause, the artists, all fine professionals, won the audience over and in the end there was a long effusive ovation.

Opening with tangos de Granada, she did a fine job getting that peculiar flavor with the help of her supportive back-up musicians: Canito on guitar, Manuel Gago and David Sánchez “El Galli” on the vocals, Bandolero doing the percussion and El Oruco the rhythm clapping.  After that, was a lovely guajira, full of the feeling of old Havana, and a stylized bulería por soleá.

And that malagueña accompaniment!  It seems like decades since anyone had something new to offer in the accompaniment of malagueña.  Canito, standing up with his guitar, brought fresh new sounds that were novel but perfectly compatible, and spruced up this dusty standby.

When Concha appeared in a vivid red dress, there was a hushed collective gasp “aaahh” of the audience, and I want to believe it’s a sign there is visual hunger for color in current works steeped in blackness.  And that enthusiasm was rewarded by Jareño with her bulerías dance in which she had the ability to combine studio choreography with traditional patio dancing as old folks practice it.

Siguiriyas of the two singers, at a very fast clip, brought us to the dramatic soleá in which Concha Jareño moved a large shawl like a flamencosaurus rex, and offered a dance so dense it was chewable.  With subtlety, drama and gravity this wonderful dancer shows that classic flamenco is a creature born anew each time it’s interpreted with knowledge and commitment.