Bridging the generation gap with the language of flamenco 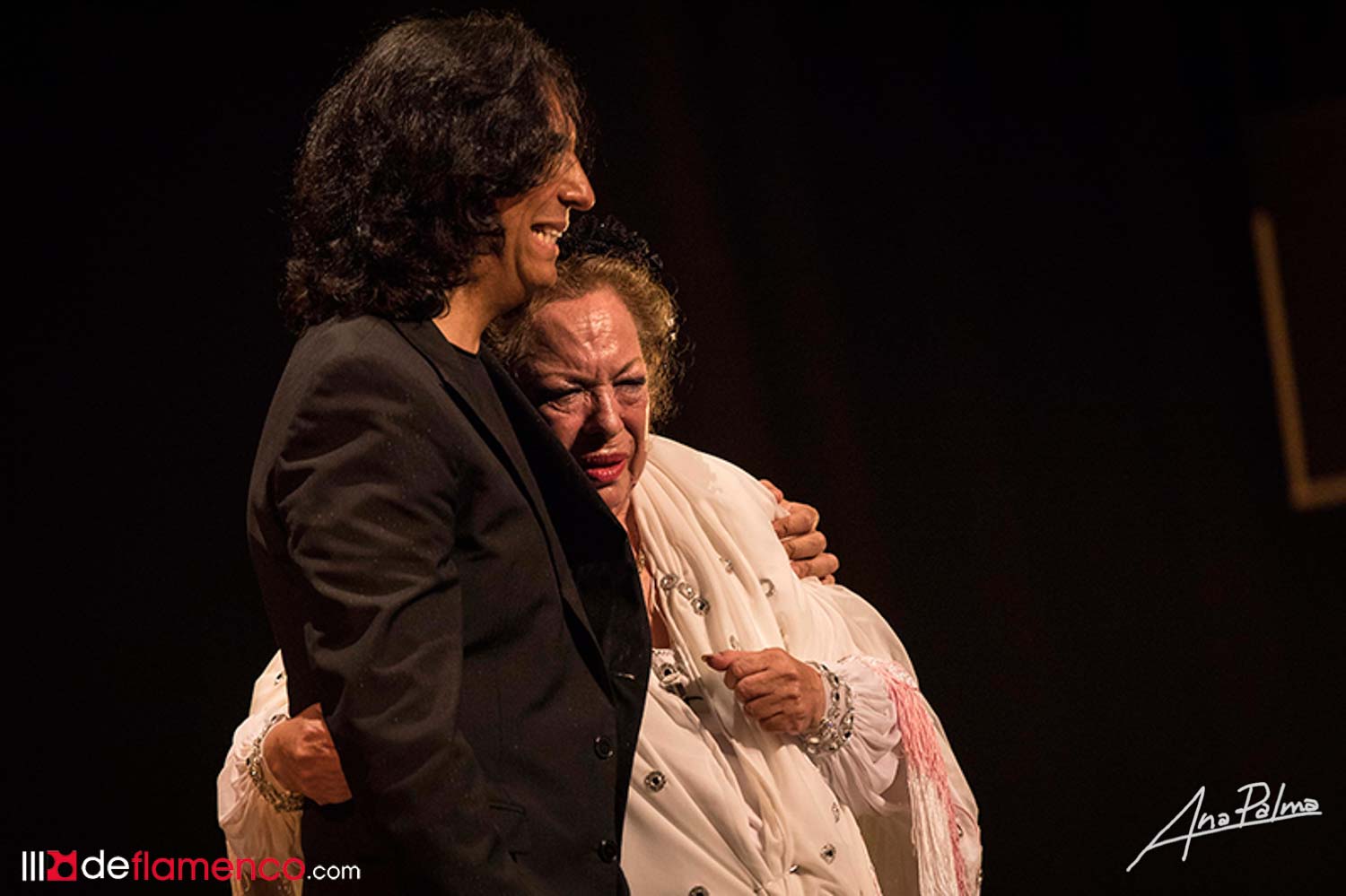 Saturday at the Festival de Jerez saw the greatest marathon of flamenco that anyone could imagine.  Some colleagues of the media tried to get to all six shows of the official program, in addition to the “Off” program and the associations or peñas with their shows and parallel activities.

Your reporter first attended one of the shows of the series “La Fiesta” for a dose of the most traditional flamenco in a less formal atmosphere than a theater.  That was the tapa.  The main dish was at the Villamarta theater, and the second course, a varied show with young Jerez artists and two popular veterans.

The titles of the two works, if read as a single sentence, seems to sum up much of the history of flamenco: Cádiz – Jerez, Cuna del arte [cradle of art], no offense intended torwards other places that are undoubtedly cradles as well.  At the press conference, “Cuna del Arte” was described as “a very well-balanced show that combines the avant-garde with orthodox expression”.  Then you read “artistic director, Manuel Liñán”, and you know there will be intelligent coherence: Liñán’s stage instincts are nearly infallible.  And so it was.  Three first-rate young dancers, Mercedes Ruiz from Jerez, and from Cádiz, María Moreno and Eduardo Guerrero, with the counterweight of La Chana.  A rich flamenco recipe to satisfy anyone’s appetite.

María Moreno danced alegrías cantiñas with a bright red long train dress and fan, and such a Cádiz feel, all that was missing was a glass of manzanilla and some chicharrones from bar Manteca to complete the tableau.  María has the ability to dance retro and make it feel contemporary.

Mercedes Ruiz, elegance, sweetness and subtlety with flashes of excitement, just enough, and a long section of footwork.  Martinete and debla dressed in trousers and using castanets, an image inspired in Carmen Amaya.  In soleá de Triana, Mercedes was braver and more powerful than in recent years.

Eduardo Guerrero with tangos moves across the stage like a stalking panther…or a dangerous lizard…or a praying mantis.  Something beyond that which is human and which is fascinating, with an overdose of footwork that seems to be the current fashion.

Then came the person who put everything in its place.  Without dancing, without even getting up from her chair, veteran artist Chana from Catalonia told anecdotes, spoke directly to the audience, to the popular Jesús Quintero and to God, “please give me the strength to remember everything I have to dance”.  Without rising from the chair, she served up powerful footwork and machine-gun hand-claps.  Diego Amador sang bulería por soleá to her without music, and somehow everything fell into place with that generational geographic mixture which, thanks to flamenco, was able to tear down all barriers.

The voices of Felipa del Moreno, Ismael de la Rosa “El Bola” and Miguel Rosendo, the guitars of Santiago Lara and Javier Ibáñez and the percussion of Paco Vega filled out the backup.

Af the Santo Domingo Cloisters, a venue that didn’t quite please everyone due to poor visibility from the audience, the show “Cuna del Arte” also mixed contemporary and orthodox approaches.  A series of individual performances included Enrique de Remache, brave in the delivery of his classic singing of siguiriya and cabal, José Mijita with a bulería song including his dance bit, Fernando Jiménez’ romance piece and the fabulous guitar of Diego del Morao. Diego de la Margara and Juana de la Curra danced, Tomasito, the eternal adolescent, pressed all out buttons with his rhythm, dance, singing and charisma, and the sisters Tomasa and María Peña Santiago filled us with nostalgia for that other pair, Chati and Paqui who, like them, sang bulerías in duet. The appearance of Diego Carrasco, and the directorial work of Pepe del Morao soaked the atmosphere with that Jerez feeling…it’s called the Festival de Jerez, right?