Flamenco books are also for summertime

by DeFlamenco
in Flamenco Specials

A selection of five books on flamenco and its ambience.

I used to think you shouldn’t be someone other than who you are in summer or away from home.  That neither distance nor heat are excuses to behave better or worse than you do in normal everyday life when the weather is cold.  I still think so, although it’s true that in summer we all have more time, which is why I don’t know if we read more, but certainly aim to do so.  From that starting-point, and from the belief that flamenco is also to be read, comes this list of suggested reading material not necessarily directed at experts, but also for outsiders who have the mistaken impression that people from the world of flamenco while away the time talking about what is pure and impure. 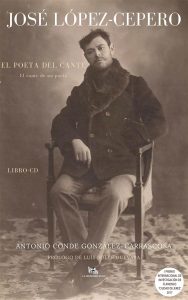 Here we have a book whose title includes word-play.  And between its covers, an exhaustive investigation of a Jerez singer who would delight any Netflix producer.  Just tracking down the genealogical trail of a “ghost man” would be enough for a series, or an essay on the binomial truth-lie, or even better, history-story.  To separate one thing from the other, is the job author Antonio Conde González-Carrascosa takes on in this book that earned him the first Premio de Investigación de Flamenco “Ciudad de Jerez”.  In telling the story of the singer’s life and work, politics and art are mixed as is only natural.  Even more so when the main figure lived through Spain’s Civil War in Madrid singing verses such as: “And with my own hands /I’ll take on Queipo de Llano / and wring his neck”.  The book analyzes the characteristics of his singing, comparing him with other singers of his time as well as the legacy he left for succeeding artists.  Rounding out this tremendous impeccable work, is a CD that for the first time includes the complete work of this singer with 138 pieces.

A book of illustrated songs.  This little miracle is actually a collection of perspectives, and that is the best thing that can be said of any signed piece of work, written or otherwise.  The author, Álvaro García, takes a look at flamenco which is simultaneously social, cutting and loving, and draws 52 songs in which a dark feeling dominates, recalling the gothic south of American literature, and some stories of Edgar Allan Poe more than the Romancero Gitano.  A perspective of the twentieth and twenty-first centuries, adorned and inebriated with other texts, because flamenco is not only from Andalusia.  A book with few words but which speaks, a delicate piece with which to gloat over the heart which also knows how to read. 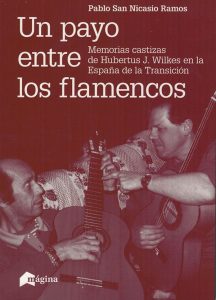 “Someone ought to interview this guy”.  It’s not the first sentence in the book, but the first impulse that explains the tone and the motivation behind Pablo San Nicasio’s involvement in the valuable work of writing about the life of the character, Dutch guitarist Payo Humberto.  The book also narrates Spain and a kind of flamenco that will never return and perhaps for this reason there’s a certain dose of nostalgia.  The book also has the feel of San Nicasio, the best narrator of what he believes and presumes, and which here is on display.  In his previous work, Contra las Cuerdas, two volumes of interviews with flamenco guitarists covering such diverse musicians as Manolo Sanlúcar and Josemi Carmona, you barely noticed him.  In these memories of Payo Humberto you hear his voice and his pulse.  And it’s wonderful. 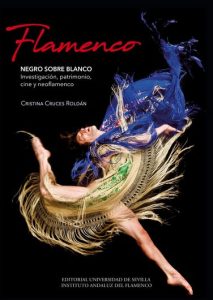 With this title, the professor of Social Anthropology of the University of Sevilla has gathered articles, conferences and investigations of recent years.  The strength of this book is in the steeping of ideas, in the reflection and observation of flamenco from its context and in something often overlooked: that a book, on any topic, must be a book.  In other words, well-written.  It’s not as obvious as you might think, because one frequent mistake of many authors who deal with flamenco, is they abuse platitudes and rely on poor criteria of edition and presentation.  Such is not the case of this volume that comes with a playful prologue by José Luis Ortiz, and in whose pages the author deals with topics such as Andalusi music and flamenco, flamenco and popular Seville religious practices, new flamenco, the intellectualization of art and a meta-topic: flamenco investigation, a subject in which is inserted an elegant but clear criticism of the lack of institutional support. 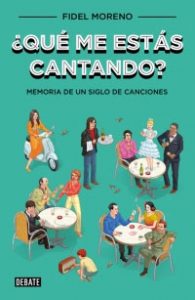 This isn’t a flamenco book, but it’s flamenco, not only because its author is fond of the genre or because La Niña de los Peines, Manuel Gerena, Bambino and Manuel Molina appear in the text, but rather because it aims to be a musical memoir of this country and, like it or not, Spain in flamenco.  The chapters, none of them long and all with a lot of rhythm, recount Spanish history of the last century to the rhythm of its songs.  Because if we all believe that this song or that speaks of us and our lives, what’s clear is nearly all speak about the system.  This is how Moreno sees it, a person for whom “Mi Casita de Papel” serves to talk about Spain as a country of owners, renting and the housing problem that came to the surface with the 2008 debacle.  A musical selection with which the author says we’ll understand our parents and grandparents, although in actual fact the result is more like an X-ray of what Spain was and, let’s not kid ourselves, continues to be.